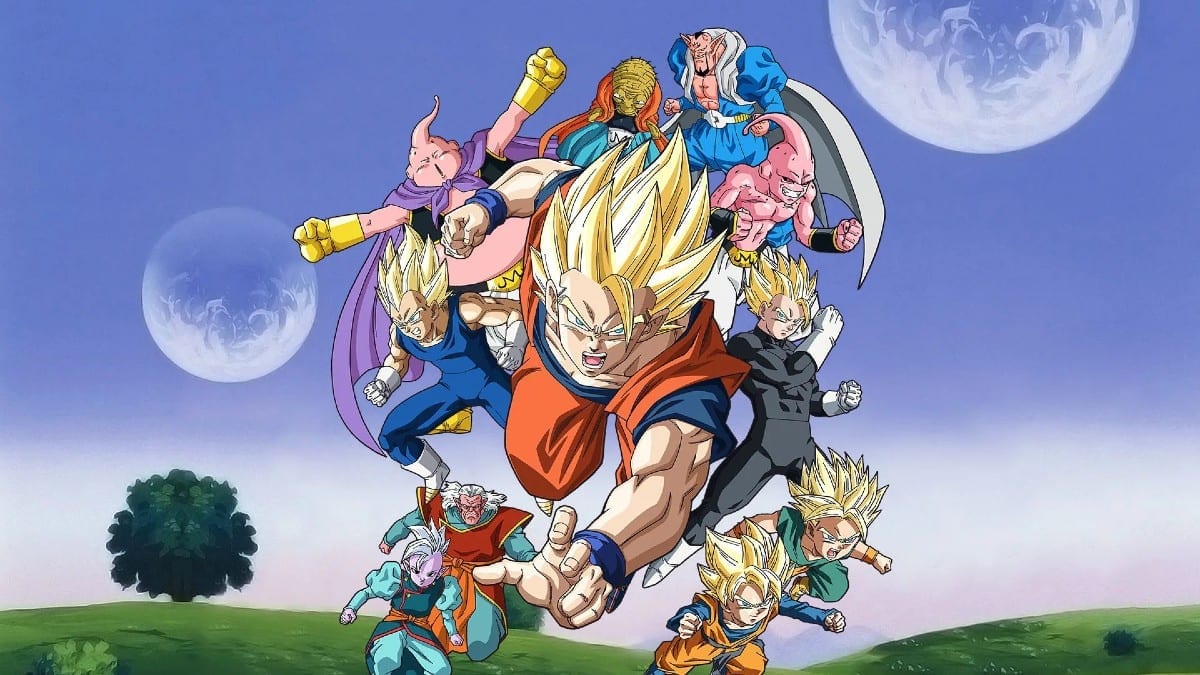 Dragon Ball Z and it’s reboot show Dragon Ball Z Kai has some things in common, but actually they are two completely different stories. That is the reason why we can get a good comparison between them, and tell you which one is in our opinion better.

Dragon Ball Z will always have the upper hand when it comes to nostalgia, offering a more relatable (yet warped) westernized version of the legendary Japanese show, while Dragon Ball Z Kai gets to the point faster, keeps the original script, and the quality is slightly better.

Keep reading to find out why we couldn’t actually give you a decisive answer on the question which show is better, Dragon Ball Z or Kai.

When talking about art, to some extent beauty will always be in the eye of the beholder. Of course, there are artistic standards that one needs to adhere to. The conclusion will need to find a balance between feelings and standards, between nostalgia and objective quality.

To understand which one is better, we first need to learn a little about the show itself, and why it has achieved global popularity.

What made Dragon Ball Z so great?

Dragon Ball Z has surpassed the status of a simple show. It is a cultural milestone that has defined an entire trend of animation and art. It also introduced a generation of kids to anime, one of the few popular foreign art forms adopted by the West.

At its essence, this was a series designed to be a gag comedy show with some fights thrown in for good measure. To the surprise of its creator, Dragon Ball’s popularity grew proportionally to the amount of “serious” content that was included. The more fights he added, the higher the manga sales.

When it came time to adapt the manga into an anime, the series was split into two parts: Dragon Ball, and Dragon Ball Z. The latter covered the series protagonist Goku’s adult years, featuring mature themes like death, genocide, struggle, destiny, and hope.

Dragon Ball never earned much popularity in the West due to several factors. First, it was based on Eastern mythological references that simply flew above the heads of many Western people. Second, it had a much more funny and lighthearted tone. Japanese humor can be very different, attracting only a niche audience and repelling others.

It was possible to easily pick up watching Dragon Ball Z, without having viewed a single episode of Dragon Ball.

So, why was Dragon Ball Z popular?

Because it was a groundbreaking show which aired at the right place, at the right time.  As previously mentioned, Dragon Ball Z featured much more adult themes and a more serious tone overall. While Dragon Ball showcased many Eastern mythology references, DBZ had Western pop-cultural inspirations such as the Terminator or Superman.

For example, in the very first episodes of DBZ, we find out that Goku is an extraterrestrial that looks just like a human, sent to Earth in a pod by his parents, just before his native planet got blown up. Sound familiar? It should, considering that it is nearly identical to the premise for Superman.

In another arc, we see a young man traveling back in time to avoid a future destroyed by androids. That is a Terminator reference.

This made the show much more relatable for kids outside of Japan. Also, Dragon Ball Z’s inspiration was not plagiarism, because it added its own spin on the storyline. This resulted in one of the most unique and epic shows that ever aired on TV.

Its timing was also impeccable, airing on Cartoon Network’s Toonami timeslot. An entire generation of teenage boys was growing its interest in more violent and action-oriented content. Themes like unwavering ambition and relentless passion also appealed to young men.

The flaws of a masterpiece

In many people’s opinion watching heroes like Goku is much more satisfying because he works for everything he has. You see him doing push-ups, locking himself away for years to train, failing miserably, and then recovering. You get to see the human struggle of relentless ambition. He isn’t just bitten by an insect and sprouts superpowers.

The story is also a slow boil, given that DBZ often includes character reactions, long discussions, and dreaded filler episodes. The payoff for all of this is proportional to the time and emotion you invested along the way.

For some, that is viewed as boring and slow. Many criticize the endless talking and screaming, forgetting that non-stop action just becomes a non-distinct blur after a while.

What is Dragon Ball Z Kai, and what does it change?

Almost everything that was said about Dragon Ball Z, can be applied to Kai. This new release tried to fix the flaws of DBZ, and introduce the franchise to a new generation.

Most fans saw the show dubbed by multiple studios with English voice actors. Many lines were changed and censored. Some classic DBZ quotes weren’t even in the original show. They were simple dub changes. Some of the most notable ones were Goku’s Superman-like speeches, designed to make him much more of a hero than he was.

The Saiyan was intended to be a more nuanced character, with his dark side on full display in his moments of selfishness and even cruelty. Kai offers an unaltered script.

Shounen series are usually based on manga, but the anime can sometimes get ahead in the storyline. While the manga catches up, the studio usually produces some low-budget, non-canonical episodes called fillers. Fillers can be funny, bland, or boring.

Dragon Ball Z has a lot of filler, although it is not as bad as the filler from other franchises.

The famous driving school episode, the Garlic Jr., and fake Namek sagas are notable examples. Kai has removed all fillers, leading to a more streamlined show.

Every moment is canonical, original, and important.

The English Funimation dub of DBZ features a unique soundtrack from composer Bruce Faulconer. It is a very polarizing topic, with many Westerners claiming that Bruce Faulconer was to DBZ, what John Williams was to Star Wars.

Kai did not include that soundtrack, opting for the original Japanese Score. Those who wish to view the show in a format as close to the original as possible will prefer Kai.

In conclusion, it depends on you to decide which is better. Dragon Ball Z will always have the upper hand when it comes to nostalgia, offering a more relatable (yet warped) westernized version of the legendary Japanese show.

On the other hand, Kai gets to the point faster, it keeps the original script, and the quality is slightly better.