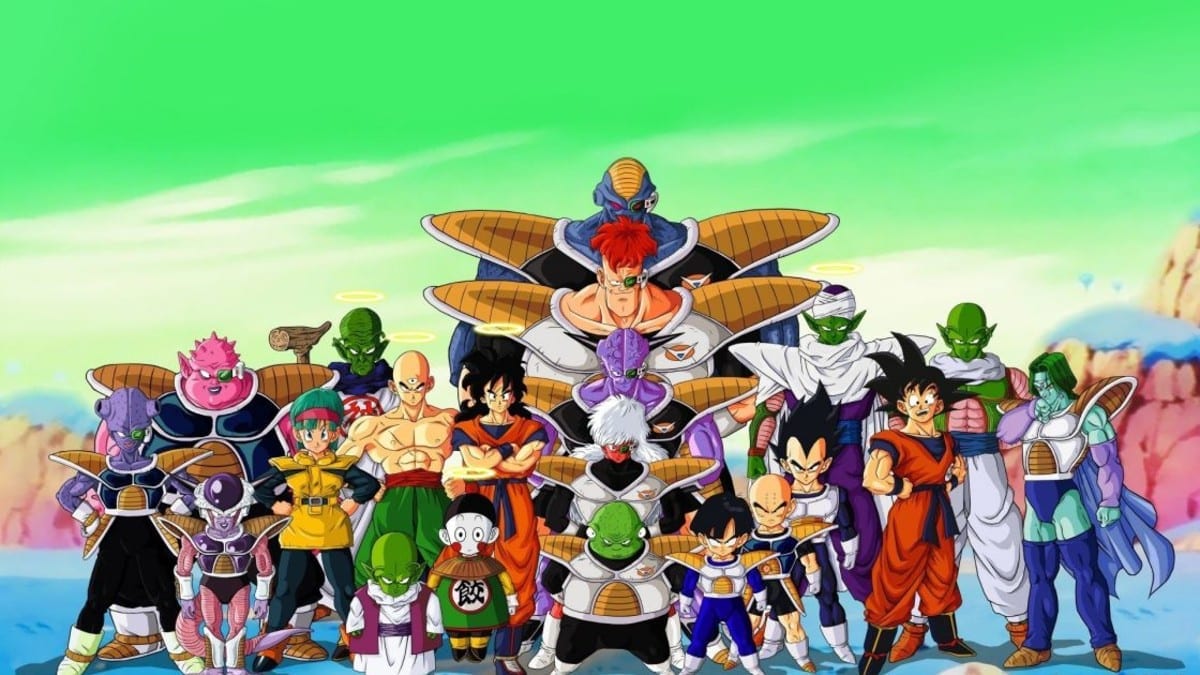 It can be confusing for a new fan to enter into the world of Dragon Ball Z. This is one of the most engaging and action-packed stories ever put to screen. An entire generation of children and teenagers grew up with the old version of Dragon Ball Z on Cartoon Network’s Toonami.

Dragon Ball Z is longer, with much more filler and boring moments, yet the payoff is more satisfying. Add to that the excellent soundtrack, and you can see why we recommend it before watching Dragon Ball Kai.

For certain, DBZ has its flaws. It is plagued by fillers, inconsistent dubbing, script changes, and a slightly lower resolution. However, It would be advisable to watch DBZ first, before watching its more modern, originalist version: Dragon Ball Kai.

Here is a bit of clarification so you can follow the rest of the article easier:

Dragon Ball Z– the original release, available in both Japanese and English. However, most points will be targeted towards the old, unmastered English dub

Dragon Ball Kai – the modern release of DBZ, without any fillers. It includes the original soundtrack of the show and an unedited script.

Should You Watch Dragon Ball Z or Kai

Here are some of the principal differences between the series, and why it is best to watch DBZ first:

Although this may seem like a drawback at first, Dragon Ball Z was a mess when it first aired. Japanese media can take liberties with many more things when compared to American programming. In the original Japanese show, there was a healthy amount of blood and gore, cursing, and even negative behavior by the protagonists themselves.

Once in American hands, the show was heavily edited to resemble more of a superhero saga. The series creator wanted to portray Goku as a profoundly selfish character.

His biology is that of a Saiyan. Every cell in a Saiyan’s body makes his care about 2 main things: fighting, and food. Otherwise, they show a complete disregard even for biological family. They mate more like reptiles, not caring what happens to their children after they are born. Another accurate way to describe Saiyans would be Spartans in Space.

Goku’s brain trauma erased his malevolent nature and made him lose his sadistic love for cruelty. However, he channels that fanaticism into a devotion to competitive fighting.

Many internet memes make fun of Goku’s lack of concern for his children or his poor parenting skills. It is not an inconsistent trait in the protagonist’s personality, it was planned for the start. Yet, this fact can be a little jarring for a teenage Western audience. The classic Dragon Ball Z broadcast and dub mitigated some of that influence. Goku was often called the “Japanese Superman” for a reason. The editors made it seem that way.

Sound plays a very important role in memory storage. Everyone has experienced hearing a certain sound, only to have a tidal wave of memories and emotions flood their mind. A few notes of a tune can take us back many years, to a time when the world seemed more simple.

A soundtrack works best when you don’t even notice its there. When watching a good show, the music should blend in with the action itself, forming a symphony of movement and sound.

For Western Dragon Ball fans, those sounds are represented by the Bruce Faulconer soundtrack. The original Japanese series had its fair share of legendary tunes. However, it did not resonate as much with people from outside of Japan.

It can be argued that the Bruce Faulconer score better represents the show and its tone. It is fast, loud, and larger than life. It makes clever use of electric guitar sounds, piano notes, and synthesized sound.

That, coupled with the characters screaming in rage, pulses of energy on the screen, and environmental effects, paint an effective picture. You get the impression that two God-like beings are fighting, struggling to defeat each other without shattering the planet that hosts them.

It’s the best adrenaline rush that you can get while sitting on your couch. It’s no wonder teenage boys adore Dragon Ball Z.

For the unique, custom-made soundtrack alone, you should watch DBZ first.

However, there are some drawbacks. These reflect not the soundtrack itself, but the editing of the show.

The Dragon Ball anime was made to include many dramatic moments of silence and pauses. Dramatic tension was enhanced by nervous gulping or just awed, slacked-jawed stares.

The English version of DBZ is edited in such a way that all silences are filled, completely killing the tension. Also, there are a few scenes where the volume seems a little off, and the music plays over the character’s lines. Still, you owe it to yourself to check it out.

Dragon Ball Kai keeps the original Japanese release soundtrack. To some, it best reflects the series tone and adds a more mystical feel to this mythological adventure.

I am unique among Western viewers, given that I saw the original Dragon Ball series first, then moved on to Z. My country’s dub did not include the American soundtrack. The nostalgia argument falls flat because I was not introduced to the English score first. Yet, it is my favorite.

There is not much to be said about the animation. For a casual viewer, there will be very little difference in resolution or clarity. The difference would be much more jarring if one should compare Kai, with the original release. However, the original has long been cycled out, even for the English dub. A Dragon Ball Z remastered DVD set was released in the early 2000s offering improved image quality and widescreen support.

The original English dub also changed studios mid-way, with the entire cast of characters having different voices. It was confusing for viewers at the time. The remastered DBZ version fixes that, having the Funimation cast dub the entire series.

To some extent, trying to rate art is a fruitless pursuit. It all depends on subjective attachment, nostalgia, and preference. Dragon Ball Z is longer, with much more filler and boring moments, yet the payoff is more satisfying. Add to that the excellent soundtrack, and you can see why it is so popular.

However, you shouldn’t neglect Kai either. It is a brief, originalist edit that definitely should be viewed after Z.