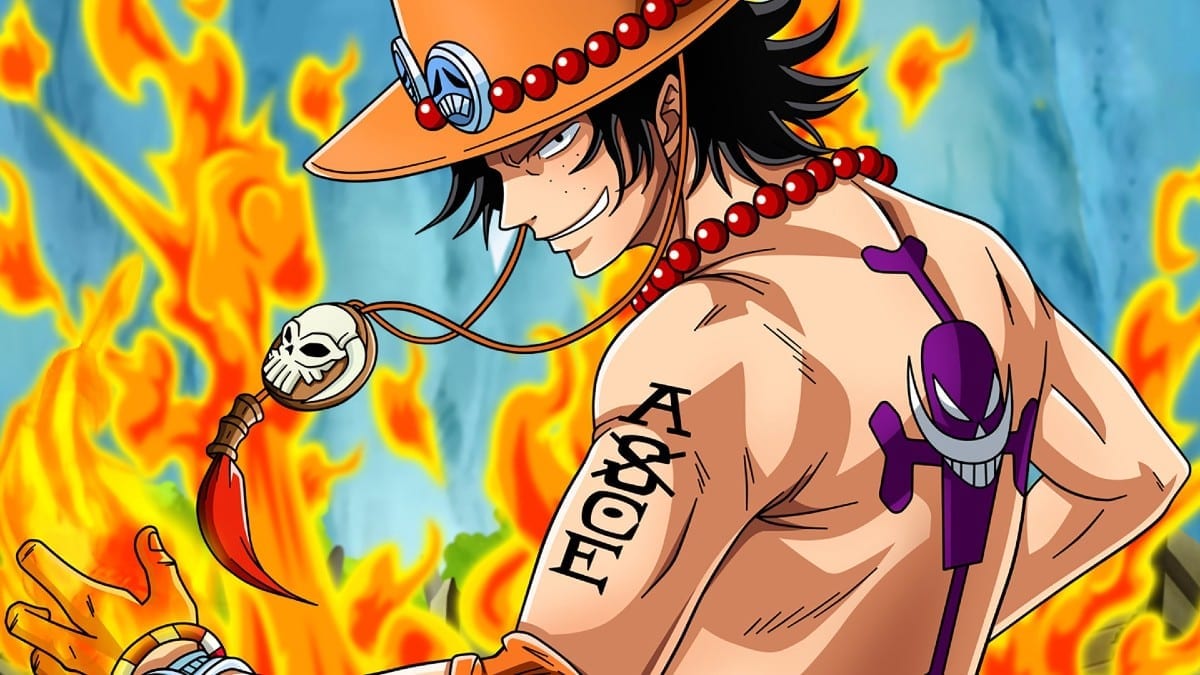 In today’s article we will let you know what does Ace’s tattoo in One Piece mean, and what does it stand for. So stay with us till the end.

It was said in One Piece, that Ace’s tattoo is essentially his name, and the crossed out ‘S’ was a reference to Sabo – Ace’s sworn brother from his childhood, who was presumed dead.

The complex anime One Piece focuses on a young man named Monkey D. Luffy, an aspiring pirate. The plot of the show follows Luffy along with his many adventures, where he meets friends and foes along his journey across the East Blue Sea to find a treasure. The treasure itself is what is referred to as the ‘One Piece’, and would allow Luffy to proclaim himself as King of the Pirates.

The One Piece anime, which was derived from the One Piece manga, was incredibly well received, with ratings after the first show just falling short of Pokémon. It quickly became popular for its interesting storyline, and distinctive yet fresh style. It became one of the top 10 anime shows based on weekly viewer ratings in Japan.

The show itself features a variety of odd and eccentric characters and events, such as Luffy’s stretchy body after eating fruit. Amongst the ever lengthening list of people Luffy would encounter along his journey, the show introduces someone quite special to him – Ace, Luffy’s adopted older brother in the show.

Ace is a rather interesting character, with a fascinating character plot and background, and his tattoos are a reflection of his past, his journey, and what matters most to him.

What do Ace’s tattoos mean?

Ace was adopted by Monkey D. Garp before his birth at the wish of Roger. He was the one-time captain of the Spade Pirates, and was the 2nd division commander of the Whitebeard Pirates. Although he was not the main character, and did not survive to see the second half of the show, Ace played a crucial role in building the developing plot of the series.

His trademark tattoos are somewhat cryptic, and there has been some speculation by fans surrounding them. However, it’s certain that the tattoos he had while he was alive were a reflection of the things that he held most dear in life.

This is quite believable, and there is evidence to support just how proud he was to wear this symbol. Ace wore an open-front shirt as a standard part of his look up until he got this tattoo, after which he never wore any upper body clothing except when required to by weather conditions.

His second and most distinctive tattoo was the tattoo saying ‘ASCE’, which had the ‘S’ crossed out with an ‘X’. This tattoo would become the most intriguing and controversial topic regarding its symbolism. In the beginning, this was taken as a joke – as if the tattoo artist had spelled his name wrong, and it was just to support his cool and carefree character.

It was then openly stated that the tattoo was essentially his name, and the crossed out ‘S was in reference to Sabo, who was presumed dead – a character who would become another big brother figure after Ace’s death. This was confirmed on a ‘what if’ cover, which depicted Ace with a tattoo simply saying ‘ACE’, as he, Luffy and Sabo stood together very much alive and well as adults.

The reference was also confirmed by other sightings of the crossed out ‘S’ throughout the series. This includes being featured on a letter Sabo wrote to his brother at departure, as well as on Sabo’s Jolly Roger. This was certainly beautiful storytelling done by Ichiro Oda, and gave quite an interesting insight into the background of what the fans then understood to be Ace.

What does ‘ASCE’ really stand for?

The tattoo which read vertically, and was positioned on his bicep, sparked a fair amount of guesswork by fans. They believed that it was something that certainly held cryptic information that would somehow make a difference to the overall plot of the show.

As stated, paying tribute to Sabo was the obvious reason for the tattoo. However, fans have speculated as to whether or not there may be more to it – with the possibility that each and every letter in the tattoo could be foreshadowing the events of the show in addition to its obvious meaning.

It is not uncommon for the creators of anime series to add small details throughout episodes, without openly stating as to why they have done so. So, it is not a farfetched idea to imagine the potential for this. In addition to the simple “ACE” with a crossed out “S” for Sabo, there are a couple more telling connections that fans have found.

There are some fans who have formed a theory stating that each and every letter within that tattoo is telling of the characters’ brotherly bond. This theory dictates that ‘A’ stands for Ace, ‘S’ stands for Sabo and has been crossed out as he is presumed dead, ‘C’ stands for ‘Cry-baby’ which was a nickname given to Luffy, and ‘E’ stands for captain Edward Newgate also known as Whitebeard.

This theory, although substantiated with mostly circumstantial evidence as opposed to official statements, is quite interesting to say the least. It certainly makes sense in terms of the overall plot of the show, the development of brotherly bonds, and the crucial significance of Whitebeard throughout the show.

The ‘X’ mark itself also becomes symbolic of the friendship between characters. This originated from the experience that the crew had when they encountered a foe who could take on the appearance of others. In order for the crew to identify each other correctly as opposed to mistaking each other for this villain, each of them marked themselves with an ‘X’. This potentially adds more meaning to ‘S’ being crossed out specifically with an ‘X’, and it may hold a reference to friendship in addition to respect for Sabo’s supposed death.

The tattoo itself makes references to various aspects of the show, some of which would only come to light and be connected after Ace’s death. It’s certainly possible that these details were not merely coincidental, and tied a seemingly simple set of tattoos to a much deeper story of friendship.