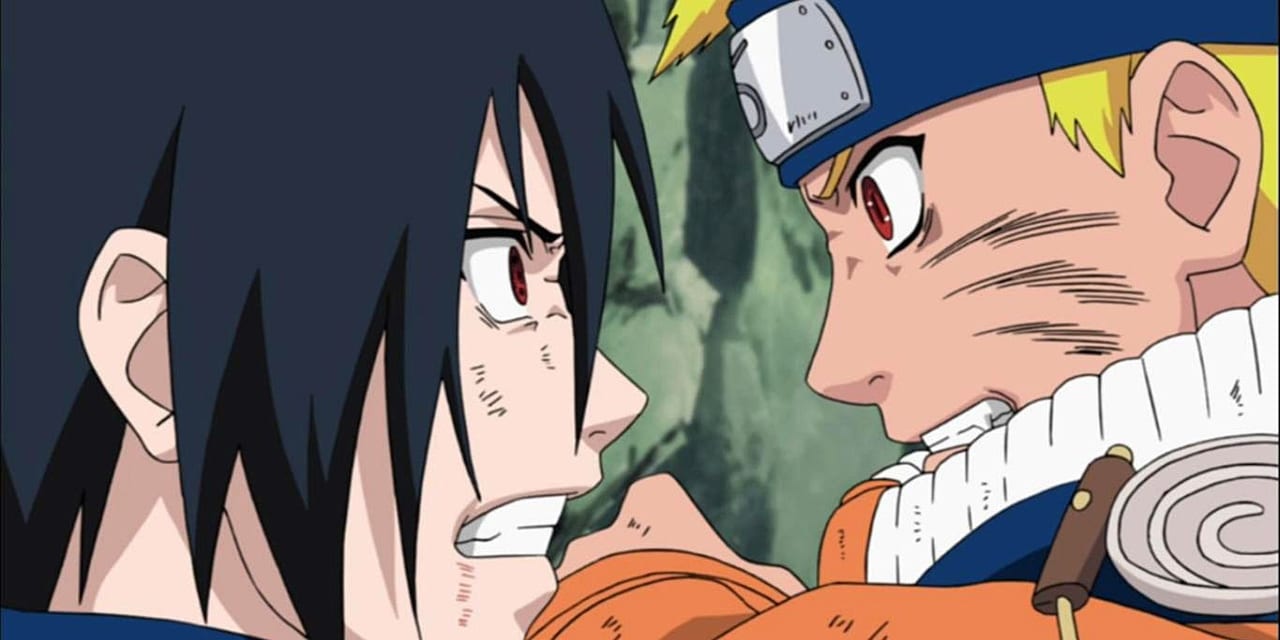 After a final battle with Naruto where he loses his arm, he finally reconciles with Naruto and leaves  Konoha (Leaf Village) to travel the world. A journey to find himself, reflect on his past and future, and to escape from his mistakes and memories stemming from his brother Itachi and his training.  He decides to leave Naruto and the village is the best thing he can do for him and the village. So, when does Sasuke come back to Naruto?

Sasuke can not stay away from Leaf Village for good. He returns to his beloved Leaf Village once again after the 4th Great Ninja War to help protect the village from enemies.  He never resides in the village again, only making short stays and appearances when needed.

Naruto is a ninja adventure story with so many plot twists, betrayals, friendships, and fights that it’s sometimes hard to know who is a friend and who is an enemy. And both Naruto and Sasuke have battled as allies and enemies but they always seem to keep being part of each other’s lives.

In this article, we will look at the different times Sasuke has left and returned to Leaf Village and the reasons why. We will also look at the relationship between his long-time teammate, friend, and enemy Naruto.

Does Sasuke ever come back to the Leaf Village?

As Sasuke and Naruto grow up, from training together and youth and being part of Team 7, to when Sasuke tries but fails to defeat his brother Itachi who murdered his entire clan and family, Sasuke grows more skilled yet more determined to get revenge.  He turns to the dark arts and becomes not only an outlaw but the enemy of his once good friend Naruto.  In contrast with Naruto, Sasuke is a cold, independent, and revenge-driven character who doesn’t seem to have any deep connections with people or society.

Scarred by the trauma of his childhood when his entire clan is murdered in front of him including his parents by his older brother Itachi.  His life then goes from respecting his brother and training to be a good ninja, to attaining the power to kill his brother. But his brother is always stronger.

It is from this failed attempt to destroy his brother and seek redemption for his clan, that he decided to leave the Leaf Village and train further with Orochimaru to gain the power, skills, and strength needed to finally kill his brother.

When does Sasuke come back from Orochimaru in Naruto?

At the end of Part I, Sasuke has left the Leaf Village to train with Orochimaru, a former ninja of Leaf Village, and get all the power and training he needs no matter what he has to do. Orochimaru is a character who uses unethical and inhumane experimentation to cheat death.  Having immortality and both possessing snake qualities and using snakes in battle, he is a villain and quite opposite of Sasuke’s friend Naruto. Yet he decided to join and learn from him. Putting aside morals, decency, or honor, he becomes cold, sadistic, and power-hungry.

Initially intent on continuing his criminal activities and fight for more power, he works with Tobi’s terrorist group to kill the mastermind of the Uchiha massacre that killed his clan.

But during this revenge battle, he confronts Team 7 of his past including Naruto and is set to a duel to death.  Instead, though, he must unite with the team once again to protect the village from evil forces.

When does Sasuke come back in Naruto?

Re-joining Team 7 and returning to the village, Naruto and Sasuke once again join forces to battle, various enemies, like the Ten-Tails monster in order to keep order in their village.  Despite teaming with his past allies and being on good terms with Naruto, his motivations still seem to be devious as he is focused on revenge and redemption.

Once again the friendship turns violent with Naruto and Sasuke fight to decide the fate of the village.

Sasuke eventually loses both the fight and his left arm.  He is defeated and finally surrenders to Naruto and decided to reconcile his friendship with him.

Defeated but pardoned by the town leader and reconciled with Naruto, Sasuke leaves the village on a world journey. Leaving the town behind, Sasuke decides to continue his training and journey outside the village.

This is the last time he will reside in the village.

Why is Sasuke never home?

After leaving the village and trekking around the world, he finally does return, ends up marrying his life-long friend and fellow teammate Sakura, and has a child. Despite having a family though, he doesn’t stay in Leaf Village.  Instead, he continues his long-distance relationship away from his wife and his daughter Sarada.

He does return occasionally to the Leaf Village throughout his journey to meet his family and help the village when needed, but he stays in the shadows and decides it’s best to protect the village from afar.

His love-hate relationship with the village and Naruto as well as his past with his brother Itachi and those that were involved in the Uchiha massacre are too deeply rooted in his mind for him to return to Leaf Village for good.

Guilt about the methods he used to gain his powers as well as all the crimes and evil things he did to attain the power also makes him feel like staying away is better. But despite his feelings, he still has a connection with the village and the people living there which is why he continues to fight to protect it from enemies.

When does Sasuke come back in Boruto?

Boruto, is the spin-off of Naruto and also the name of Naruto’s son. In these stories, Sasuke returns to the village when evil characters connected to his past teacher Orochimaru once again threaten the safety and peace of his village. He teams with Naruto and his own daughter Sarada to fight these enemies and protect his village. His chance to bond with his daughter and support Naruto brings him back to the village.

There are also instances when he must return to the village to help fight other intruders when he meets Naruto’s son Boruto.

Sasuke becomes Boruto’s mentor and teaches him some fighting skills as well. Sasuke takes a liking to Boruto and decides to take him under his wing. They are partnered together when Boruto’s father, Naruto is kidnapped and must be saved. The trio Naruto, Boruto, and Sasuke team to try to defeat the Momishiki. They join forces for the common good to attack and defeat outside enemies.

However, in another fight against the evil known as Jigen, the ninjas are unsuccessful and Sasuke retreats to the Leaf Village despite having left Naruto prisoner to the enemy.

Despite the ups and downs and roller coaster of events both characters face in their lives, they seem to end on good terms. They often cross paths, have major battles with each other and against each other, but in the end are true friends.

Not only do they seem to reconcile after the final fight where Sasuke loses his arm, but even though Sasuke doesn’t return to the village for good, he is always there to help the village and his friend Naruto.

And the most undeniable reason why Sasuke is definitely considered Naruto a friend is seen in the Borotu spin-off. Not only does he consistently find information and provide it to Naruto to help keep the town safe, but he also decides to mentor Naruto’s son. More like a brother to Naruto and uncle to Boruto, Sasuke risks his life and goes off to battle enemies to further strengthen the bond of the two friends.

Whether you are a fan of Naruto or Sasuke, it can’t be argued that Sasuke is an important character in the story and part of the reason why Naruto is the way he is. Without Sasuke, Naruto could never fully reach his potential and vice versa. Naruto and Sasuke are two characters that work together and against each other to form their true final temperaments. And whether Sasuke is a hero or a villain can be ambiguous but what is for certain is that he is definitely a deep, strong-willed, sensitive, and true character.