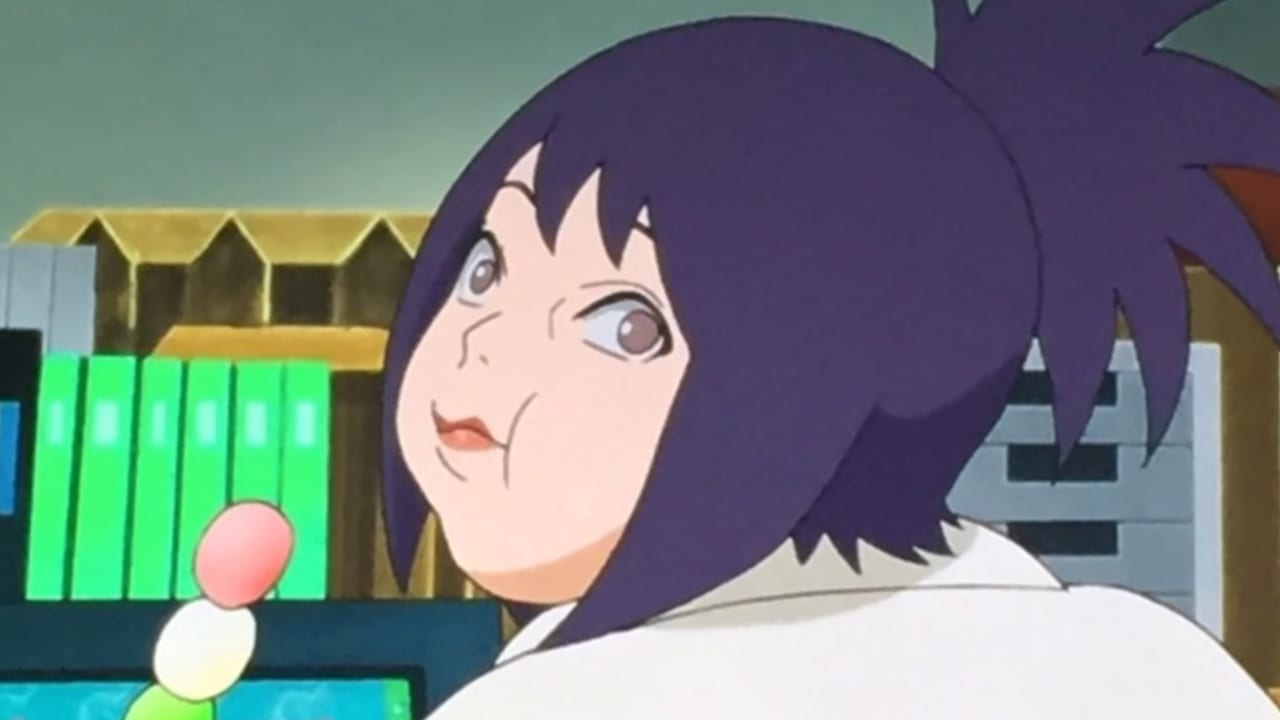 In the Naruto universe, Anko Mitarashi is a tokubetsu jōnin (a high-level ninja with a particular specialization) who is renowned for her combat skills. Aside from her prowess as a ninja, she also garnered a cult following from Naruto fans because of her beauty as well as her tough personality. It is safe to infer that Anko is a sort of celebrity among the Naruto community.

But when Boruto: Naruto Next Generations (the sequel to Naruto: Shippuden) released, fans were dumbfounded to see that Anko turned a complete 180-degrees. From a slim and beautiful kunoichi (female ninja), she suddenly turned into an overweight instructor at Konoha’s academy. So, what happened exactly? Why and how did the once-formidable Anko Mitarashi get so out-of-shape?

Anko Mitarashi became an instructor at Konoha and this led to her decreased physical activity compared to before. She was also continuing her unhealthy habit of eating high-calorie sweets and was aging, which was likely slowing her metabolism. These factors led to her drastic weight gain.

Anko Mitarashi is a very interesting character, particularly because of the irony of the idea of a physically fit ninja addicted to eating sweets (until it got out of hand). But aside from that, there is more to explore in Anko’s character such as her origins, details on her eating habits, possible reasons for said habits, and the like. In this article, we will expound exactly on those so now let us get to know more about this veteran shinobi.

Why did Anko Mitarashi get so fat in Boruto: Naruto Next Generations

Firstly, we must understand the nature of Anko’s life before she became overweight. Ever since she was a child, she was already physically training as a genin (a novice ninja) under the mentorship and supervision of Orochimaru (the antagonist of Naruto). Anko was a naturally gifted fighter and because of this, Orochimaru gave more focus towards her by teaching his personal techniques and other signature jutsus. However, Orochimaru was not exactly a completely benevolent teacher as he eventually used Anko as a test subject in an attempt to mark ten subjects with the Cursed Seal of Heaven (which grants the sealed with extraordinary but sinister powers).

Orochimaru’s twisted experiment resulted in the deaths of all subjects with the exception of Anko and this resulted in Anko distrusting her master. Orochimaru did not want to kill her so he instead altered Anko’s memory to make it seem like she was too weak and lacking to actuate the seal.

What we can deduce from this is that Anko suffered from a traumatic past as a genin and this likely contributed to the development of her unhealthy addiction to sweets, which she carried all the way to adulthood.

In spite of her affinity towards sweets (especially Dango, which we will discuss later), Anko still managed to stay fit for most of her life as a shinobi. This is because the life of a shinobi is constitutionally composed of military expeditions that require physical and mental prowess. In fact, Anko has done 647 of these. She even participated in the Fourth Shinobi World War (the major conflict in Naruto: Shippuden) so this also added to the physical burden of being a shinobi. By being consistently physically active, the myriad of calories gained from her eating of sweets just burned consistently alongside. After all, just as long as there is a balance of the calories burned and the calories consumed, weight loss nor gain will not occur.

However, what happens if those become imbalanced? Well, that is exactly what happened to Anko and in her case, the side carrying the calories consumed became the “heavier“ side. After the war, Anko became an instructor of Konoha’s academy. The life of an instructor is passive and not as physically demanding as that of a shinobi’s and because of this, Anko finally got to somewhat retire from her old life. She may have retired from her life of combat but she certainly did not retire from eating sweets all day.

The events of Boruto: Naruto Next Generations did not transpire until 10 years after the war. This means that for 10 years, Anko did nothing but binge on sweets all the while gradually ignoring exercise. It is no surprise that she eventually lost her shinobi physique after all this and ended up being grossly overweight.

How did Anko get fat?

As mentioned previously, as long as there is a balance of calories burned and calories consumed, the weight will neither decrease nor increase. If more calories are consumed than calories burned, then the weight is gained; otherwise, if vice versa, weight is lost. This is why people who aim to become thinner eat less since doing so decreases total calorie consumption.

Additionally, these people also eat vegetables and fruits often since these are low-calorie foods. In the case of Anko however, her favorite and most binged delicacy is Dango, which is a high-calorie rice dumpling usually accompanied by bean paste and the like (extra calories).

According to a fan-book, one stick of Dango contains 120 calories. During a physical exam, Anko apparently ate a whopping 53 sticks and a cup of Oshiruko bean soup worth 370 calories and this all totaled to a massive 6730 calories or four days worth of energy. Even if it was for a physical exam, it is undeniable that Anko’s eating habits were unnecessarily excessive at best and borderline unhealthy at worst.

This gives us an idea of how Anko’s daily eating habits are. If she could eat beyond normal levels just for an exam, then she definitely does the same too throughout her daily life. Now imagine that this extraordinary eating habit is combined with a lack of physical activity and then add 10 years of both of that in the equation and you will get an obese shinobi.

Another factor that should also be looked at is Anko’s age. During the events of Boruto, she is approximately 40 years old which means that aging is finally taking effect. As a person ages, metabolism slows down and this entails that the body will be more likely to store fat. This is exacerbated by Anko’s lack of exercise.

Interestingly, Anko may just be born to be an ultimate consumer of Dango since her name actually comes from a Japanese sweet red bean paste which is used in Dango. Likewise, her surname Mitarashi is also the name of a Dango syrup.

Did she lose weight later?

According to the recent chapters of the manga as well as the episodes of the anime, Anko still retains her obese frame. Since both the manga and anime are still ongoing franchises, it is still possible that Anko will gain back her shinobi physique in a future story arc, if the author (Ukyō Kodachi) chooses to do so.

What happened to Anko at the end of the series?

In the ending of Naruto: Shippuden, Anko attempted to stop Kabuto Yakushi (who was a villainous sidekick of Orochimaru) from empowering Orochimaru with Summoning: Impure World Reincarnation (a resurrection ritual). However, she was defeated by Kabuto and was then exploited as a power source by having chakra (a substance that serves as essential fuel to jutsus) extracted from the Cursed Seal of Heaven she received from Orochimaru when she was a genin. Afterward, Itachi Uchiha and Sasuke Uchiha arrived and managed to defeat Kabuto.

Sasuke, who wanted to personally confront Orochimaru, revived him using the Evil Releasing Method. However, this method caused Anko’s cursed seal to disappear for good in the process and she remained unconscious all the way. It can be assumed that considering the removal of her cursed seal as well as the conclusion of the Fourth Shinobi World War, Anko decided to turn over a new leaf as the events of Boruto: Naruto Next Generations eventually unfolded.

Ten years after the war, Anko became an instructor at Konoha and as we all know very well by now, she became overweight from her Dango addiction. She was assigned as the instructor to Boruto Uzumaki (Naruto’s son) along with other novices. The majority of the events of Boruto so far showed Anko being a serious and caring instructor who is determined to see her trainees grow up as an expert shinobis in the same way she did (minus the cursed seals, of course).

Anko still somewhat retains most of her combative abilities as she was shown to have used them in battling the novices as part of their training. However, it was clear that Anko was likely not as strong as she was before since the novices managed to defeat her as part of their graduation exam. Anko is still overweight in both the manga and the anime so it entirely depends on the author if he wants to thin down Anko in future arcs.