Considering that Peacemaker was set to become a spin-off of The Suicide Squad and that James Gunn produced and directed it, it wasn’t a secret that the movie was going to be full of different jokes. One of the recurring jokes throughout the entire series was Peacemaker telling insane (and often disgusting) stories about notable DC superheroes. And we are here to recap all of those stories and confirm whether or not they are true.

One of the earliest jokes and stories that Peacemaker made about the other superheroes in the DC universe happened in the first episode. He had just gotten out of the hospital and was offered a job by Murn in exchange for the remaining years he had left in prison. Peacemaker went back to his father’s house to retrieve Eagly.

As Peacemaker was about to enter the house, Auggie’s old and nosy neighbor started poking around after recognizing who Christopher Smith was. He called Peacemaker a villain and told him that Batman was a true hero.

RELATED: The Batman Is Officially The Third Longest Superhero Movie Ever

That was when Peacemaker told the old man that Batman was a p*ssy. And that comment is actually deeper than just a mere insult at one of the most popular characters in history.

But before we get to that point, it is interesting to note that DC almost never approved that line in what was one of the more confusing moments for James Gunn, who said:

“I was very surprised because they were not too fond of Peacemaker calling Batman a p*ssy. I’m like, ‘But he talks about all these other terrible things about all these other superheroes that are much worse than calling Batman a p*ssy.’ Not only that, Batman is the only one he makes a fair point about; everybody else, he’s really just believing stuff that he read on the Internet. Everything that he believes is kind of nonsense, and Batman is the only one has a point of view on that makes any sense whatsoever.”

“I don’t know why him calling Batman a p*ssy is potentially more offensive than him saying Superman [has a poop fetish]. I don’t understand why one was brought up, and one wasn’t.”

To be fair to Gunn, DC maybe wanted to avoid the backlash coming from feminist movements who take offense to insults usually pertaining to women. And this was something that was made clear in the Harley Quinn animated series where Doctor Psycho got canceled by women when he called Wonder Woman a c*nt on television.

Going back to where Peacemaker was coming from, he came back to his father’s house later in the series to retrieve more helmets and a new costume. The old man once again stuck his nose into Peacemaker’s business, who got annoyed and told him that Batman got people killed because he was not willing to do the dirty work and kill the villains he apprehended. So, while the p*ssy comment may be offensive, it was true in Peacemaker’s point of view because he didn’t see Batman as someone who would do what it takes to keep people safe.

In Episode 5, Peacemaker proved that he was not done with all of the stories he had about the members of the Justice League. This time, the superhero he took a shot at was none other than Superman himself.

When the team saw that animation, they took a shot at Economos, who said that aliens aren’t too shy about entering the butt. Vigilante calls him out as a bigot because he didn’t believe that aliens are that gross. That was when Peacemaker countered Vigilante’s comment. He said that Superman, who is an alien, actually has a poop fetish.

Meanwhile, Harcourt counters Peacemaker’s claims as nonsense because his stories about the superheroes have no grounds whatsoever. But Chris told her that he Googled it and verified it as a fact, even though we all know that Superman’s poop fetish is probably fake.

Then again, while this was merely a joke, it does fit into Peacemaker’s character as someone whose opinion of other people was poisoned by his father’s bigotry. He may have also seen Superman as someone entirely different from they are (even though he is white) because of the fact that he has alien origins. That would explain why he has such a ridiculous view about the Man of Steel.

This was just a quick side comment about Wonder Woman, as what Peacemaker said about her is actually quite self-serving instead of as an insult to the superhero. And this happened when Peacemaker made a guest appearance in a school.

When he was telling the kids stories about his exploits as a “hero,” he went on to ask them if they had questions. One student asked him whether or not he had met Wonder Woman in the past. Peacemaker told him that he had never met her personally. However, his self-serving comment came in the form of this statement:

“I’ve never met her, but she did spend an entire party eye-effing me from across the room.”

So, while it wasn’t an insult, he did believe that Wonder Woman was attracted to him and was checking him out during a party they both attended.

Peacemaker, just moments after claiming that Wonder Woman was checking him out, made an insulting comment about another Justice League member. In that scene, a kid wearing a Flash T-shirt asked him whether or not he had met The Flash. Peacemaker had this to say:

“Yeah, I’ve met The Flash. Like everyone else who’s ever met him, I thought he was an unbearable d-bag.”

To be fair to Peacemaker, his comment about Barry Allen might have arisen out of the fact that he got annoyed by questions that weren’t about him but were about the other superheroes in the DC universe. He probably only said that about The Flash to shut the kid up.

The final (yet not the best) comment that Peacemaker made about a superhero in the Justice League was about Green Arrow. And this came naturally throughout the course of the team’s discussion regarding their plans on how to defeat the butterflies.

When they were discussing how they were going to put the sonic boom helmet inside the barn where the butterfly cow was, Peacemaker suggested using a fishing line. And that was when Vigilante said, “like Green Arrow?”.

RELATED: Hawkeye vs Green Arrow: Who Is the Better Archer?

Peacemaker immediately made a comment that Green Arrow goes to Brony conventions dressed as the back half of Twilight Sparkle with a four-inch butthole drilled in the costume, to which Adebayo countered by saying, “He has an insane story for every superhero.” But Economos suggested the rumor to be true by saying, “No, I actually heard that’s true about Green Arrow.”

Essentially, this was the first “true” story that Peacemaker told about the members of the Justice League. But whatever he meant about Green Arrow attending Brony conventions dressed as a My Little Pony character can be quite out of character for the hero. Then again, it might be true because Economos does have a history with ARGUS, and that means that he probably knows what he was talking about.

This is probably the funniest and most recurring joke throughout the entire series. And this happened in the first few minutes of the first episode when he was talking to the janitor of the hospital he stayed at while recovering from what happened in The Suicide Squad. In one of the Aquaman comments the janitor said, Peacemaker told him this:

The joke was reiterated in the finale when Economos said that the rumor about Green Arrow was the first real story that Peacemaker said. Vigilante told him that the story about Aquaman f*cking fish was also true, to which Economos agreed.

Then, after the battle against the butterflies, the team was walking away from the barn as the Justice League arrived too late. Peacemaker told them that they were already too late. And as we walked past Aquaman, he told him to “go fuck another fish, asshole.”

Aquaman, who was revealed to be played by Jason Momoa, said that he was sick of that rumor. Barry Allen, played by Ezra Miller, countered by saying that “it’s not a rumor,” to which Aquaman replied with: “F*ck you, Barry.”

The cameo appearance of the Justice League and the comment made by The Flash essentially confirms the rumors that Aquaman does indeed have sexual relationships with fish.

To be fair to Peacemaker, he may view the Atlanteans as fish people because they do live underwater. And because Aquaman is presumed to have sexual relations with Mera, that might be where Peacemaker’s story comes from. 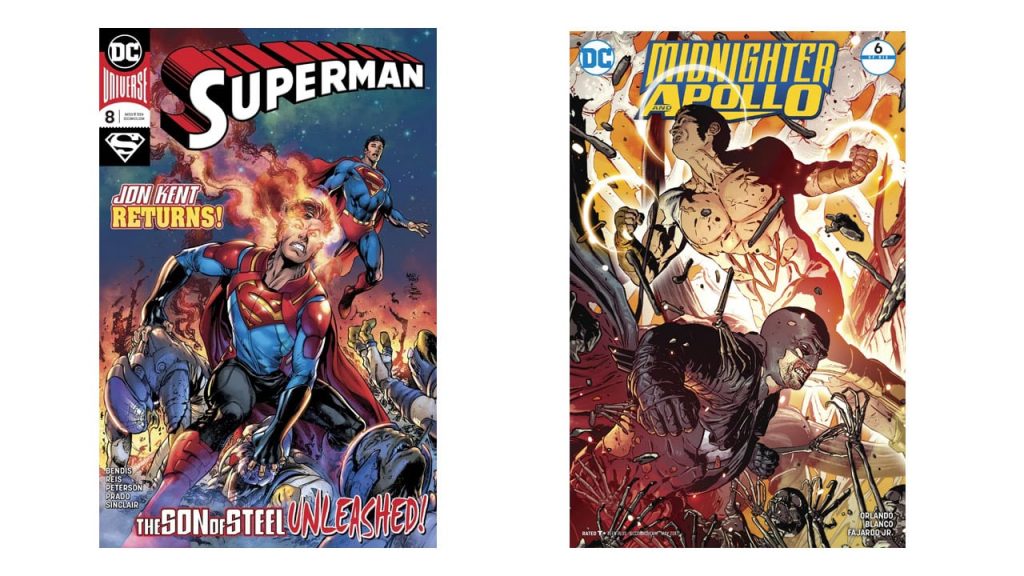