This could be the most difficult job yet for superspy Black Widow. The Marvel Cinematic Universe reached a climax two years ago with an interplanetary Endgame starring a galaxy of superheroes. How can a spy film with minimum superpowers measure up after a long COVID-imposed hiatus? Black Widow was a pandemic-busting box office hit thanks to Scarlett Johansson and a great cast of new faces, and it will be available to rent and buy beginning Aug. 10 on Disney Plus, and on physical DVD in September.

The film was released in theaters on July 9th, as well as on Disney Plus for an additional $30 Premier Access cost. The digital release date for Black Widow is August 10, while the DVD and Blu-ray release date is September 14. If you don’t want to pay extra, all Disney Plus subscribers will get it for free on October 6.

Marvel’s latest smash has made more than $60 million on Disney Plus streaming around the world, after grossing $80 million in the United States. With the winningly strange TV programs WandaVision and Loki, Disney’s streaming service eased fans back into the MCU. As a result, Black Widow’s smooth but uncomplicated action may feel even more dated. Thankfully, this sure-footed, engaging comic book tale adds a dash of Marvel magic to the Bond and Bourne mix.

Natasha Romanova (Johansson), an assassin-turned-Avenger and ice-cold Russian killer, makes her solo debut in Black Widow. So why does the film begin with a young Natasha having a happy life in the sun-dappled suburbs of Ohio in the 1990s? Natasha’s crazy family is revealed to be less all-American and more like The Americans as Marvel’s super-cops SHIELD approach.

Cut to Natasha on the run from the US government once more, except this time she’s Scarlett Johansson, and she’s in trouble for going rogue in the Captain America: Civil War in 2016. She’s safely off the grid and snuggled up in a bolthole watching James Bond movies on a tiny TV after throwing her phone in a lake. Trouble still calls, and this time Natasha must confront her own horrific past in order to pay old debts.

Everyone flaunts skintight superspy clothes and heads around the world on an escapade in the style of Bourne and Bond, complete with rooftop snipers, motorbike acrobatics, and hidden supervillain labyrinths, from the opening flashback through the post-credits scene. Along the way, a Q-style quartermaster offers assistance, while a ruthless disguised henchman makes life hard.

Black Widow isn’t as grittily imaginative as Charlize Theron’s similar spy punch-up Atomic Blonde’s stunt-filled bouts, or as seductively gorgeous as recent Bond films like Skyfall. And it’ll be interesting to see if Black Widow’s set pieces are as memorable as any stunt in the Mission: Impossible franchise, or even Marvel’s own notable moments like the elevator fight in Winter Soldier.

Nonetheless, filmmaker Cate Shortland brings the spy-on-spy action to new heights. Even without superpowers, each very mundane fistfight or foot chase quickly escalates to hilariously absurd dimensions. Although it lacks the physics-defying craziness of Fast and Furious 9, key scenes like an icebound prison break are exhilaratingly heightened and deserving of the big screen.

Most crucially, Black Widow exemplifies Marvel’s most powerful asset. The big-budget effects are all quite impressive, and there are a lot of tense set pieces. However, since the release of Iron Man in 2008, Marvel films have had their fair share of clumsy plots, lackluster action, and forgettable villains. The plot of Black Widow revolves around another device that the film doesn’t seem to care about, and the villain Taskmaster is underdeveloped. The casting, on the other hand, is what makes Marvel movies work every time. When it comes down to it, the Marvel Cinematic Universe is based on a foundation of characters and actors you want to hang out with.

As Natasha’s espionage family, Johansson is cast alongside Florence Pugh, Rachel Weisz, and David Harbour. And everyone of them is a delight to watch.

After her breakout roles in the disturbing horror film Midsommar and the poignant wrestling comedy Fighting With My Family, it’s nice to see Pugh back on the big screen. She’s like Black Widow without the gloves as Natasha’s younger “sister.” As they bond by their shared pain and equally skillful use of violence, their spiky sisterly banter is both contagious and touching. As she glides from kicks to jabs, Johansson knows exactly what she’s doing, but Pugh’s endearing mix of fragility, quick wit, and general awesomeness comes dangerously near to stealing the show.

Harbour is having a blast transitioning from the gruff sheriff of Stranger Things to a larger-than-life superhero. The bearded and bear-like Russian hero known as the Red Guardian only wants the Communist Party to feel like a party, with “Karl” and “Marx” tattooed across his knuckles. Harbour, like Pugh, steals the show with his funny and filthy hot performance.

Black Widow is smart, sensual, and well acted, and despite the lack of a story, it manages to be a lot of fun.

Weisz, who rounds out the chaotic family, has a less showy role. She, on the other hand, plays off Harbour’s overall performance amusingly and adds a sense of sophistication to the proceedings. When the relatively uncomplicated tale meanders or the action slows down, Black Widow is carried by the interplay among these four stars, whether they’re working together as a team or sparking off each other individually.

There has been a lot of build-up of anticipation for this picture. Since the triple-whammy of Captain Marvel, Avengers: Endgame, and Spider-Man: Far From Home in 2019, we haven’t had a Marvel film. Going from a feature every few months to nothing for two years is a significant adjustment, so the question now is whether the Marvel juggernaut will continue to roll or whether viewers have cooled off to superheroes in general.

It doesn’t help that Black Widow isn’t quite as daring or inventive as the wacky Marvel TV series WandaVision and Loki, even if it does cover similar political ground to The Falcon and The Winter Soldier with far more pizzazz.

Fortunately, Black Widow is a well-known character, and fans have been clamoring for Johansson to star in a solo film for years. Aside from the pandemic, this film has been a long time coming. It’s nice to have Johansson in the lead of such an artfully entertaining female-centric action film, and it’s not often that there is a big-budget blockbuster that tackles the use of compulsion to limit women’s reproductive rights.

Black Widow is smart, sensual, and well acted, and despite the lack of a story, it manages to be a lot of fun. It’s subdued in comparison to Endgame’s celestial antics, but it’s still cinematic enough. The MCU’s film comeback is more exciting than Godzilla, incomparably better than Infinite, and rivals F9. All thanks to the four stars that completed the task flawlessly. 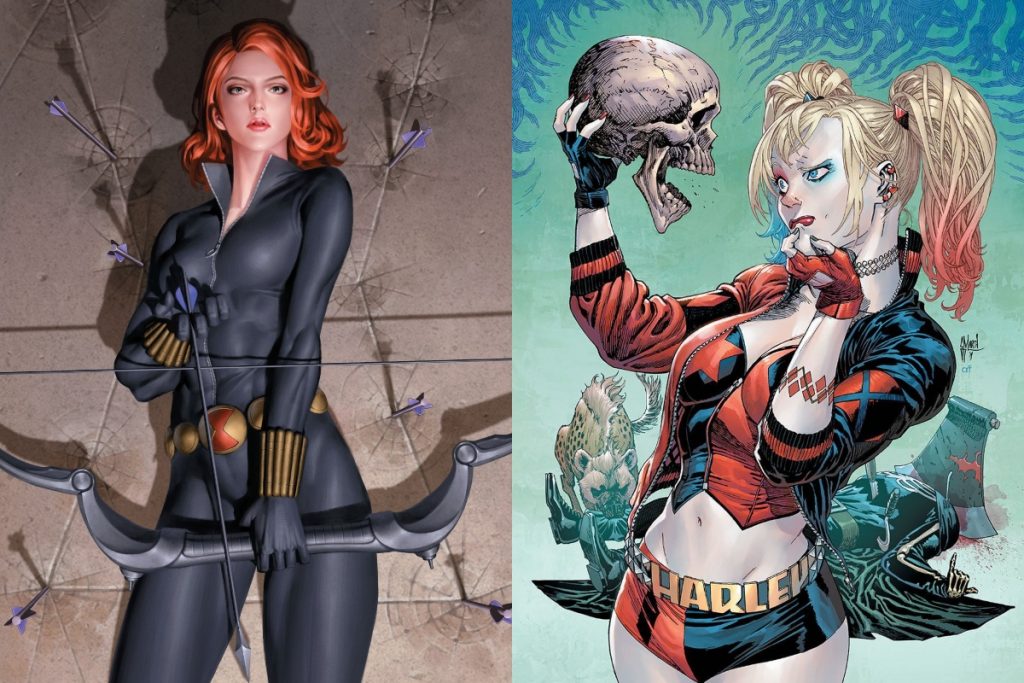 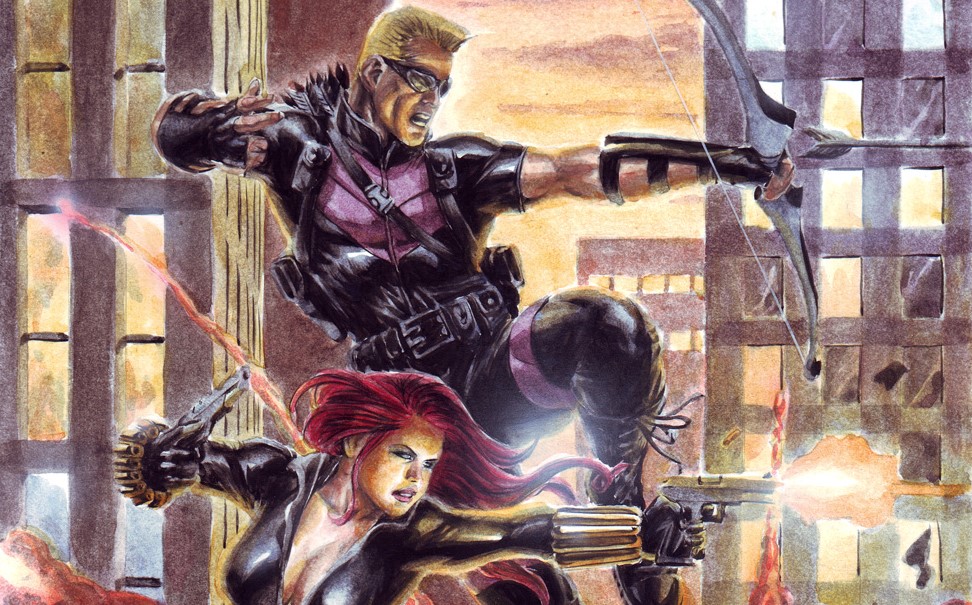 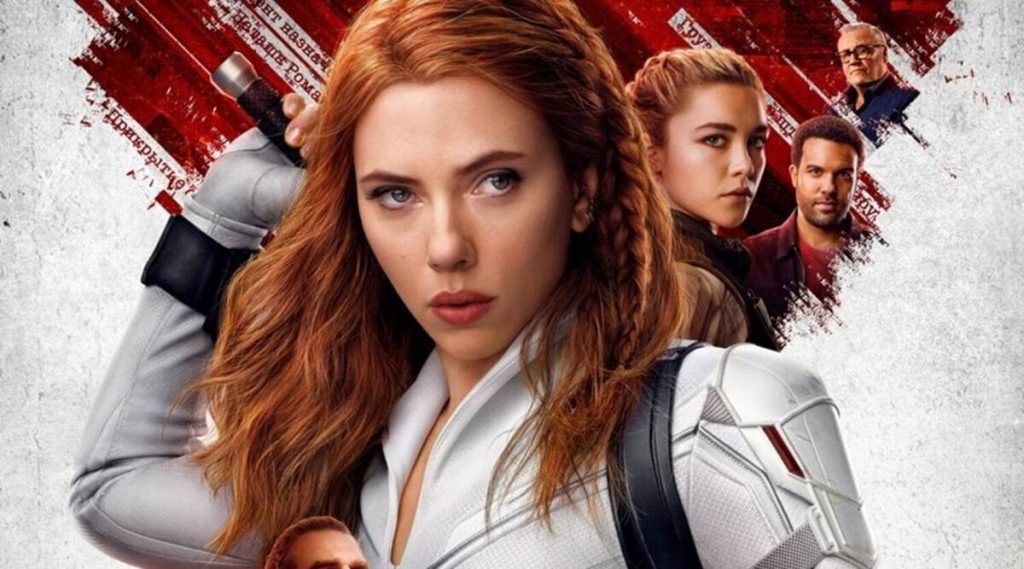