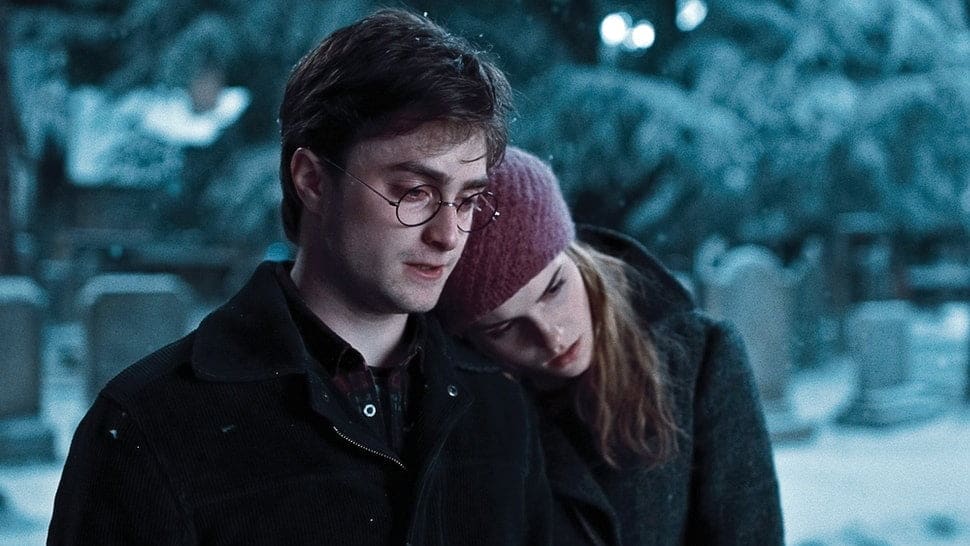 In today’s article, we are going to answer one burning question for you – do Harry Potter and Hermione Granger ever kiss or sleep with each other in the books or movies?

To be brief and precise – no, Harry Potter and Hermione Granger never kiss or sleep with each other, neither in the books nor in any of the movies.

Who is Harry Potter?

Harry James Potter is the titular protagonist of the Harry Potter franchise created by J.K. Rowling. He is a young wizard, born on July 31, 1980, as the only son of James and Lily Potter. He is a Half-Blood, as his maternal family is of Muggle heritage. When he was a boy, a prophecy named him as the only person able to take down and kill Lord Voldemort during the First Wizarding War. After finding that out, Lord Voldemort went to Godric’s Hollow with the intent to kill Harry while he was still a child. He killed his parents, but the protection his mother gave Harry spared the child’s life, as Voldemort’s Killing Cure backfired and seemingly killed him, leaving the child with a thunder-shaped scar on his forehead.

After finishing his education, Harry Potter married Ginny Weasley, the younger sister of his best friend, Ron Weasley. In continuity, he currently works the Head od the Department of Magical Law Enforcement with the Ministry of Magic, after previously having headed the Auror Office; he is also a guest lecturer of Defence Against the Dark Arts in Hogwarts.

She is a Muggle-born witch who was sorted into Gryffindor, despite being a somewhat obvious candidate for Ravenclaw. As the years passed, Hermione has proven her courage, thereby showing that the Sorting Hat was – like always – not wrong. Because of her diligent nature, she has often clashed with her friends when certain decisions had to be made, but she ultimately stood by them when it was necessary. If you have been wondering, who is stronger, Hermione or Harry, we have you covered over on our link.

The nature of Harry’s and Hermione’s relationship

Now that we’ve presented the main characters of this article, let us see the nature of their relationship.

Well, Harry Potter and Hermione Granger know each other from the start, from their first voyage in the Hogwarts Express. They met when Hermione entered the cabin where Harry and Ron Weasley had already been sitting. Despite Hermione being a tad annoying to the two of them, as the years passed by, they became the best of friends. All three of them were sorted into Gryffindor, they shared all the adventures together and formed an unbreakable friendship that lasted throughout the series.

It is well known that Hermione Granger eventually ended up marrying Ron Weasley, while Harry ended up with Ron’s younger sister, Ginny. But Hermione and Ron didn’t become partners from the start. Initially, there were visible frictions between them, but somewhere after The Goblet of Fire (and the Yule Ball) both Ron and Harry started to see Hermione in a different light, although it was Ron who developed stronger feelings for her; his jealousy towards Viktor Krum, Hermione’s date at the Yule Ball, is well-known to the fans of Harry Potter.

Despite actually being very close, Harry and Hermione never felt anything more than friendship towards each other. They had deep feeling for each other and they cared a lot, but it was never anything more than just friendship between them. Despite Ron’s fears, Hermione would always choose him over Harry, because she had true romantic feelings towards Ron.

Do they kiss? Do they sleep with each other?

No, they do not. After reading the preceding paragraphs, you could have easily deduced such an answer. Because of the nature of their relationship, Harry and Hermione never shared a romantic moment, neither in the books, nor in the movies.

There is, actually, one scene that might cause confusion – and that is an episode from the Deathly Hallows book, where Ron, after destroying one of Voldemort’s Horcruxes, has a vision of Hermione kissing Harry, thus choosing his best friend over him. Harry and Hermione did actually kiss in that scene, but since that scene was not real, but a very dark hallucination, it does not actually count, which is why the answer to our question is straightforwardly – negative.