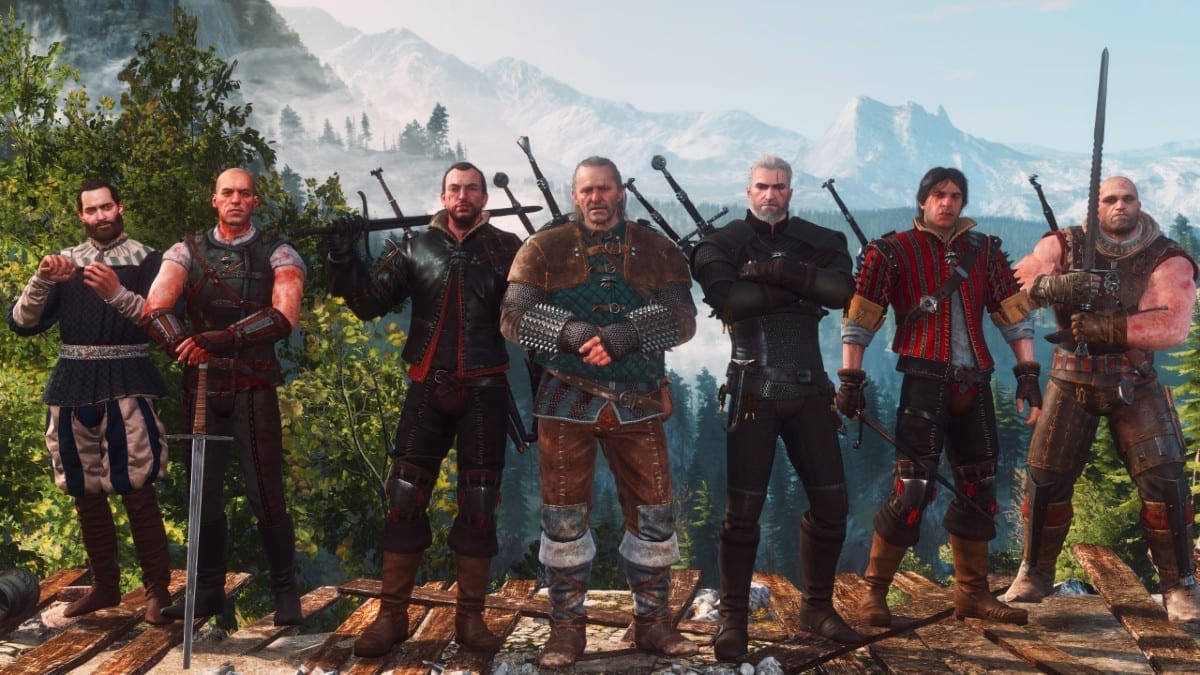 Throughout The Witcher series, many fans have been somewhat confused by the general idea of Witchers and the emotions that they portray. There is plenty of evidence suggesting that they are completely apathetic, either by choice or by nature. But, is it really that simple? There could be a much more complex theory behind truly understanding this.

Keep reading to find out more about are Witchers emotionless, can they fall in love, and can the most known Witcher – Geralt feel emotions.

Throughout the series, there is talk of mutations, and the additional effects that they have. It is said that mutations result in an overall or complete lack of emotion as a result of the way the mutation affects the person’s nerve endings. It was said that Witchers ‘imitate’ emotions to put humans at ease with them, but never genuinely experience them.

There is proof of this in scenes where there is a lack of emotion – or at least, a lack of visual representation of emotion. There are many accounts of Witchers having odd or bizarre emotional responses to traumatic situations.

However, within the context of having experienced the trauma, bloodshed and loss that they have, are their emotional/unemotional responses really that bizarre?

Do Witchers truly fall in love?

There have been many accounts of Witchers engaging with others in a romantic or intimate way. However, this is of course not to be compared with truly experiencing love for another. The factor that makes this so complicated is that true love contrasts a Witcher’s culture – which is to cultivate detachment, and make decisions based on logic.

It should be mentioned here that in the event of a Witcher falling in love, it would not be as simple as proclaiming love and riding off into the sunset. There is a burden to carry, and freedom of choice is often not really something that can be utilized in this kind of situation.

There is always the inevitable – if love is felt for a mortal, you will watch your partner grow old and die, and you will be stranded alone. There is the chance of the lifestyle that is led by a Witcher being dangerous or harmful to those around you. Having these thoughts lingering in mind constantly would put a dampener on the mood on any day.

That being said, Geralt in particular shows committed and passionate love for Yen. While this relationship was turbulent, to say the least, his true feelings for her were not swayed by any force throughout the series. After Geralt presumed her dead, he said her name in his sleep for some time. This sneak peeks into Geralt’s subconscious mind reveals a lot about what lies behind his stoic mask.

In addition to his love for Yennefer, there is also a very clear attachment to Ciri. Although this is not a romantic love being experienced, it is love nevertheless. True platonic love is far more mature and telling, as it does not reap the same gratification as romantic love, and reveals a Witcher’s capacity for true love.

There is more or less equal amounts of evidence to suggest that Witchers do feel emotion versus the latter. This inconclusive, ‘on the fence’ kind of findings actually sheds a clear light on the emotional dynamic of a Witcher.

It’s plausible that something as complex as a human emotion, attachment and love, would only be made more complex by mutations and trauma. It’s not hard to believe that Witchers simply experience emotions differently as a result of them being different at their core.

Witchers are trained from a very young age, and there are consequences for failure to do so. Even as a non-mutated human, this sort of childhood training would play a massive role in shaping one’s control of emotion, and the ability to display it. This is in addition to the trials that Witchers would have faced in life after training.

It is quite probable that Witchers experience a dulled version of emotions, in combination with a lack of emotional maturity or ability to regulate and express these emotions. This is also indicated by the fact that Witchers are more likely to display simple emotions such as anger – Lambert can be seen as an example of this, who cannot stay sober for too long without bursting at the seams.

There are plenty of accounts where Geralt becomes enraged at the thought of someone he cares for getting hurt. He does also care for people in his immediate environment by means of showing small gestures or providing security.

Although Geralt may seem apathetic or mostly unemotional, along with other Witchers, his actions paint a different light. He meddles with messy situations and puts himself in danger frequently, often getting badly injured as a result.

He often becomes too emotionally invested, and does in fact display less intense emotions – to the point where this was seen as a weakness by his clients and enemies. This wouldn’t really be feasible for someone with no emotion at all. Although subtle, there are plenty of accounts of emotions being shown through facial gestures and body language. This is clearly visible when he finds Ciri thinking she is dead.

Geralt in particular is completely insecure in his humanity, and is called out by Dandelion for this in A Little Sacrifice. Geralt states that he does not know how to cry, and also states that the Witcher mutations took away his emotions.

It’s believed by most fans that Geralt’s stoic nature is a result of his mutation in combination with the training he endured, his life experiences as well as his temperament. Many fans believe that there has been enough evidence to suggest Geralt uses the ‘emotionless Witcher’ stereotype as a cop-out for his inability to cope with his own feelings.

While he may not show emotion in the traditional ‘human’ way, it does not mean that these emotions do not exist.

There is over enough evidence to support the idea that Witchers experience ‘muted’ or ‘dulled’ emotions with an inability to express them effectively. But, the true test of emotion and what is held inside ones being is not limited to tears and laughter. Actions speak louder than words.