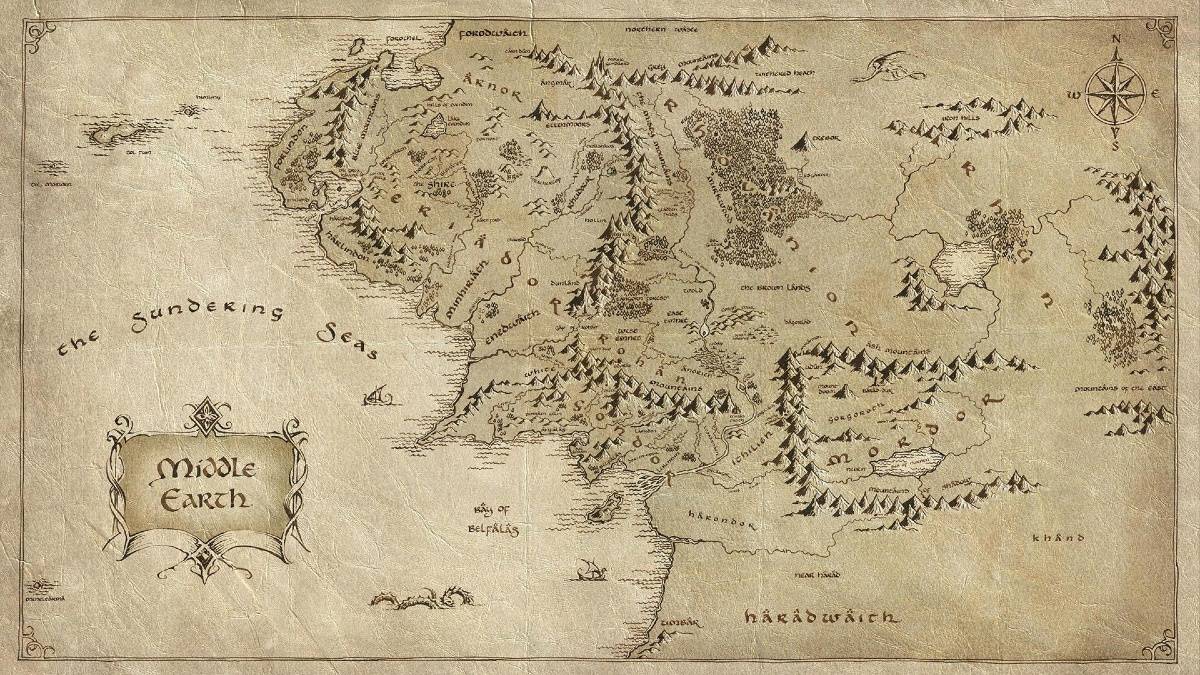 There are many kingdoms in The Lord of the Rings/Middle-earth, but, unfortunately, we don’t know exactly how many there are because Tolkien never gave details about anything other than the West. We will list all known kingdoms below, and tell you everything you need to know about them.

There are seven kingdoms in The Lord of the Rings/Middle-earth.

There are probably many more kingdoms we don’t know about, and there are also many other societies that are more difficult to classify, some we will mention in this article.

What are all the kingdoms in The Lord of the Rings/Middle-earth?

All known kingdoms in The Lord of the Rings/Middle-earth are Arnor, Gondor, Rohan, Dale, Mirkwood, Mordor, and Haradrim

Arnor, or the Northern Kingdom, was a kingdom of the Dúnedain in the land of Eriador in Middle-earth. It was the original seat of the High King of Arnor who ruled over both Arnor and Gondor.

The Dunedain of Arnor dwelt in many places in Eriador, but most of the population centered around the region of Arthedain. The Dunedain mainly inhabited the cities of Fornost and the capital city of Annúminas, as well as along the Baranduin and the gulf of Lune. By the later Third Age, the settlements of the Dúnedain of Cardolan and Rhudaur had decayed and become ruins and barrows.

Gondor was the most prominent kingdom of Men in Middle-earth, bordered by Rohan to the north, Harad to the south, the cape of Andrast and the Sea to the west, and Mordor to the east. Its first capital was Osgiliath, moved to Minas Tirith in TA 1640. The city of Minas Tirith remained the capital of Gondor for the rest of the Third Age and into years of the Fourth Age; other major fortresses included Dol Amroth in Belfalas and Osgiliath, which was a city on the Anduin.

Gondor was founded by the brothers Isildur and Anárion, exiles from Númenor. Gondor was an allied kingdom with Arnor, whose line of king chieftains came from Isildur, while the Line of the Kings of Gondor was from Anárion. Gondor was at the height of its power in its early years due to the ships and the military might that its armies possessed. However, continued attacks by allies of Sauron, civil war, and a devastating plague caused it to gradually decline over the course of the Third Age until Sauron’s final defeat and the crowning of Aragorn II Elessar. Following that time the power of Gondor once again expanded, until the former lands of Arnor were brought under the banner of the Reunited Kingdom.

In all, there were thirty-one kings of Gondor after Anárion, who was slain before Barad-dûr at the Siege of Barad-dûr.

Rohan is a kingdom of horsemen, the Rohirrim, in J. R. R. Tolkien’s fantasy setting of Middle-earth. It is mainly grassland and provides its ally Gondor with cavalry.

Rohan is grounded in the Anglo-Saxon tradition, poetry, and linguistics, in everything but its use of horses. Tolkien used Old English for the kingdom’s language and names, pretending that this was in the translation of Rohirric. Meduseld, King Théoden’s hall, is modeled on Heorot, the great hall in Beowulf.

In The Lord of the Rings, Rohan is important in the action, first against the wizard Saruman in the Battle of the Hornburg, and then in the climactic Battle of the Pelennor Fields. There, Théoden leads the Rohirrim to victory against the forces of Mordor; he is killed when his horse falls, but his niece Éowyn kills the leader of the Ringwraiths.

The Kingdom under the Mountain was the name given to the Dwarf realm of Erebor. It was founded in T.A. 1999 when Thráin I came to the Lonely Mountain and discovered the Arkenstone. The kingdom lasted until 2770 when Smaug the Dragon invaded and either killed the Dwarves or forced them to leave. When Smaug was slain in 2941, Dáin Ironfoot became King Dáin II and the kingdom was restored.

Dale was situated in the valley between the south-western and south-eastern arms of the Lonely Mountain, nestled in a sharp U-shaped bend of the River Running. It was known as a merry town that traded, mainly in food-supplies, for the skills and craft-pieces of the Dwarves of Erebor. Dale’s toy market was the wonder of the North and the town was renowned for its bells.

The Elves of Mirkwood were Silvan Elves that lived in the Woodland Realm of northern Mirkwood, under the rule of Thranduil.

The Woodland Realm was a kingdom of Silvan Elves located deep in Mirkwood, the Forest of the Wilderland, beginning in the Second Age. Following the War of the Elves and Sauron, Thranduil of the Sindar ruled over the Silvan Elves. Those of the Woodland Realm were known to be less wise and more dangerous than other Elves but were nevertheless one of the most powerful and legendary Elves of Middle-earth.

Mordor was a land in the south-east of the Westlands east of Gondor. During most of the Second and Third Ages it was ruled by Sauron and it was his dwelling and base from which he attempted to conquer Middle-earth.

Mordor was surrounded by three enormous mountain ridges from the North, from the West and from the South, protecting it from an unexpected invasion by any of the Free peoples.

For but a few times in history, the free peoples had anything to do with Mordor; the Last Alliance broke into the land to fight Sauron, and millennia later Frodo Baggins and Samwise Gamgee infiltrated that land to destroy the One Ring.

The Haradrim, known in Westron as the Southrons and once as “Swertings” by Hobbits, was the race of Men from Harad in the region of Middle-earth directly south of Gondor. These people were ruled by many lords until in time Sauron corrupted them and called them to war. They were his most notable human ally in the Third Age. It is something in between the political entity and the kingdom.

What are the Seven Dwarven Kingdoms?

There are the seven fathers of the Dwarves and the seven dwarven rings given to them by Sauron, but there is no indication that this in any way corresponds to seven kingdoms.

There are many more areas where beings from Middle-earth live, some of them are Lothlorien, settlement of Woodmen, an area ruled by the Beornings, Rivendell, Laketown, Bree, The Shire, Orcs of the Misty Mountains, Gray Havens of the Elves, and many many more, but not even one of these areas/societies are ruled by the king. You can find more about key Middle-earth locations on our link.