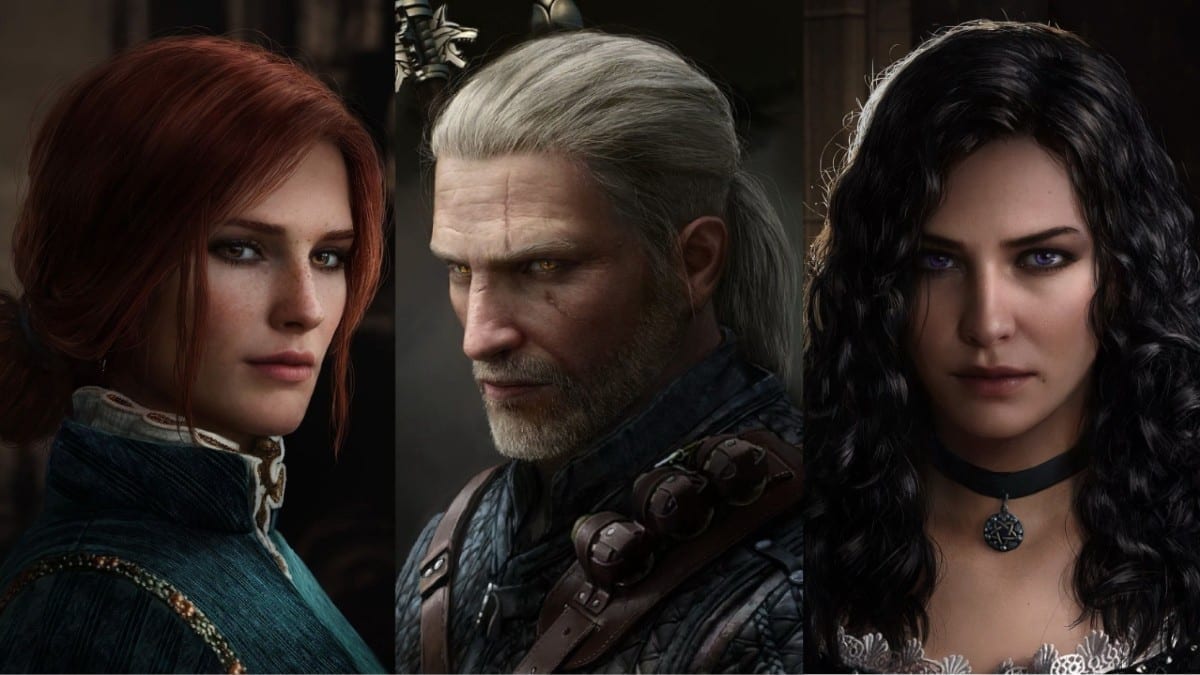 The popular Netflix series The Witcher is well-known for experimenting with timelines and speed of aging with its characters. With complex combinations of mortal characters, immortal characters, and mutations, the usual laws of time don’t quite apply as they generally would.

There are many characters who age at different rates, have traits that make them appear younger, and even some that use potions and spells in order to maintain a youthful appearance despite their true age. Details like this make it particularly difficult to figure out the real age of each character within the series. That’s why we will also be diving inside the pages of the books to bring you the most precise answer.

This has resulted in fans having to analyze timelines, the sequences of events, the history of the Witcher universe as well as dialogue and comments made by characters in an attempt to narrow down the age ranges of the characters.

In addition to a general lack of visual aging for many of the characters, the clashing of these attributes consistently throws curveballs at the viewer and/or reader, making it really tricky to discern what exactly is going on within the timeline.

Although there are some characters whose ages are not conclusively depicted, we can add an age range to quite a few of the main characters by analyzing timelines of events as well as dialogue.

Below you can see how old are the main Witcher characters in the table, and under it, we explain how we came up to those ages.

Geralt of Rivia, the main protagonist of the series, is one of the characters that ages very slowly. This is due to the mutagenic effect that experiments had on his body when he underwent training as a child.

These alterations changed many of his physical attributes, his personality and his abilities. But, a side effect of the mutation was that it drastically slowed down his aging process.

Despite Geralt’s visual appearance, he is somewhere between 90 and 100 years old, which is revealed in a dialogue where Geralt speaks of his old Witcher friends. This complicates things and creates a rather complex character overview, leaving much to be explored and discovered.

It creates an interesting dynamic for the viewer – a balance between discovering his mysterious past, and simultaneously being open to the many adventures he will have along his journey.

Yennefer, Geralt’s true love interest throughout the series is almost 100 years old. She and Geralt are more or less similar in terms of age, and Yen also has traits that make her more than human. This is stated on numerous occasions. She is also seen as a mother figure to Ciri, her adopted daughter.

Jaskier is one of Geralt’s closest peers, and over the course of the series, they become quite good friends. Although there has been some debate regarding a lack of aging, it has been confirmed that there is no lore to suggest he is immortal or ages slowly.

It was confirmed by the creators that they forgot to age Jaskier throughout the series, in the midst of so many different characters that all age differently. So, even the creators found the ages and timelines slightly confusing at times.

After much deliberation and looking through events and dialogue, it can be confirmed that Jaskier is between 35 and 45 years old. This is supported by a statement made by Geralt, where he describes Jaskier as being ‘not quite 40’.

Ciri, formerly known as Princess Cirilla, is the adopted daughter of Geralt and Yennefer. Although her age progression from since she was a child is shown, she is around 22 – 23 years old in the Witcher book series.

Triss is considered to be a young sorceress, and as with any sorceress, she is much older than she appears. She is much younger than Yen, considering the fact that she knew Geralt since she was a little girl. She was also referred to as ‘Little Miss Merigold’ by Sabrina, who is roughly the same age as Yen.

Her exact age is never specified in numbers, but since she is younger than Yen and Geralt, it’s been estimated that she is somewhere between 50 and 80 years old. This is, of course, extremely young for a sorceress.

Regis was a higher vampire and a member of Geralt’s Hansa. After rescuing Geralt and Dandelion, he would join the party, despite Geralt’s initial hesitation to let him. Regis had unique abilities as a vampire, and was resistant to cold, physical damage, and could even regenerate tissue.

Regis did not drink blood due to the fact that he had gone through addiction in his younger years. He was well over 400 years old, which is an understandable age for a higher vampire.

Vesemir is extremely old – even for a Witcher. He is the only other Witcher even known to have grey-white hair. However, this was a result of his old age, which is telling considering the long lifespan and slow aging of a Witcher. It has also been said that he is older than Kaer Morhen. However, it is still unknown if this was meant in a literal way, or in a figurative way.

When it comes to Vesemir, it is tricky to figure out an exact number – which tends to happen the older one gets. However, he is the oldest Witcher alive. Some fans estimate that he is between 300 and 350 years old. The fact that no one in the existing world within The Witcher is telling of his true age.

In should also be noted that the timelines within Netflix’s The Witcher, the game, and the books all differ from one another. As a result, all of these depict the characters of varying ages, and there are a few differences within the storylines that still connect to each other. A substantial amount of evidence is derived from the game and books, and has been used in order to piece events together.