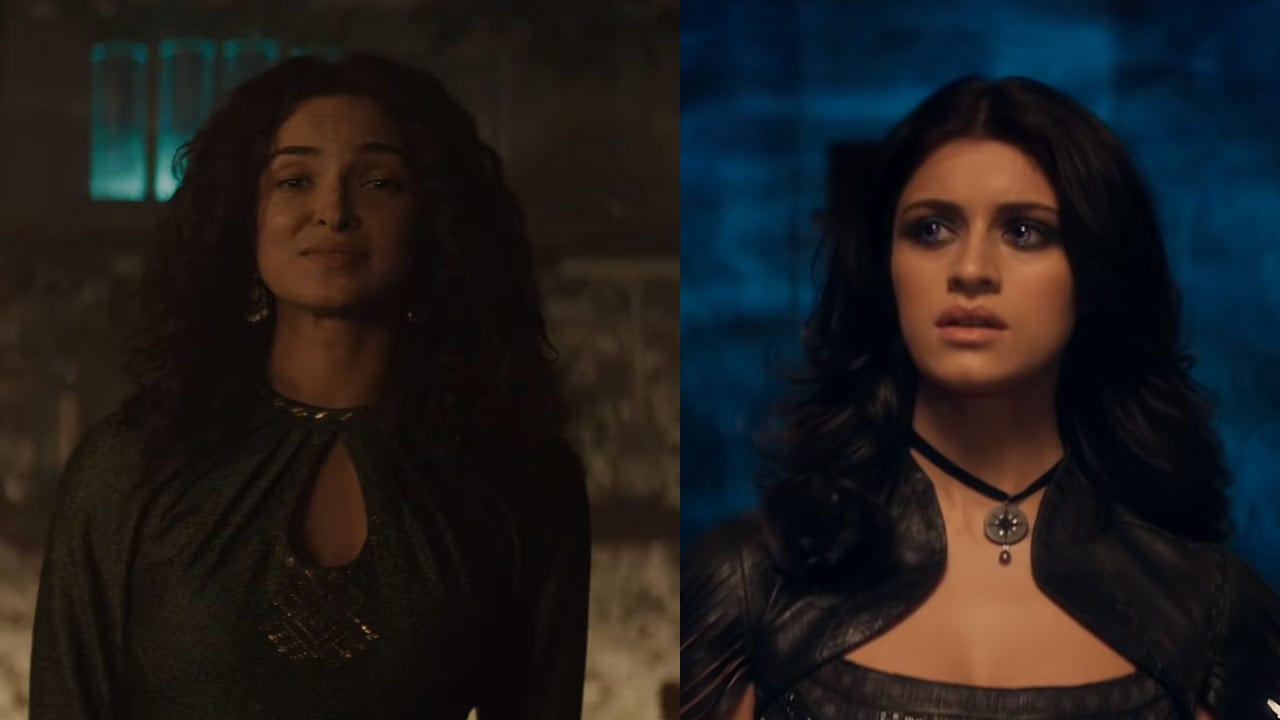 Witcher fans are divided when it comes to this discussion and their attitudes depend greatly on the way they were introduced to the fandom. We have to say, this is not a black and white topic. The only way you can choose one is to decide what matters more to Geralt and to you personally. Both Triss and Yennefer have strengths and weaknesses, so how to choose?

Whether you agree or not, whether you prefer Triss Merigold or Yennefer of Vengerberg, you need to have a clear picture of their past, powers, personality, and how they treat others before you decide which powerful woman you like best for Geralt, or yourself!

Who is Triss Merigold?

Triss is a legendary sorceress from Temeria, originally from Maribor who lived in the 13th century. She earned the name Merigold the Fearless when she survived the Battle of Sodden Hill when everyone thought she died. She was one of the founding members of the Lodge of Sorceresses and was very involved in politics.

She was very keen on protecting the mages and other magical beings who were victims of racism that ruled the Witcher universe at the time. This tells us she was generous and selfless at a very young age.

She was also friends with Yennefer and acted as an older sister for Ciri, whom she saved from being subjected to dangerous experiments in Kaer Morhen that would strip her of her secondary gender traits and be harmful to her.

Triss is shown as a gifted healer as well, who used magical potions on others but not herself because she was allergic to them. As a mage, she is very powerful and fearless in battle.

In the games, she can be recognized by her bright red hair, green eyes, and pale skin. In the books, however, she had chestnut hair and blue eyes. In the Netflix TV show The Witcher she was portrayed quite differently. She had dark brown hair, dark eyes, and dark skin.

Her character was drastically changed in the show, including appearance and personality. Her heritage was ignored and Triss became a character that was inadequate for the time and place the original story was based on.

She was very socially aware and intelligent but lacked some finesse when it came to her personal gain. The fans who played the game without being introduced to her character outside of The Witcher 3 probably chose her over Yennefer.

She seemed warm, emotional, and acted as the perfect girl next door who is aware of social and political issues and is willing to sacrifice herself for the cause. But there is more to her than that. she manipulated and used Geralt whenever she needed help and used his amnesia to start a romance with him which he was fine with because he had forgotten about his true love – Yennefer.

The Witcher 2: Assassins of Kings begins with Geralt and Triss already being in a relationship, but The Witcher 3: Wild Hunt is different. You can choose Triss if you romance her and refuse to help Yennefer. But be careful since other choices you make along the way can harm you in the end.

Who is Yennefer of Vengerberg?

Andrej Sapkowski, the author of The Witcher, said he decided to create a female character who wouldn’t be a fantasy stereotype. Yennefer was born in the 12th century in Vengerberg. She was so advanced before she was taught magic that she was the youngest member of the Supreme Council of Sorceresses.

The Lodge of Sorceresses wanted to recruit her after, but she refused because their plan included using Ciri for their political advances. She was like a mother to Ciri and was a close friend to Triss. Triss’s behavior involving Geralt was incredibly insulting and rude since he was involved with her friend before.

Yennefer had a traumatizing childhood. She was born with a hunchback and her father often beat her, blaming her mother’s side for Yennefer’s condition. She got elven and mage blood from her mother’s side but this didn’t stop both of her parents from being abusive and eventually sell her.

She has shown magical potential and was received in the Aretuza school for sorceresses where she even tried to take her own life. Tissaia de Vries recognized her talent and decided to continue teaching her.

Yennefer made a deal with her and was made beautiful and healthy with the help of a magical ritual – but was left infertile in the process. We often see her acting as the mother figure to Ciri and being sad for not having her own children.

When we first meet her in the game The Witcher 3, she is cold and distant, although very attractive. She is described as a slim woman with dark hair and violet eyes. Her skin is very pale as she is a quarter elf. Many people don’t like her at first if they have no information about her.

However, she is Geralt’s lover and their destinies are intertwined until the quest in the game that shows us what actually happened when they met.

In the show, like Triss, she wasn’t cast according to the books at all, but she was accurately depicted in the games.

She is strong and incredibly powerful. When she held back the Djinn who wished to destroy her it showed us how powerful. Controlling a Djinn is almost impossible since they are one of the most mysterious and powerful beings in the Witcher universe.

But she also uses Geralt for favors and seems toxic sometimes. She often ignores the rules and laws, uses others for her personal gain, and leaves them when they serve their purpose. But still, wherever she came she demanded respect.

She was known as the powerful mage who can do anything and was well-known for her signature scent of lilac and gooseberries. She always dressed in black and white and accentuated her slim waist. We can’t deny Yennefer is a beautiful, intelligent, and powerful woman who used her tough upbringing to become who she is in the story and the fandom today.

Which one is better?

But she does still need work when it comes to personal relationships and social cues. This is the one thing she could learn from Triss who is more emotional and aware.

So when it comes to choosing either for Geralt, he already chose himself – Yennefer. They are more alike than it seems at first. They gave each other unconditional freedom and always met with passion and care for each other. Triss, on the other hand, created a romance based on lies and deceit.

When it comes to ethics and doing what is right, they are both equally good and bad. They both want to do the right thing when looking at the bigger picture but are often careless and selfish when dealing with individuals.

We can discuss the books, the games, and the show individually and decide which one was better at a certain area, but the intentions and the written story that created these characters is what counts. If there was an option to play either of them instead of Geralt and Ciri, I imagine many would rather choose Yennefer over Triss. But, personal preference can play a great role in this choice and that is up to you.

If we consider powers and combat techniques, we can’t deny Yennefer is the stronger mage and relies on her wisdom and experience as well as magic, which Triss still lacks. So if we wanted to say one is better than the other, based on these elements – Yennefer wins.

Did you like The Witcher TV Show? We also recommend books! You can order The Witcher Boxed Set: Blood of Elves, The Time of Contempt, Baptism of Fire Paperback