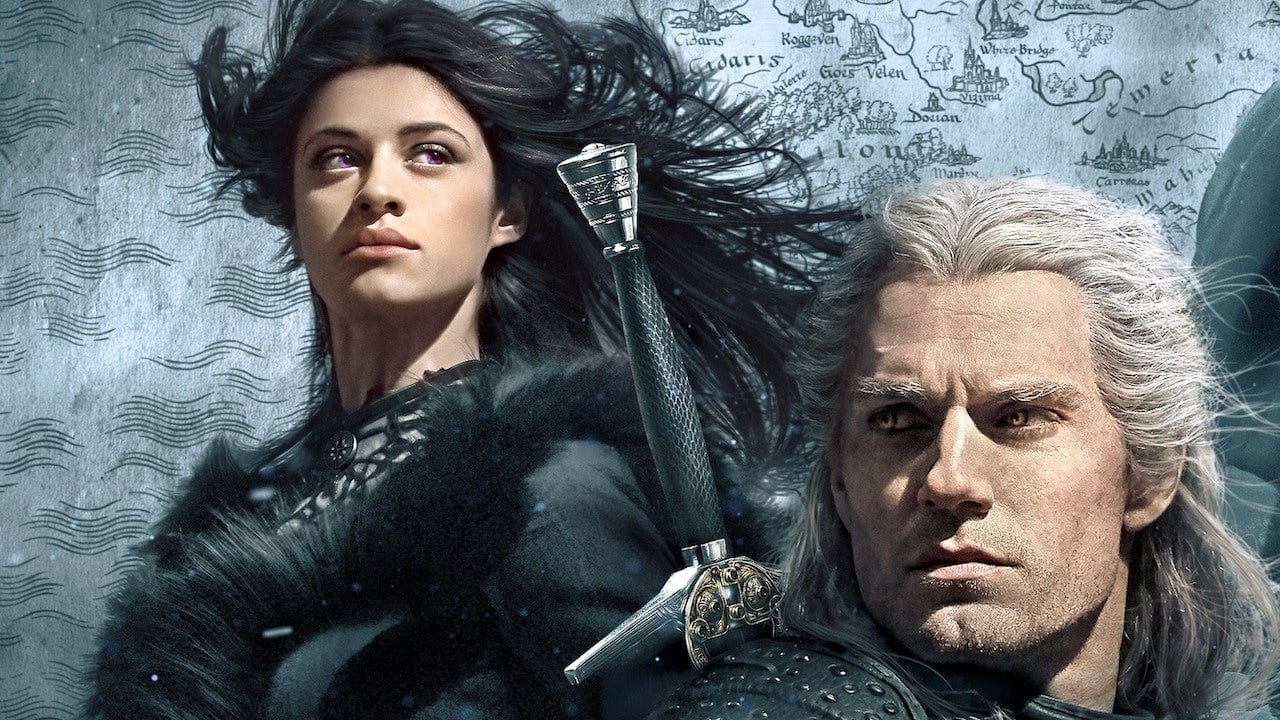 Genies are known to make wishes come true, at least in the version with the magic lamp. But does it work the same in the Witcher series? Not quite. The text contains spoilers for The Last Wish, so if you haven’t read it, be prepared!

When Geralt met the Djinn on accident, his first wish happened the same way – on accident. He wished for the Djinn to go away due to the wrong translation of an old exorcism. His second wish was to kill the guard, very violently. And his third wish? That’s a bit more complicated.

Find out what Geralt wished for and discover our theories on the last wish!

How did Geralt get his wishes?

The question we are answering is the ending of the first collection of short stories in the series. You can also find out more about this story in the TV show and the Witcher game.

Geralt of Rivia and his faithful companion Dandelion were fishing for breakfast one morning, but instead of fish, they found an old vase that Dandelion wanted to open. Not a magic lamp, but quite similar to it.

Despite Geralt’s warnings, Dandelion tried to open it and dropped it, unleashing the Djinn into the world. As Geralt tried to hide, Dandelion got too excited once he figured out what was happening. He promptly recited his vain wishes to the Djinn. But the Djinn was more focused on killing him than fulfilling his wishes.

As Geralt tried to protect his friend, he recited a form of exorcism which seemed to be working. The Djinn left, but Dandelion needed to be taken care of since he got seriously hurt.

For some reason, the Djinn refused to work with Dandelion and granted the witcher three wishes instead. However, Geralt did not realize that since he was convinced that it was the exorcism that drove the Djinn away, not a wish.

In this chapter, we also meet Yennefer of Vengerberg who was supposed to help Dandelion but became a very important character for the development of this short story.

Who is the Djinn from the Witcher?

The four elements (earth, fire, air, and water) all have their representatives. This is why Djinns fall under the class called Elementa. Djinns are creatures of the air. They are very powerful beings that live in their own dimensions and aren’t easy to come by.

Many mages tried to use them to control them and strengthen their magic, but even the strongest ones failed to do so. Genies highly dislike being captured and tricked into fulfilling almost impossible wishes.

The Djinn, as a powerful air spirit, can summon storms and winds. It can serve as a new source of power for the mages. But fighting one is potentially deadly. Witcher’s powers can either weaken or enrage the Djinn. It can wreak havoc once released, especially if angered.

It is known that a mage called Geoffrey Monck was able to capture and tame these creatures, using their power for his own magic. And he was not the only one with that idea – Yennefer, a powerful mage tried to do the same. But more on that after the second wish!

What was Geralt’s first wish?

We already talked about the exorcism Geralt performed to save his friend and make the Djinn leave. However, it was more of a curse than an exorcism. And when we say curse, we mean curse – not a magical one, a rude one.

Geralt basically told the creature to f*** off and leave. Yes, that was the exorcism. Geralt once learned this and thought it was translated to a real exorcism, but it did not work. The only reason the Djinn left was that it recognized that as a wish.

So Geralt’s first wish was for the Djinn to… leave.

Geralt only realized that this was a wish and he was the Djinn’s master once Yennefer captured it. Geralt was the one who touched the amphora last. And it is a good thing that Djinns cannot harm or kill their master!

Some opinions are going around, claiming the first wish was some peace and quiet, since Dandelion could not stop talking or singing. Suddenly he started choking when the Djinn attacked him, so Geralt’s wish for silence was fulfilled.

However, the official Witcher Wikipedia

explicitly claims the „exorcism“ was Geralt’s first wish. Poor Dandelion never got his wishes, and almost died on top of that.

What was Geralt’s second wish?

When we first meet Yennefer she is not our favorite character. She refuses to rush over to Dandelion to help him, she seems self-centered and uninterested. The more we learn about her we get to decide whether to sympathize with her or not.

She tricks Geralt and casts a spell on him to make him do favors for her around town. She manipulates him to get her revenge on everyone who doubted her, offended her, or did her wrong in any way.

So Geralt leaves on a quest to humiliate and hurt Yennefer’s enemies. Of course, she does not try to save him from the consequences of „his“ actions. She only controls him for as long as he does what she wants.

Geralt becomes her personal Djinn and ends up locked up in jail. There he meets other prisoners, tortured by a guard who has a special dislike for witchers. Geralt uses his second wish once he realizes the Djinn made him its master.

He wishes for the guard to explode from the inside out, and it is not a pretty sight. So Geralt’s second wish is to kill the guard which enables him to escape.

What was Geralt’s third wish?

Now this one is a mind-bender. The third wish remains a mystery in the TV adaptation, but it gives hints to the reader in the book. It is not specific and it is not explained. Ever. The author wanted to alow the fans to decide for themselves.

However, there are two main theories, but the second one was refuted by the author himself. We will still share it with you because it is such a juicy theory to think about!

Yennefer tries to capture the Djinn but struggles, even with her power. And we know she is a pretty powerful sorceress. For some reason, Geralt falls for her charm and tries his best to save her.

He tries to teleport them to an inn through a portal, but she insists on going back. why? Well, Yennefer desperately wants to have children. But becoming a sorceress is a tough process, and she gives up the ability to be fertile. it might be important to remember witchers are also infertile due to the process they go through.

Geralt wishes for one more thing and manages to save Yennefer from Djinn’s rage. But what did he wish for?

If this was the case, Yennefer and Geralt would keep coming back to each other, which they do. Later we find out Yennefer wants to break this contract to see if her feelings for Geralt are real or just a part of the wish.

This theory makes sense, but since Yennefer’s comment and the wish sound the same, and considering the wish was not discovered by the author, it does sound a bit too obvious. so perhaps it was not exactly what Geralt wished for.

Are there any other options, and what could be the third wish the author himself had in mind? We can never know for sure. Maybe a real-life Djinn could make our wish come true and tell us what we desperately want to know!

How did Geralt’s wishes affect the story?

The third wish marks the beginning of a love story, tense at times, but enjoyable. Sometimes perhaps even toxic and definitely judged by all their friends.

In case you play the game, your quest is to find out what happened. Yennefer craves to find out if her feelings for Geralt are true, so they travel to find the Djinn once again and ask him to break the bond between them to see if they really do love and care for each other.

Not many changes after that, and both Yennefer and Geralt remain in love and spend the rest of their lives coming back to each other no matter the circumstances.

Whatever your thoughts might be on this romance and the witcher’s take on destiny, you must admit one thing: you’re dying to find out what Geralt’s last wish actually was.