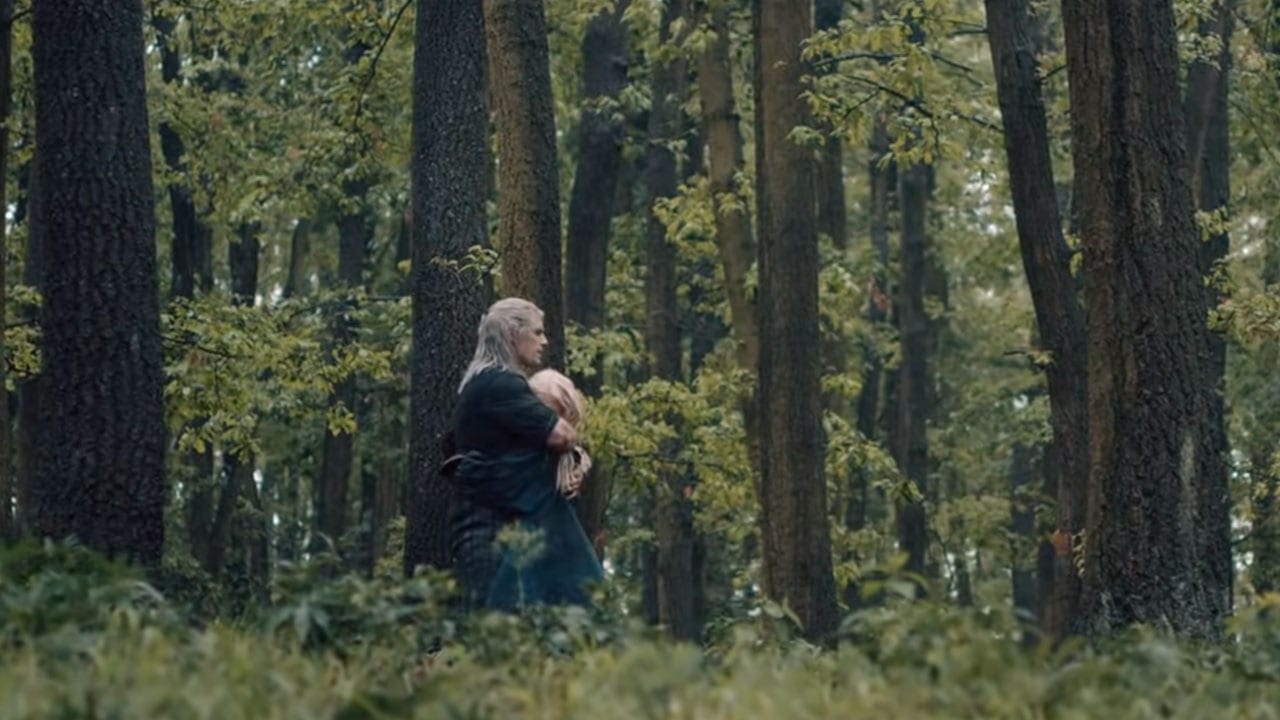 Geralt of Rivia and Ciri are the most beloved characters in the Witcher universe. Their father-daughter relationship is beautiful to watch on screen and read about in the books as well! People have been questioning their features, thinking they are actually related. They are not, but their love for each other doesn’t depend on that. so why do they look alike? And why is their hair so white? If you are a new fan, you will want to read this.

Geralt’s hair turned white after he went through the Trial of the Grasses. After he took the trial so well he made a great candidate for further experimentation which gave him extraordinary new abilities but colored his hair. Ciri gets her hair color from her mother, but it is possible the trauma and her magical abilities had an effect on her looks.

There are, however, theories. The game also tells its own story and some information was added to complete the narrative. And we will cover all the theories we could think of no matter what you like most – the books, the show, or the game.

Geralt and Ciri have many similarities when it comes to their backstory. Geralt is truly a legendary witcher. He attended the School of the Wolf and underwent the Trial of the Grasses there. This specific trial is a painful trial to which new members were subjected to advance. Whoever survived would be considered strong enough to be a witcher.

About three in ten would survive and those who did would develop better reflexes, eyes that can see in the dark, and speed. The rest would die in great pain. The formula for the grasses was lost during the attack on Kaer Morhen and we first rediscovered it in Witcher 3.

Geralt endured the trial exceptionally well and many were surprised. So they decided that he was a valuable candidate and tested other experiments that included additional mutagens. This allowed him to be faster than the rest of the witcher that underwent the trial.

Geralt also developed even better reflexes, became stronger, and was given greater stamina. This made him one of the most popular witchers but also the strongest one. He also gained greater endurance, resilience, faster healing, complete immunity to diseases, and incredibly high pain tolerance.

Even if there wasn’t for the trials, Geralt’s training was so harsh it is odd not all witchers have white hair due to the stress they put up with. Their training resulted in students dying and having serious accidents.

A specific trial Geralt was put through was the Trial of Forest Eyes. He was left in the woods, tied up, and had to get himself free and return by the morning. He had some help and eventually got free and made it.

He even had to run for his life when the School of the Cat secretly plotted to kill the other witchers and he was forced to kill his friend in self-defense.

And so Geralt, the only witcher to ever survive the mutation experiments, became famous for many names. Butcher of Blaviken, White One, The White Wolf are only some of the names Geralt has heard the villagers call him. And it was easier to handle that once he became a father.

Why does Ciri have white hair?

While Ciri isn’t Geralt’s biological daughter, it seems they have a lot in common. Ciri is also known for many names, some of which are Cirilla, Lion Cub of Cintra, Zireael, Swallow, Lady of Space and Time, and Falka.

Her heritage gets a bit more complex since there are still many mysteries surrounding Ciri’s powers. She was born in Skellige in Belleteyn as the daughter to Pavetta and granddaughter to queen Calanthe. She has left an orphan when her parents died at sea.

When Geralt lifted the curse off of Duny, he invoked the Law of Surprise. This means that the matter of payment is resolved by giving Geralt his firstborn. It turned out Pavetta was pregnant with Ciri at the time and she was promised to Geralt even though Ciri’s grandmother tried to protect her for as long as possible.

Ciri has been through a lot of stress even as a child. After losing her parents she was hunted for her power by politicians and the mages. She was sexually abused, beaten, tortured, and alone.

Ciri’s blood plays a crucial role in her story since she is the child of the Elder Blood also known as the Lara gene or Hen Ichaer. She is a descendant of Lara Dorren and carries powerful magic due to which she had many visions in another language and was able to predict the deaths of those around her.

Lara Dorren was an elven sorceress which means Ciri has elvish blood mixed with human blood. This is all crucial if we want to answer this question.

Ciri was described differently in the books than in the games. Her hair was supposed to be ashen like her mother’s and grandmothers. As the author said in an interview, her hair became lighter due to the trauma, which was also noticed by Geralt and made him concerned.

In the game, however, Ciri was most likely made to resemble Geralt even more. It was intended to show their relationship and remind the player about their similarities and intertwined destinies. Contrary to the popular belief that Ciri was also a witcher, she never underwent any mutation of that kind. It has nothing to do with her hair color.

So when it comes to Ciri, genetics, magic, and trauma affected her looks instead of mutations. Geralt, however, would be completely unrecognizable without his white hair.