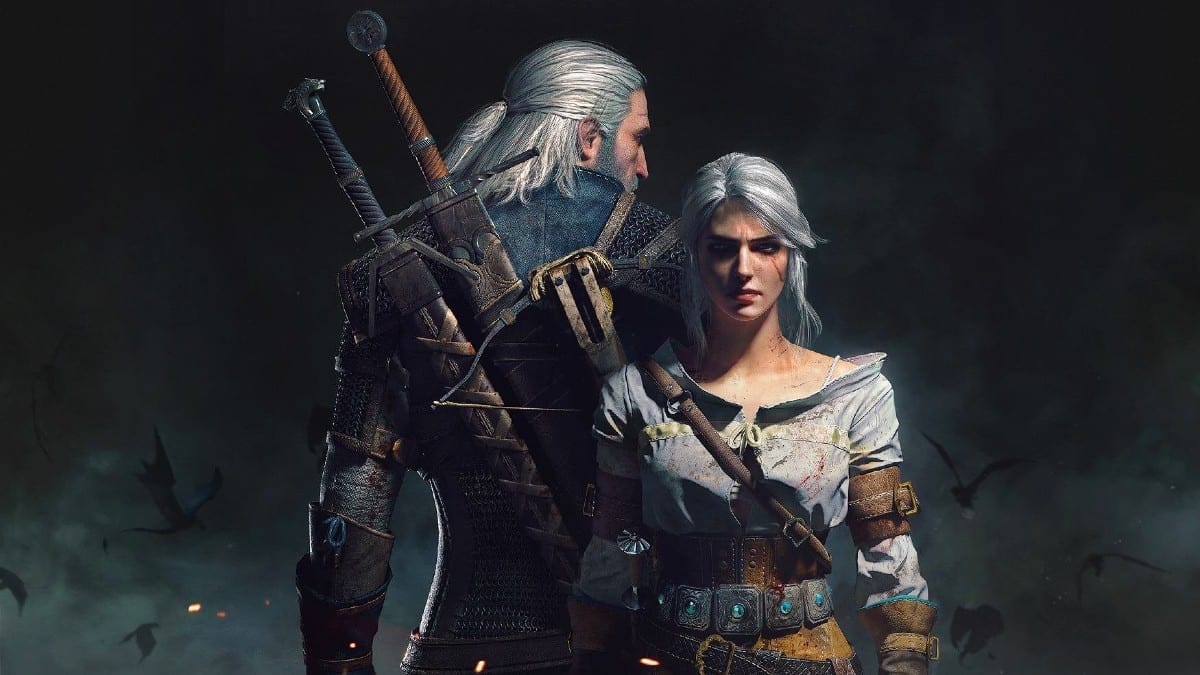 The majority of the main characters in The Witcher have fascinating physical features. These features are unique in nature, and make up a part of each character’s identity within The Witcher universe. Many of these attributes are a result of either genetic mutation, special ancestry, or as the result of magic.

Experimental mutagens are responsible for Geralt’s white hair, while genetic code and ancestry are for Ciri’s.

Some physical features are as a result of characters’ experiences throughout the series. These physical features help us keep track of the timeline, and provide visual elements to support the pre-existing sequence of events. There have been visual changes such as scars, injuries, and color changes – a story unique to each character lies behind each and every one of them.

There are many distinguishing features of a Witcher, but many fans have wondered why Geralt has white ashen hair while some other Witchers do not. But yet, Ciri who is not a Witcher, has ashen hair too. The reason for the confusion here is clear. What exactly caused it? What makes these two so unique in comparison to other characters within this universe?

There is quite a simple explanation for Geralt’s snowy locks. Geralt went for training in Kaer Morhen with peers and comrades. During the Trials of the Grasses, the boys were given toxins that increase reflexes, metabolism and ability to digest Witcher potions. Geralt displayed an unusual tolerance for the mutagens that bestow Witchers with these astonishing abilities.

The entire process that the Witchers underwent in order to become mutated was in an attempt to create something more powerful than humans. While the known process was effective, improving the process for more enhanced outcomes was always a potential objective – an objective that would require extensive testing and willing subjects.

As a result of his unusual tolerance, he was subjected to additional experiments and trials that other Witchers had not undergone. The series of mutations create alterations within their genetic structure and adjustments within the structure of the organism as a whole.

These additional experimental mutagens are what ultimately stripped Geralt’s hair strands of pigment, turning them a milky ash color. It also stripped the rest of his cells of most of its pigment, which resulted in his pale skin.

He developed cat-like eyes and a heightened sense of smell along with this loss of pigment. The above characteristics that developed in combination with Geralt being a Witcher from the wolf school is where one of his well-known aliases ‘The White Wolf’ originated from.

These mutagens could have also been a contributing factor with regard to his superior speed, strength and stamina in comparison with his fellow Witchers. He was rendered more powerful overall as opposed to his peers.

After the extensive trials, Geralt emerged with milky strands and surging with enhanced abilities. It was not made clear who exactly succeeded at undergoing these experiments alongside him, but it is heavily implied that he was the sole survivor. This made him unique as a Witcher.

That being said, Geralt was not enthused to undergo these experiments, and only gave consent in order to spare the lives of some of the other boys. He did suffer a great deal of stress and trauma throughout these experiments. In fact, he almost died.

When compared with other Witchers such as Lambert and Eskel, the difference is distinctive. These two had never undergone special experiments, only going through the standard mutagenic process for Witchers, and are still relatively young for Witchers.

When it comes to Vesemir, he is extremely old, and could be going grey as a result of this. There is no evidence to suggest that he had grey or white hair in his earlier years, and it’s implied that it’s still quite possible for Witchers to go grey with age. As far as is known, Geralt is the only Witcher to develop white hair as a result of the mutagens.

Why does Ciri have white hair without being a Witcher?

Although Ciri’s hair is similar in appearance, her hair is more of a natural ash grey color as opposed to white. But, how did this happen from birth, with no experiments or mutagens?

It is quite possible that it is due to her genetic code and ancestry. Ciri’s mother, Pavetta, and grandmother, Calanthe, both had grey hair as well. It is said that grey, ashen hair and large emerald eyes are two of the primary features of the Elder Blood women.

Some confusion may stem from the game version of Ciri, where her hair is mainly white, and almost exactly the same as Geralt’s hair – alluding to a possibility of a more interesting story behind it. However, this may have been done simply for visual appeal, as well as the attempt to create a visual correlation between Ciri and Geralt.

In an interview with Sapkowski, he stated that he intentionally created Ciri’s hair in an ashen cross between black and white in order to create a visual reference to both Geralt and Yennefer – Geralt’s white hair, and Yen’s black hair. This was despite the fact that she was adopted, and not genetically their daughter – perhaps the game developers weren’t expecting so many of its players to have read the books.

In the book, her hair is described as ‘ash blonde’, ‘ashen grey’ and ‘mousy blonde’ from birth, and her hair begins forming white streaks in Lady of the Lake. This could be due to the early onset of grey hair as a result of stress and trauma, most of which were endured from Bonhart. Many children born with ashen hair go grey or white quickly with age.

The sight of this upset Geralt. It is possible that this reminded him of the cause of his own white hair, despite the fact that Ciri had never undergone any genetic mutations that could have caused this. It’s also plausible that he was aware that the trauma she had gone through had caused it, and he was upset thinking of this.

As enjoyable as grand speculations are, there is really nothing too bizarre about this. This is within the context of a magical universe, and both characters are indeed unique and one of a kind. It is understandable that their rare genetic codes would have an impact on their visual appearance, and possibly the way their bodies change as they age.

Both characters have somewhat simple reasons behind their hair color and features. Still, these minor details add so much depth to the characters in question, adding pieces of their past for the viewer to visually connect them to as the series progresses.