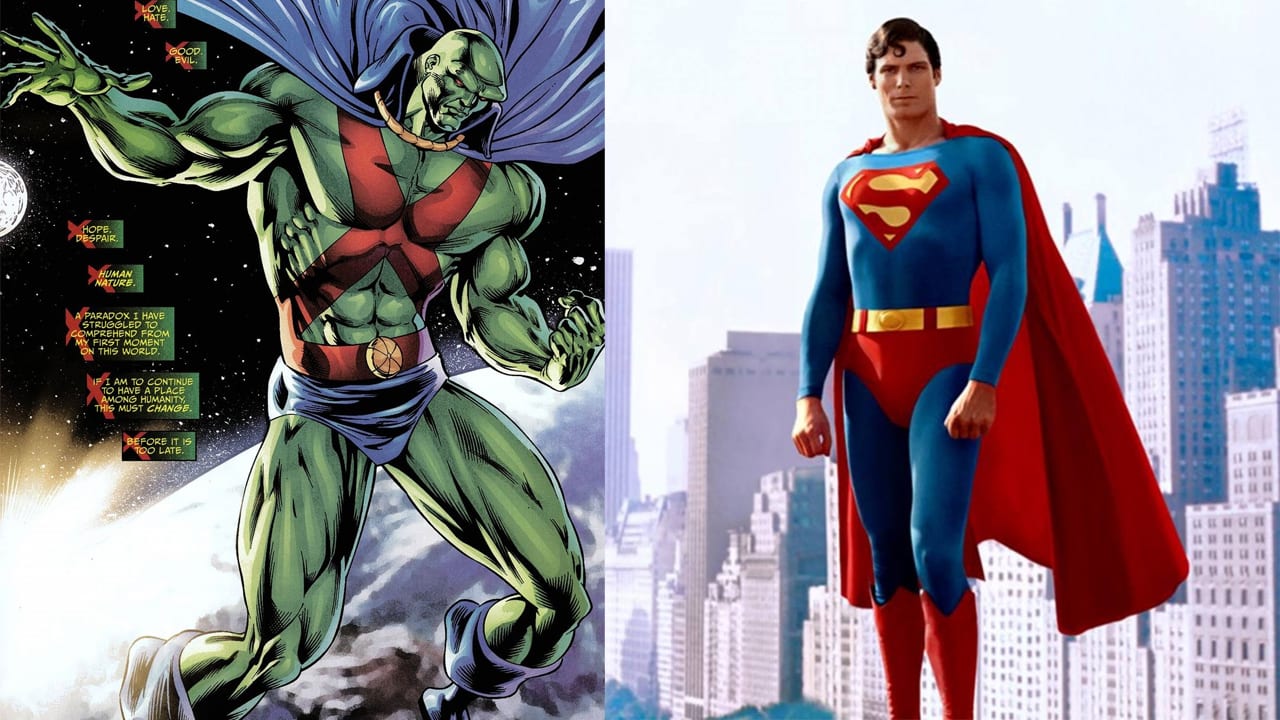 Martian Manhunter (J’onn J’onzz) and Superman (Kal-El) are the two most powerful superheroes of the DC Universe.  Martian Manhunter was created by writer Joseph Samachson and artist Joe Certa, who made his first appearance in the story “The Manhunter from Mars”, Detective Comics #225

(1955). Superman was the creation of writer Jerry Siegel and artist Joe Shuster, and first appeared in the comic book Action Comics #1

Superman would easily win a fight against Martian Manhunter. The reason behind Superman’s victory would be his power of heat vision which projects fire beams whereas fire is the biggest weakness of Martian Manhunter. He loses all his powers and ability to control his physical form when exposed to fire.

How powerful is Martian Manhunter

After the Martian holocaust which took away the life of J’onzz’s wife and daughter, he was accidentally teleported to Earth by scientist Saul Erdel. Here in his adoptive home, he became one of the greatest champions under the alias Martian Manhunter. Displaying a vast array of powers such as super-strength, super-speed, invulnerability, flight, shape-shifting, intangibility, and telepathy, it is his brilliant mind and steady leadership style that has made him a beloved member of the Justice League in all of its incarnations.

Out of all his powers, his shapeshifting abilities are the most fascinating. He can change his mass, relative shape, color, density, and even clothing if he desires. Using this ability he takes the guise of Detective John Jones. He is also capable of growing an extra set of arms to augment his fighting abilities and his strength. He can become incorporeal and move through objects or allow attacks to fly innocuously through him.

His shapeshifting abilities clubbed with his power of absorbing matter to his mass results in incredible superhuman strength. By using this ability he can grow as big as the gigantic Antares. On another occasion, he used this to enhance his regenerative abilities. In the showdown against his evil twin brother, Ma’alefa’ak, J’onzz’s body was almost destroyed in an exploding spaceship. While any other superhero would have succumbed to death, he regenerated his entire body from his severed hand.

He also possesses superhuman speed which he traditionally uses for flying and manipulating the magnetic fields of energy. His super-breath helps him to create a strong force of hurricane-like winds. His high intellectual capabilities and long-term association with mankind make him the voice of wisdom to the rest of the DC Superheroes.

It is absurd that being the most powerful superhero, Martian Manhunter has such a simple weakness. He has a psychosomatic fear of fire. Exposure to fire causes him to lose his powers. In the case of extreme fire, he loses his control over his biomorphic form and melts into a pool of writhing green plasma.

The world’s first Superhero, the Superman, was born as Kal-El on the dying planet of Krypton. His parents, Jor-El and Lara sent him in a rocket to the planet Earth with a hope that their son would be the last surviving Kryptonian. Found by the kindly Jonathan and Martha Kent, Kal-El was raised as their son Clark Kent. Although an alien to this world, his upbringing by the Kents imbibed human and moral values. A member of the Justice League of America, Superman became the ultimate symbol of hope who fights with a conviction for truth, justice, and the American way.

Superman is a storehouse of countless superhuman abilities. His superhuman strength enables him to perform physical feats which are beyond imagination, from moving a mountain top to creating powerful sonic booms with just the clap of his hands. He is strong enough to shift the orbits of the planets (DC Comics Presents #3) and durable enough that not even a nuclear bomb can harm him (Kingdom Come

Superman can defy the laws of gravity and achieve flight at above supersonic and hypersonic speeds. He uses his superhuman speed to create a vortex and accelerate his molecular structure to achieve various effects. His reflexes are far greater than any living entity, allowing him to easily react to danger and perceive the world in slow motion.

All his senses are enhanced to superhuman levels. His mind is capable of perceiving femtoseconds and attoseconds (Action Comics #1000

). His ability to super-hearing not only helps him to hear the sound of the lowest frequency but also block out ambient sounds and focus on a specific source. With his ability to super-vision, he can process the entire electromagnetic spectrum. Infrared, microscopic, telescopic, and X-ray vision are the abilities that fall under the umbrella of his super-vision.

Using the ability of Heat Vision, Superman can project fire beams of intense heat by looking at the target. His last resort power is also a type of heat vision known as the Super Flare. This ability allows him to immediately expel all his stored energy into a colossal outburst of explosive force. It completely drains all his powers and renders him virtually to a human until his complete recovery. Longevity, self-sustenance, invulnerability, superhuman stamina are some of the few other superhuman powers of the Superman.

Superman has two distinct weaknesses. He is vulnerable to Kryptonite and magic. Prolonged exposure to green kryptonite radiation not only nullifies his powers but also has the capacity to kill him. In Action Comics #300, it is also mentioned that all his powers are activated by the yellow sun and can be deactivated by red sunlight similar to that of the Krypton’s sun. Moreover, just like a normal human, Superman is also easily affected by enchanted weapons and magical spells.

Who Would Win in a Fight Martian Manhunter or Superman

Before reaching an obvious conclusion of Superman winning the fight against Martian Manhunter, it is necessary to understand a different aspect of the DC Comics Universe. Superman and Martian Manhunter are almost equal in regards to strength, speed, sense, intellect, and extraterrestrial origin. But they differ in their character development.

In regards to superhuman abilities, the most unique ability of the Martian is his telepathic power that would have provided a strong challenge to Superman. But it is Superman’s indomitable will and Torquasm Rao, a Kryptonian martial art, which allows him to separate himself from his body, preventing others from manipulating his mind.