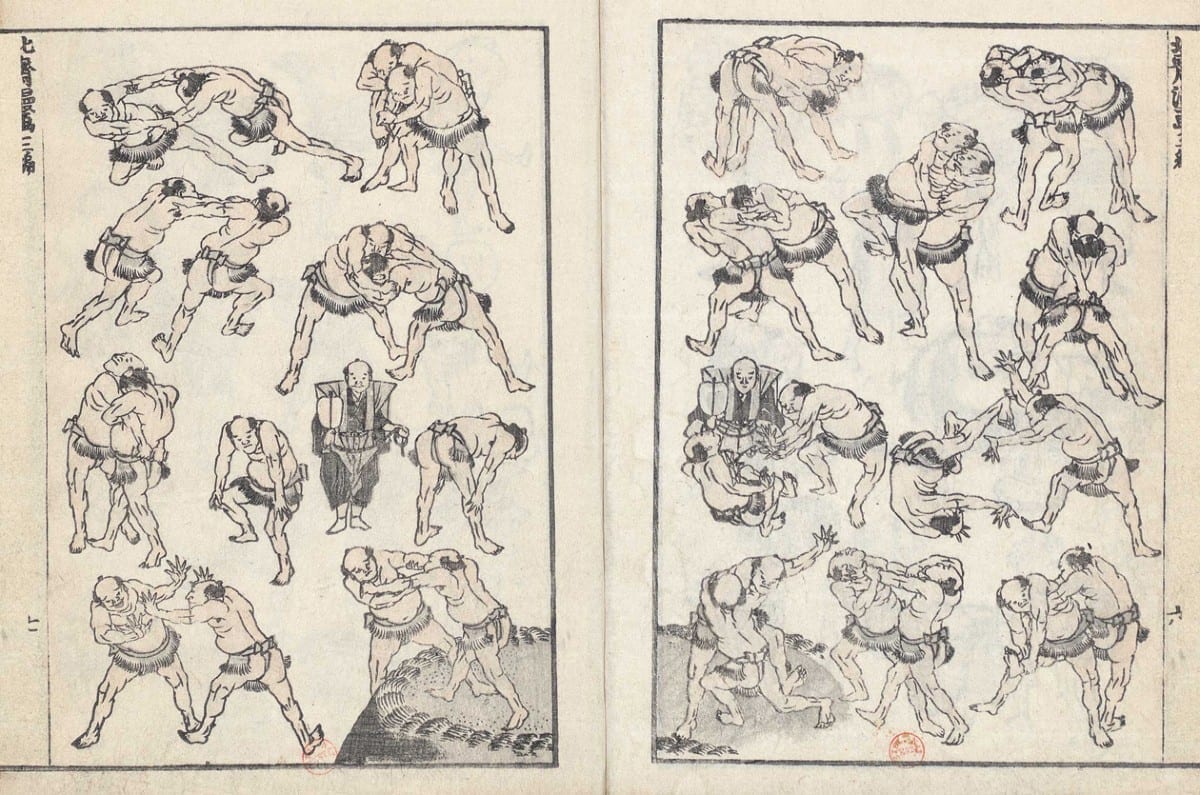 Not so long ago, we’ve explained to you the difference between anime and manga. Those two forms of art are among the most popular Japanese products globally. Manga, being comic books, has a global following and are sold around the world. Anime, which is a term for Japanese animation, also has millions of fans around the world and is immensely popular, including both anime series and anime films. But, do you know the first manga, or the first anime ever produced? If you don’t – you’ll soon find out.

With the history of manga not being completely clear, we could not pinpoint the first one exactly, but we assume that the first manga appeared somewhere around the end of the 18th century. As for anime, the oldest known work of Japanese animation is the animated short Katsudō Shashin, which was created (probably) in 1907.

Before we commence with the historical part, let us just briefly explain the two terms we’re going to talk about.

Manga (Japanese: 漫画) is a term that refers to comic books and/or graphic novels originating from Japan. Manga are very popular both in Japan and in the rest of the world. The term manga (katakana: マンガ; hiragana: まんが) has a much wider meaning in Japanese, where it refers to both comic books and comic cartoons. On the other hand, outside Japan, the word is usually used to designate comic books or graphic novels coming from Japan. Manga have a very specific style, which is associated with a Japanese drawing style from the 19th, although the predecessors are present throughout the history of Japanese art.

Now that we’ve gone through the main terms, let us see the historical part.

The history of manga

Manga has a very rich and interesting history, but its exact origins – at least before the appearance of modern manga – aren’t completely clear.

Current research suggest that early forms of manga appeared as early as the 12th century, with some forms also appearing during the 13th century. Books containing drawings reemerged during the Edo period (1603–1867), with Toba Ehon being a notable example. These books paved the way for the emergence of real manga. The term “manga” was actually consolidated in 1798, the same year Santō Kyōden published his picture book Shiji no yukikai, which is considered to be the first actual manga by some modern historians. The early 19th century also delivered famous predecessors like Aikawa Minwa’s Manga hyakujo (1814) and the celebrated Hokusai Manga books (1814–1834), which contained drawings collected from the sketchbooks of the artist Katsushika Hokusai (1760–1849), one of Japan’s foremost visual artists in history. Rakuten Kitazawa (1876–1955) first used the word “manga” in the modern sense.

These were all historical predecessors of modern manga, which started to emerge after World War II.

Modern manga boomed during the post-war period. There was no common style or source back then, just a large group of creative individuals who created great and popular stories. One of the first post-war manga was Machiko Hasegawa’s children’s yonkoma manga titled Sazae-san, which debuted way back in 1946; its run ended in 1974. Sazae-san was also adapted into an ongoing anime in 1969, which became the most watched anime in Japan during 2011. Another early pioneer was Osamu Tezuka, the author of the extremely popular manga Astro Boy, which ran from 1952 to 1968, and has been adapted on several occasions. Thus, modern manga was actually created.

During the years that followed, artists kept innovating and improving the genre, while also creating and defining new subgenres of manga for different audiences; this is how manga are classified even today.

As you could’ve seen for yourselves, it is very difficult to pinpoint the exact origins of manga. Historical versions stem from the 12th century, while modern manga appeared during the post-war period. This is why it is almost impossible – also because of the lack of reliable sources – to determine the first manga ever, but if we had to pick, we would choose Kyōden’s Shiji no yukikai, which was probably more influential that we can ever imagine from our perspective.

Was Katsudō Shashin really the first – A history of Japanese animation

Although likewise not completely clear, the history of anime enables us to give a more precise answer when animation is concerned. This is mostly due to the fact what we probably have incomplete historical data, as some sources have probably been lost or not discovered yet, but what he have seems to be very precise, so we can use it for the basis of our text.

In 2004, a secondhand dealer from Kyoto called art historian Natsuki Matsumoto to check out some old tapes he had obtained. Among the tapes, Matsumoto found a short anime film consisting of just 50 frames, which he then named Katsudō Shashin (Japanese: 活動写真; “motion picture”). Matsumoto dated it to around 1907, which would certainly make it the oldest anime ever produced. The anime simply shows a boy writing the phrase “活動写真”. You can see it for yourselves:

While Matsumoto was sure of his findings, the issue arises because this short movie predates the earliest known Japanese anime movies (i.e., produced in Japan) – two unnamed ones and Dekobō Shingachō: Meian no Shippai (凸坊新画帳・名案の失敗, “Bumpy New Picture Book: Failure of a Great Plan”) – by at least 10 years, since they were produced around February 1917. This is why Matsumoto’s discovery caused so much stir among historians.

From 1917 onward, anime were regularly produced in Japan, with the whole industry also producing during World War II. Of course, an explosion came during the post-war period, when production companies Toei Animation (which is still one of the most popular anime production companies even today) and Mushi Production were founded. The industry truly blossomed during the 1960s, when some of the most memorable titles were produced, and has been growing ever since, becoming a very popular global brand.

So, as far as anime is concerned, we have a more precise answer – the first anime debuted in 1907, but with a catch. Namely, historians are still not completely sure about the authenticity of that date, because it predates the until 2005 earliest known anime, which were produced in 1917.