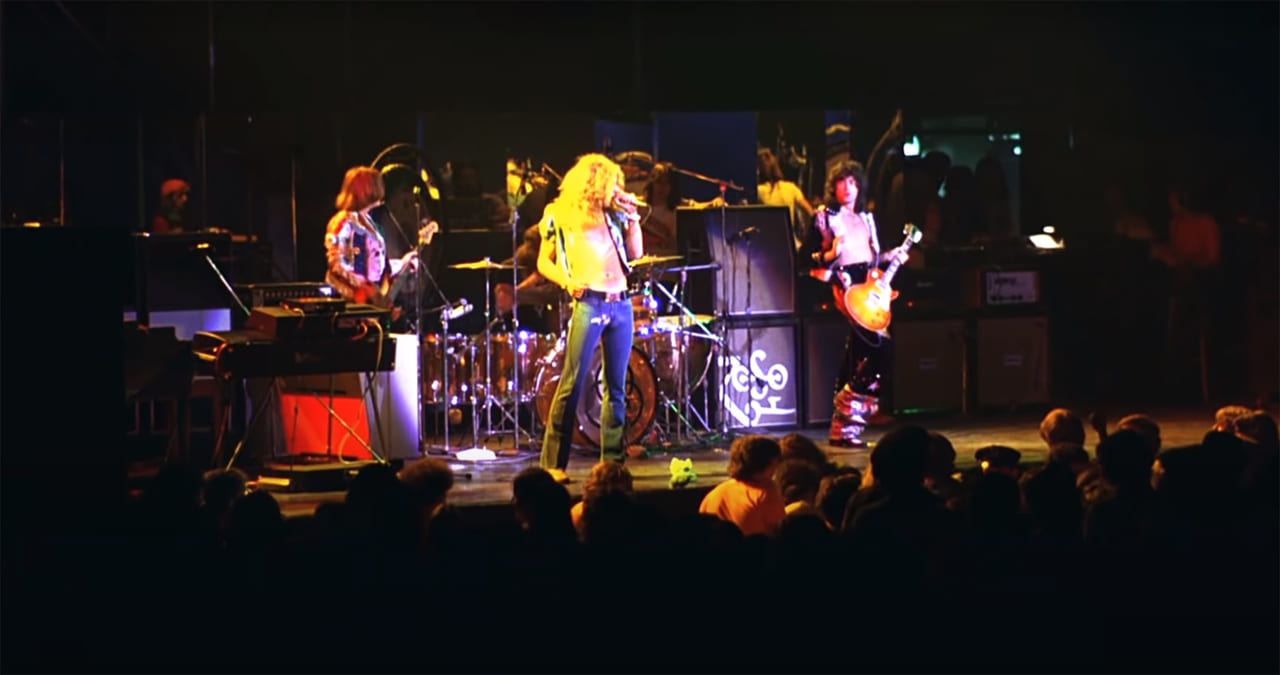 Led Zeppelin has written hundreds of songs and as with every other artist, they have had to have some sort of inspiration, correct? In today’s article, we are going to see in which songs Led Zeppelin sings about Lord of the Rings.

Ramble On, Stairway to Heaven, Misty Mountain Hop, and Bron-Y-Aur are the songs in which Led Zeppelin sings about Lord of the Rings.

For the rest of the article, we will be examining some of the common songs that Led Zeppelin allegedly wrote about the Lord of The Rings as it is exactly this series that inspired Led Zeppelin and therefore shaped how we see the modern culture. So are you ready? Let’s start!

Is Ramble On by Led Zeppelin about Lord of the Rings?

‘Ramble On’ is probably the song that first pops up into people’s heads whenever people mention Led Zeppelin and Lord of the Rings in the same sentence. That’s because there is a clear reference to the fictional story in the song’s writing.

Here is the section of the lyric that references Gollum and Mordor:

‘Mine’s a tale that can’t be told, my freedom I hold dear
How years ago in days of old when magic filled the air
‘Twas in the darkest depths of Mordor, mm-I met a girl so fair
But Gollum and the evil one crept up and slipped away with her her, her, yeah
And ain’t nothin’ I can do, no’

The lines here are a clear reference to Frodo’s quest to return the One Ring. The story of Frodo is one familiar, he is given the task of carrying the One Ring, the one granted with the power to destroy all of Middle Earth. It has been said that the girl mentioned in the lyrics of Ramble On, as well as in other Zeppelin songs such as Over the Hills and Far Away is, in fact, the One Ring. Throughout the saga of Lord of the Rings, the Ring is often referred to as a beautiful lady and is often called “precious“.

The song Ramble On is clearly about love/women and the references pertaining to the Tolkien world is the perfect metaphor to capture that.

Is Stairway to Heaven based on Lord of the Rings?

As with all other art forms, the meaning of an artwork is subjective and based on the perspective of the viewer. Therefore, the answer to the question ‘Is Stairway to Heaven based on Lord of the Rings?’ is purely speculative meaning, it could be a reference, if you want it to be.

Stairway to Heaven is a collection of evocative images surrounding the theme of hope. The lyrics of the song is riddled with elements from different religions, folk songs, and stories, as well as the indigenous North American life.

While it may not specifically pertain to the Lord of the Rings, however, there has been speculation that the ‘lady’ that the song goes about is Galadriel. However, the speculation is exactly just that: speculation. The song begins by strumming about heaven, which is a Christian element and definitely not some leaf-laden fantasy world. Ultimately, the motif of a lady that the song sings about is just a lady, a topic in which you can find in many other folk songs and fantasy works that don’t necessarily have to connect back to the Lord of the Rings.

The attempts to connect the two via lyrical allusions seem to be very misguided as Stairway to Heaven apparently draws more from English and American folklore rather than the Norse or Tolkien-esque themes that we want to make it out to be.

You could go online to search up the references and you’ll find a lot of convincing arguments as to why the song is about Galadriel and the Lord of the Rings but you’ll be saddened to find that there is no direct connection from Stairway to Heaven to the Lord of the Rings unless you were to make some assumptions about the work and the lyrics. It would be beneficial to also note that some of these assumptions seem to be too much of a stretch to actually hold true.

Is Misty Mountain Hop about the Lord of the Rings?

This is another song that comes to mind whenever we mention the presence of Lord of the Rings reference in Led Zeppelin songs as it has multiple clear references to the piece of literature.

The song was included in Led Zeppelin’s untitled fourth album and received lots of FM Radio time, primarily because of the hordes of fans that reveled in the references to their favorite trilogy.

The song is about a ‘love-in’, a peaceful gathering focused on meditation, love, music and the occasional use of psychedelic drugs. The love-in was broken up by the police and ‘In England,“ Robert Plant wrote, ‘this is understandable because wherever you go to enjoy yourself, ‘Big Brother’ is not far behind.’

The Misty Mountains, as found in the title, is another reference to J.R.R. Tolkien’s The Return of The King. It’s literally also the place where Bilbo Baggins and his gang spent some time in The Hobbit.

In short, the Misty Mountain Hop is definitely a reference to the trilogy. Zeppelin was deeply influenced by European mythology, mysticism, and the occult and as a result, we find obvious Tolkienistic references on the lyrics on Led Zeppelin II, III, IV and House of The Holy.

Is Bron-Y-Aur Stomp about the Lord of the Rings?

Again, this is definitely one of those songs whose meanings can be taken literally and shouldn’t be read into that much as connecting the Bron-Y-Aur Stomp and the Lord of the Rings seems to be too much of a stretch to actually make sense.

In truth, Bron-Y-Aur Stomp is simply a country-western style song about a stroll through the woods. Robert Plant had decided on the name of the song after he had spent innumerable days wandering around with his dog, Strider.

Bron-Yr-Aur means ‘golden hill’ and is a reference to the location of the hill in the mid-Wales countryside nearby Machnylleth, a place whose people claim the town to be the ancient capital of the country despite records never showing such a title. The cottage at Bron-Yr-Aur is, admittedly, a breathtaking location as the land itself feels ancient to the visitor as you stand there surrounded by many medieval cottages and mansions. It’s no surprise that this is where many of Zeppelin’s Tolkien inspired tunes were written in the cottage.

Because of this, the cottage has become a destination for rock enthusiasts pilgrims to visit. Against the better wishes of the current owners, some of the rock fans visiting the site take things that aren’t theirs, occasionally breaking in or taking photographs of the inside of the house, a clear violation of the owners’ privacy.

In short, while the Bron-Y-Aur stomp wasn’t an allusion to the Lord of the Rings, the location was such a beautiful place that it inspired a lot of the songs that actually were Tolkien references.

Those of you that don’t know Led Zeppelin or haven’t listened to any of their songs have been living under a rock for your whole life. After all, this English rock band literally defined the genre of rock music and the rock lifestyle. In their active years, the band was the epitome of branding and they also changed the way that music was written and recorded for the radio as well as how band organizations operate.

Led Zeppelin’s legacy is so overwhelming that their music inspired and continues to seep into some of the great musicians of the following generation. Guys like Aerosmith, Guns ‘n Roses, Van Halen, Red Hot Chili Peppers and all those guys were, in one way or another, inspired by Led Zeppelin.

Robert Plant would often comment about the lyrical allusions that they’d have towards the series and he would add wood to the fire by stating that Jimmy Page would often play music and write songs about them. He even once said ‘After reading Tolkien, I knew I had to move to the country.’ Clearly, the trilogy left a deep impact on the band’s writings and subsequently left an even deeper impression on modern culture than what we had initially thought.