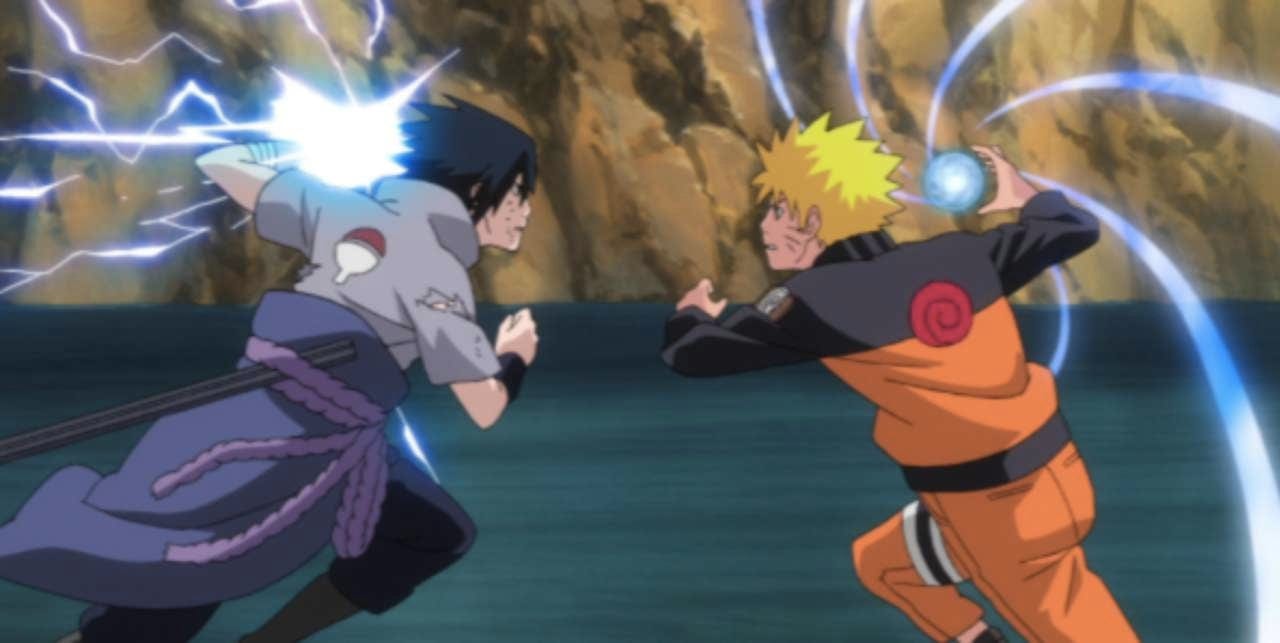 All anime fans and also a substantial number of non-anime fans have probably heard of the animanga Naruto, one of the most popular and longest-running franchises in the branch (others being One Piece and Bleach). Naruto focuses on the protagonist Naruto Uzumaki and his adventures in the land of the shinobi, where he and his friends fight against different forces of evil. In today’s article, we are going to resolve the eternal debate on who’s stronger – Naruto or Sasuke?

Although Sasuke was more gifted and had more success in their fights, in the end it was Naruto who proved to be the stronger one of the two.

Who is Sasuke Uchiha?

Sasuke Uchiha (うちは サスケ, Uchiha Sasuke) is Naruto’s rival in the anime and manga. He was designed by Kishimoto to take the role of the “cool genius”, since he felt this was an integral part of an ideal rivalry.

Sasuke’s older brother, Itachi Uchiha, killed the rest of their family, which is why Sasuke’s sole desire is to kill his brother, and he develops a cold and withdrawn personality, seeing people as tools to further his goals, although also gaining the affection of most of the girls he knows, much to his annoyance.

Later on, though, Sasuke seems to begin considering his future teammates precious to the point of risking his life to protect them, while focusing on revenge less than at the start of the series. Following an encounter and a subsequent defeat at the hands of his brother, Sasuke severs his ties and leaves the village to seek more power from a man named Orochimaru.

By the events of the Boruto franchise, Sasuke has become a vigilante investigating the Otsutsuki clan while aiding Konohagakure.

Before we actually give our verdict, we have to see what powers and abilities the two protagonists of our article have.

We’ll start off with Naruto Uzumaki. He is quite an interesting character, as he started off as a very inept and weak ninja (shinobi), only being able to master the completely useless Sexy Technique. On the other hand, with time, Naruto not only mastered more complex techniques but also became – as most think – the most powerful shinobi in history. At the height of his abilities, he was able to face and defeat some of the most powerful fighters in the franchise. He also has massive reserves of very strong chakra, which are activated gradually as the anime progresses. As for his jinchūriki transformations, Naruto also gradually enhanced his skills, but for most of the time, he only used half of Kurama (the Nine-Tailed Beast) during his transformations, meaning that he only used half of his full potential. Now let us see how the official databooks list his powers:

As for Sasuke, he was considered to be a natural talent and was for most of the time considered to be stronger than Naruto, although this was never proven. His general skill level was always very high and Sasuke was a truly powerful and talented shinobi, mastering even the most complex of techniques. He also has a very strong chakra, but unlike Naruto, his chakra is dark and mostly consists of negative energy from which Sasuke draws his enormous powers. Unlike Naruto, Sasuke only has one Rinnegan so, in this aspect, Naruto’s abilities are higher. Let us see the official numbers:

As you can see, the official numbers stare that Sasuke is stronger, but neither the manga, nor the anime have supported this, as Naruto was usually the stronger among them, with even Sasuke affirming on several occasions that Naruto was stronger than him.

We are going to give you our final verdict in this section, but before that – let us see how the fights between Naruto and Sasuke played out. The two of them fought five times – twice in Naruto and thrice in Naruto Shippuden – and this is how it played out:

As you can see, although Sasuke seemed stronger, when the fate of the shinobi world had to be decided, it was Naruto who proved to be the stronger one. He is, by most – and ultimately even Sasuke – perceived as the strongest shinobi in history, so it’s natural that he is stronger than even the naturally talented Sasuke. In the end, the two once again became friends and two very powerful shinobi whose combined power is said to be able to destroy the whole world.