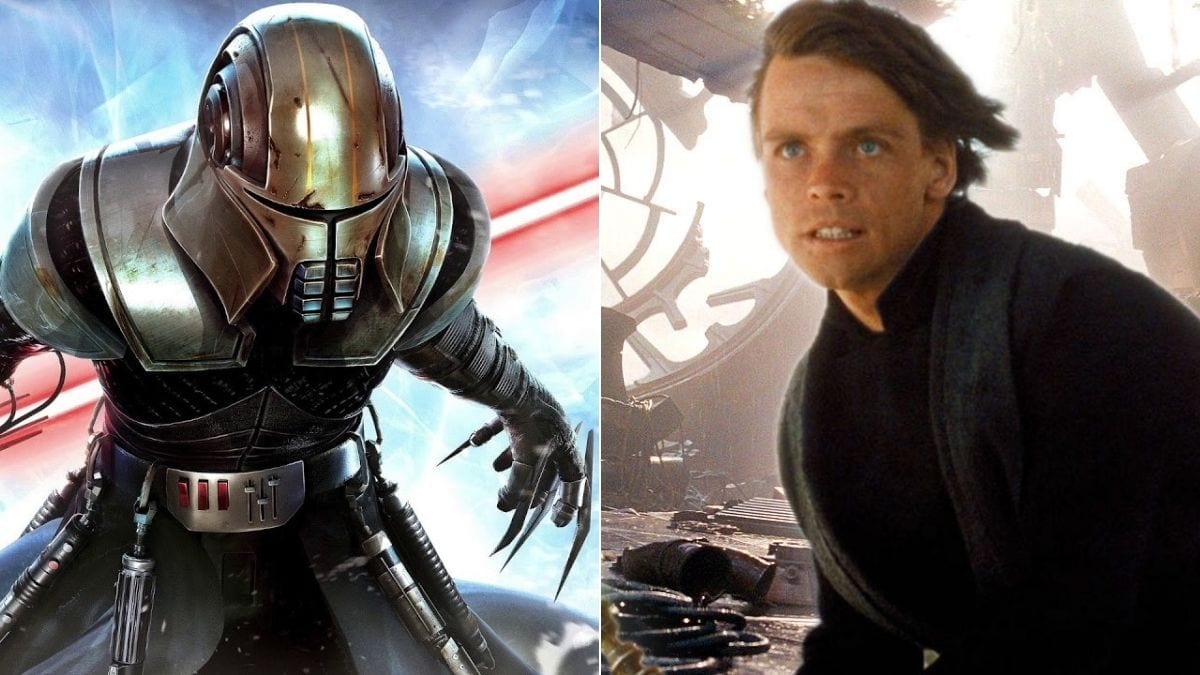 Starkiller is one of the fan-favorite characters from the Star Wars franchise. He was introduced in the Force Unleashed video game. Darth Vader trained him on the dark side of the force. Luke Skywalker is the son of Vader, hailed as one of the most potent force users among Yoda, Anakin, and Emperor. What would happen if Luke and Starkiller battle?

Continue reading to find out more about those two similar characters, as well why we think the draw would be the most probable option, as well as can Starkiller defeat Darth Vader.

Who is Darth Starkiller and how strong he is?

The birth name of Starkiller was Galen Marek; both of his parents were Jedi warriors. His parents deserted the Jedi order before his birth and went on run. After some years, they were found by Darth Vader, who killed his father and sensed that young Galen had a powerful connection to force. Vader abducted him and killed a squad of stormtroopers to keep his identity secret. Vader made Galen his secret apprentice and taught him the ways of the dark side of the force. Vader planned to overthrow Palpatine with Galen as his apprentice.

Vader controlled him with fear and then taught him how to harness raw emotions and act on it. Galen hated Vader, but he trained to get stronger, and as time progressed, he forgot his past. Darth Vader gave him the name Starkiller. Starkiller turned out to an excellent warrior, and Vader used him as a secret assassin. Even at a very young age, he could use abilities like force lightning and force repulse, which is extremely difficult for the greatest of force users, and he used these abilities frequently. He was also very skilled in a lightsaber; he could amplify it by using force.

He is capable of holding his own against the likes of Darth Vader and Mace Windu. One thing to be noted here is that he is a game character, so he is overpowered. The players need to use these kinds of crazy abilities to be satisfied and enjoy the game. All things aside, he still accomplished remarkable feats. Force was very strong with him and his years and years of training under Vader made him one of the most robust force users in star wars. His power level is counted among Vader, Yoda, Palpatine, and Luke Skywalker.

Who is Luke Skywalker and how strong he is?

Luke is a force, sensitive person. He is the son of Anakin Skywalker, one of the most powerful force users in the Star Wars universe. His uncle raised him on Tatooine, and Obi-Wan Kenobi kept an eye on him from time to time. He was never formally trained in Jedi arts. Even with all these deficiencies, he turned out to be a great warrior. The force was strong with him. He could master a skill with just minimal practice. He has learned some skills only by reading about them.

In films, we did not see much of Luke’s powers; he was not the best at anything. But there are legends in the Star Wars universe that depict Luke on a high level of force users. He could freeze anything in time, even the little drops of water that show he much he was in sync with force. He could use force speed, this ability enhances one’s pace, and during dueling, it gives the user an edge; this way, he can have swift reflexes. He also used this ability to slow down the things that were around him. Both these abilities used together made him a legend.

He could force heal. He could communicate with people using the force, this ability was only used by force ghosts, so it is remarkable. In The Last Jedi, he projected himself from another planet, that was some whole another level of skill. He could use the force to heal himself, change his appearance. He had the ability of electric judgment, the light version of force lightning. In one of the legends, Luke walked on lava; he did not get a single burn on his body; this is the ability that Anakin needed the most. In other words, Luke was an extremely powerful Jedi.

Starkiller vs Luke Skywalker: Who Would Win

The developers of the game made Starkiller keeping Luke in mind. He was a photo negative of Luke. Starkiller was what Luke would have become if he had joined his father and chose the dark side of the force. Even his name ‘Starkiller’ was supposed to be Luke’s name in Lucas’s early drafts. Luke and Galen were both born in the same year, and they were equal in age. Vader trained Galen while Luke did not get as much training as him, but Luke learned much from his short sessions with Yoda and Obi-Wan.

Luke is hailed as one of the greatest Jedi warriors, and recently Starkiller is getting very popular among the fanbase. The question we have here is, what would happen if Luke and Starkiller fought? Who would win? Anything could happen. Both are potent warriors, and both of them have different expertise. One thing common between them is their sheer connection with the force. Some would argue that since Starkiller used the dark side of the force, he would win against Luke, who always stays on the force’s light side. That is not the case because Luke is mighty, even without using the force’s dark side.

Since Starkiller is the anti-Luke, we can only think that they are equals. Both of them have a somewhat similar storyline where the Emperor wants them to kill Vader and join him. They both refuse. At the end of the day, the Starkiller is just Luke but on the dark side. Starkiller is just as powerful as Luke Skywalker.

Is Starkiller More Powerful than Vader?

Everyone has their areas of expertise when it comes to battling. But it could be argued that Starkiller is more powerful than Vader. Vader put him through arduous training that suppressed his early childhood memories. The only purpose of Starkiller’s life was to accompany Vader to overthrow the Emperor. But Vader betrayed Starkiller. After his betrayal, Starkiller recovered his old memories and called himself by his birth name Galen Marek.

During the game’s climax, Galen traveled to the unfinished death star to save his new friends and confront his master, Darth Vader. He went on to have a lengthy duel with Vader and, in the end, defeating him. Emperor, impressed with his power, tempts him to kill Vader and join him, and together they can rule the galaxy. Luke was also put into the same situation, and just like Luke, Galen also refused to kill Vader.

Galen then attacked the Emperor to buy enough time for senators to escape the death star. They both used force lightning and ended up in a lock; he kept it until his death. The early founders of rebellion recognized Galen’s sacrifice, and they honored him by adopting the Marek family crest as an official emblem for their rebellion.

In an alternate timeline, Galen killed Vader and took his place alongside Emperor. In any case, he defeated Vader. Galen never stopped testing his limits. It can be said that he was more powerful than Darth Vader.