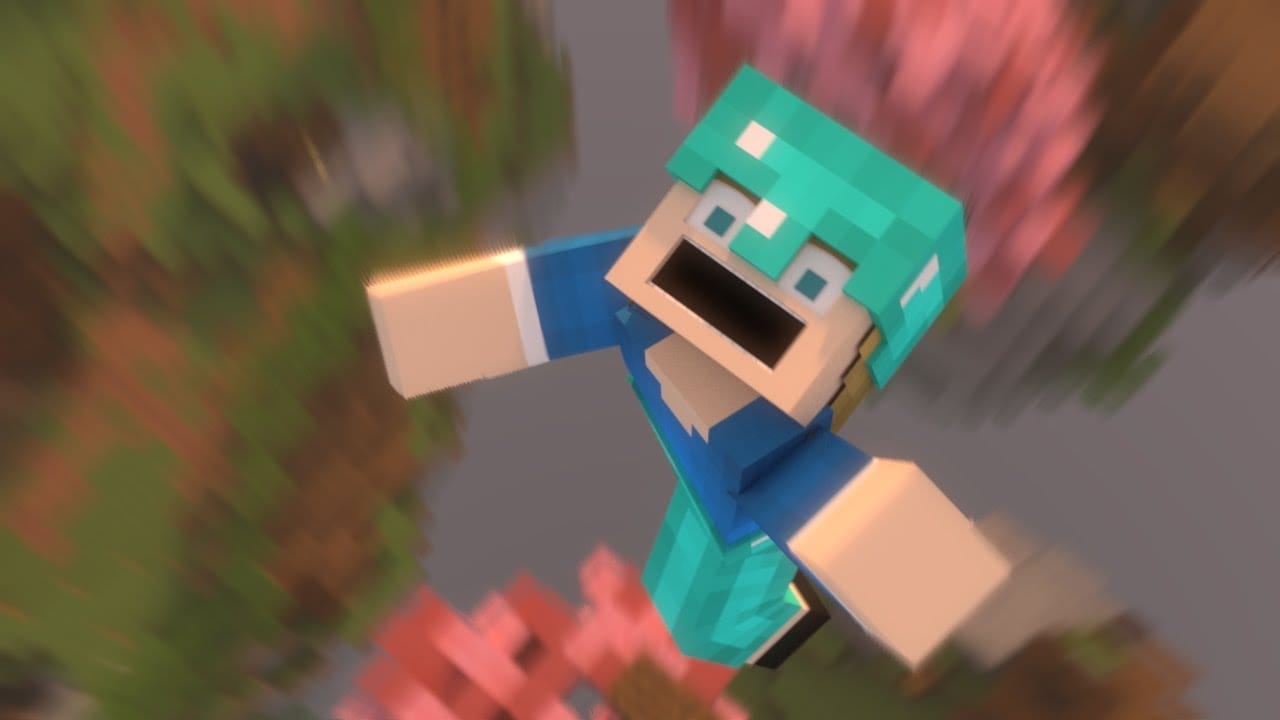 Minecraft is a sandbox videogame released completely in 2011 by the Mojang studios. The game takes place in a generated 3D world where players’ objective is to, well, mine and craft. Besides the creative mode, in which players have unlimited resources while playing, there is a survival mode as well. While much of the Minecraft world and much of its lore and mobs are rooted in fantasy, there are very real elements as well, such as your character taking damage when falling.

Falling from heights bigger than 3 blocks causes half of the hearth damage for every block. Some of the ways you can avoid receiving damage after falling are: entering or being in the water, falling in cobwebs, flying, using ladders or vines, using ender pearls, using transportation items, and more.

Although Minecraft has plenty of creatures that can deal way more damage than falling, it could be useful to know a few ways to avoid it. If you would like to know how to avoid taking damage keep reading.

While playing in survival mode players take damage for various reasons. When starting players have 10 full hearts as an entire health bar. When the health reaches zero hearts the player dies.

Recovering from damage occurs naturally after feeding or through status effects. Taking damage can be avoided by using certain blocks, armor, or various enchantments.

The players can receive damage from attacks inflicted by different mobs or from naturally occurring things such as falling, drowning, suffocation and starvation.

After receiving damage the player or any other mob will turn red until they recover. Most of the damage coming the player’s way during this time will not be taken away from his full health. This is referred to as an immunity period.

Receiving damage usually results in players and other mobs knockback. As a result of the knockback, the player will be slightly disoriented and lose control which can result in the player falling of the cliff or into the lava.

Knockback damage can be avoided while wearing a piece of netherite armor as it adds 10% knockback resistance per piece of armor.

How much damage does fall damage do in Minecraft?

Falling causes damage only if you are falling from a height bigger than 3 blocks. The only variable important for calculating how much damage the fall will cause is the height and unlike in the real world, velocity has nothing to do with it.

Each block after the third block causes half of the hearth of damage. According to this a fall from heights greater than 23 blocks would be fatal for a normal player.

However, for certain falls, including the 23 blocks, the last tick is not counted, causing a discrepancy which avoids an entire block being added to the calculation. You will die if you fall from heights of 24 blocks or higher.

Falling from smaller heights, up to 7 blocks creates a thud sound and greater heights make a cracking sound.

How to reduce fall damage while playing Minecraft survival?

There are many ways you can reduce fall damage or avoid it altogether. The solutions can be categorized into a few different groups: blocks and materials you can lend on, items that negate fall damage, and potions and enchantments that enhance your resistance to damage. Some of them can be used all the time and others require preparation beforehand.

One way is using various blocks which will enable you to take no damage, for example, water. If you find yourself falling and your landing point is somewhere in the water.

If you happen to be in a place where you can not land in a body of water, you can use a water bucket right before you hit the ground and take no damage.

The same will work with a lava bucket or a body of lava. You will not take any fall damage but it is tricky because lava deals damage as well.

There are also blocks that will not cancel out the fall damage but will reduce it, like hey blocks and slime blocks.

If you fall directly onto a slime block you will bounce off of it and not take any damage. However, you can not be crouching otherwise the bouncing effect will be canceled out by it and you will take damage. Slime blocks can be crafted from 9 slimeballs.

The hey blocks do not block fall damage, but if you fall directly onto it you will only receive a quarter of the damage you originally would.

A honey block, although unusual, can slow down the player’s fall and decrease fall damage by up to 20%. Honey blocks can be crafted from honey bottles that can be obtained near a beehive.

If you are falling near a block that has a ladder on it you can grab onto it and avoid damage and sam will work for vines.

Even if there is neither ladder nor a vine near you, if you are quick enough you can place them on a side of a block close enough to you.

If none of these can be used, you can jump onto the cobwebs. Cobwebs will take away your fall damage but they are not very practical if you are getting chased by something because it slows you down a bit. Cobwebs can be collected after they are broken by a sword enchanted with Silk Touch.

The same thing can be achieved with Sweet berries, but they are much easier to collect. However, they can only be placed on a grass block, dirt, podzol, coarse dirt. Berry bushes are generated in all taiga vegetation.

You can also avoid getting fall damage by using different means of transportation. If you fall while being inside a boat you will not get any fall damage. Boats are crafted by using Overworld Planks combined with a wooden shovel.

Minecart can also take away fall damage if you repeatedly get inside and out of it. Minecart can be crafted from Iron Ingot.

Falling onto a scaffolding block will enable you to descend from greater heights without taking damage. Scaffolding can be created using bamboo sticks and string.

Riding some animals can negate fall damage as the general rule is that an entity riding another entity does not take damage unless the ridden animal takes the damage itself.

If you can’t use any of these items ender pearls can take negate fall damage if you throw them before you land but you will take some damage due to teleportation properties. Ender pearls can be obtained after killing Endermen, who drop up to 4 ender pearls, depending on the Looting level.

The slow falling effect causes you to fall at a much slower rate and because of the gradual descend not take any fall damage.

The armor itself doesn’t help you reduce fall damage unless the armor is enchanted with protection, which reduces any damage taken while wearing the armor.

You can also take the Jump Boost, which allows the player to jump 50% more with each level and reduces fall damage by half a hearth every level.

Elytra, a rare element found only in end ships, is the only way players in survival mode can fly and thus avoid fall damage, as you can not technically fall.

If you can not access any of this and still need something to help you jump from a great height you can use a  totem of undying. While it does not have any impact on the fall damage it will ensure that the player doesn’t die in case the fall turns out to be fatal. They are always dropped by the Evokers upon their death.

To avoid falling altogether just hold sneak while moving through locations in which there is a chance of falling off the edges.

Minecraft is like the real world in many aspects, so following up on this topic there is only one logical question that comes to mind: can you bounce on the bed just like in real life?

While the answer is yes, turns out the bed is also quite helpful for avoiding fall damage.

Firstly, the player sleeping in the bed while falling will delay any damage until they wake up, and landing on the bed will decrease fall damage for 50% and bounce the player up.