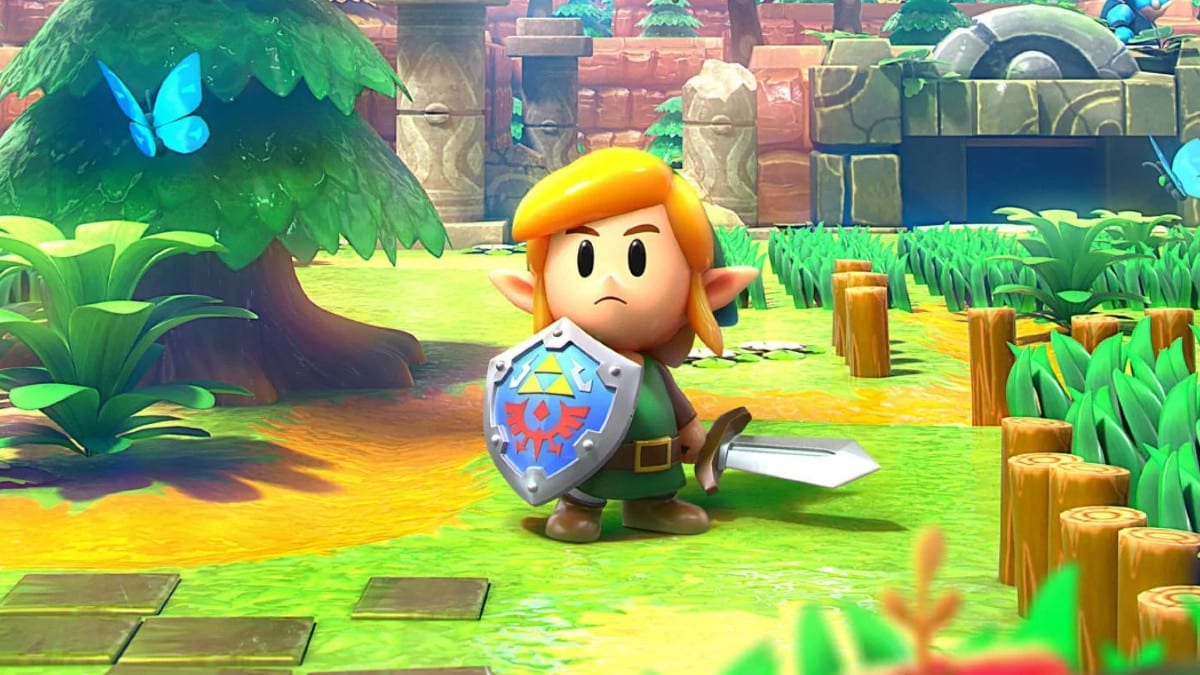 The beloved Link has been a fan favorite since the beginning of The Legend of Zelda series, with a loveable personality, intriguing backstory, and an array of cool abilities. Link is reincarnated throughout the storyline, with the soul of the hero being embodied in each title. This has led to much debate with regard to his age progression throughout the story.

How old is Link?

So, just how old is Link in each of the storyline’s parts? We will be diving into the progression of The Legend of Zelda, listing each title in chronological order. There have been significant plot holes, and a plethora of conflicting information surrounding the timeline. Fans now have a slightly clearer picture of the order of events and progression of each character after the release of the Hyrule Historia official timeline of Zelda and Link’s adventures, which you can check out through our link on Amazon.

How old is Link in Skyward Sword?

In Skyward Sword, Link is 17 and a half years old, and hails from Skyloft, a flying town. His adventure begins when Zelda is mysteriously sent to the surface world by unseen forces. The events of this title ultimately create the foundations for the plot that would unfold as The Legend of Zelda’s timeline progresses.

How old is Link in The Minish Cap?

This is the first timeline that takes place in Hyrule, and gave the most detail surrounding Link’s mythical origins before Skyward Sword was released. Link is approximately 12-13 years old in this title.

How old is Link in The Four Swords?

The events of The Four Swords takes place after those of The Minish Cape. This would dictate that Link was approximately 12-13 years old in The Four Swords.

How old is Link in Ocarina of Time?

It is after this point that the overall storyline branches out into three separate timelines – the ‘Child’ timeline, the ‘Adult’ timeline, and the ‘Downfall’ or Fallen Hero timeline.

This timeline follows on from the end scene of Ocarina of Time, where Link defeats Ganondorf, after which he escapes.

How old is Link in The Wind Waker?

There has been some speculation with regard to Links age in this title. Despite his age being depicted as 9 years old in the Iwata Asks interview, there are plenty of sources that state otherwise. According to The Legend of Zelda: The Wind Waker – The Official Nintendo Player’s Guide, Zelda Box, the Toon Link Trophy and The Legend of Zelda Encyclopaedia, Link is in fact 12 years old in this installment.

How old is Link in Phantom Hourglass?

How old is Link in Spirit Tracks?

Link is sent back in time, before Ganondorf had entered the sacred realm and claimed the Triforce, in order to prevent him from attaining it.

How old is Link in Majora’s Mask & The Child Timeline?

Majora’s Mask takes place a few months after the child section of Ocarina of Time, which would make him around 9-10 years old.

How old is Link in Twilight Princess?

Eiji Aonuma stated that Link was 16 years old in Twilight Princess. But, according to The Legend of Zelda: Twilight Princess – PRIMA Official game Guide, and Enterplay’s Link Trading Card, he was depicted as 17 years old.

How old is Link in Four Swords Adventures?

There has been much speculation regarding Link’s age in this title. But, since these events take place after Twilight Princess, it can be said that Link was around 17 years old in Four Swords Adventures.

This timeline is a continuity in which Link is overpowered, which results in Ganondorf obtaining the Triforce. Princess Zelda and the people of Hyrule manage to seal him and the Triforce away in the sacred realm.

How old is Link in A Link to the Past?

This leads to the events of A Link to the Past. Using the visual changes in his appearance as a guide, Link is said to be in his mid-teens during this installment. Since Link was approximately the same age as Zelda, he was around 16 or 17 years old.

How old is Link in A Link Between Worlds?

How old is Link in Tri Force Heroes?

This occurs several years after A Link Between Worlds. Within this installment, there are multiple Links which each hold unique abilities. Although this is quite vague, fans have assumed that since Link was at least 17 years old in A Link to the Past, this would make Link in Triforce heroes upwards of 20 years old.

How old is Link in Oracle of Seasons & Oracle of Ages?

This occurred a few months to one year after A Link to the Past, which would make Link around 17 years old, potentially nearing 18 years old.

How old is Link in Link’s Awakening?

This installment was a direct sequel to A Link to the Past, which indicates that Link would be around 16-17 years old at this time.

During an Iwata Asks for Ocarina of Time 3D, Shigeru Miyamoto stated that Link is around 12 in The Legend of Zelda. However, according to Hyrule Historia, The Official Nintendo Player’s Guide, it was stated that Link was 10 years old.

How old is Link in The Adventure of Link?

In The Adventure of Link, Link was 16 years old. This was stated by Hyrule Historia as well as by Shigeru Miyamoto.

How old is Link in Breath of the Wild?

In Breath of the Wild, Link is said to have been over 100 years old as a result of the Slumber of Restoration. In this installment, Link is said to be around the same age as Zelda, and since Zelda had turned 17 years old a full century prior to these events, this would in turn make Link at least 117 years old in this title. Breath of the Wild makes several references to various past incarnations of Link by means of items, clothing and abilities attained in previous titles.

There are plenty of continuity gaps and plot holes that have resulted in continuous speculation by fans, and it is possible that the official timeline is subject to change in the future. With conflicting information from canon sources, elements like time travel, and theories stemming from alternate timelines to expanding universes, there is still much debate with regard to pinpointing the exact ages of each character throughout The Legend of Zelda.