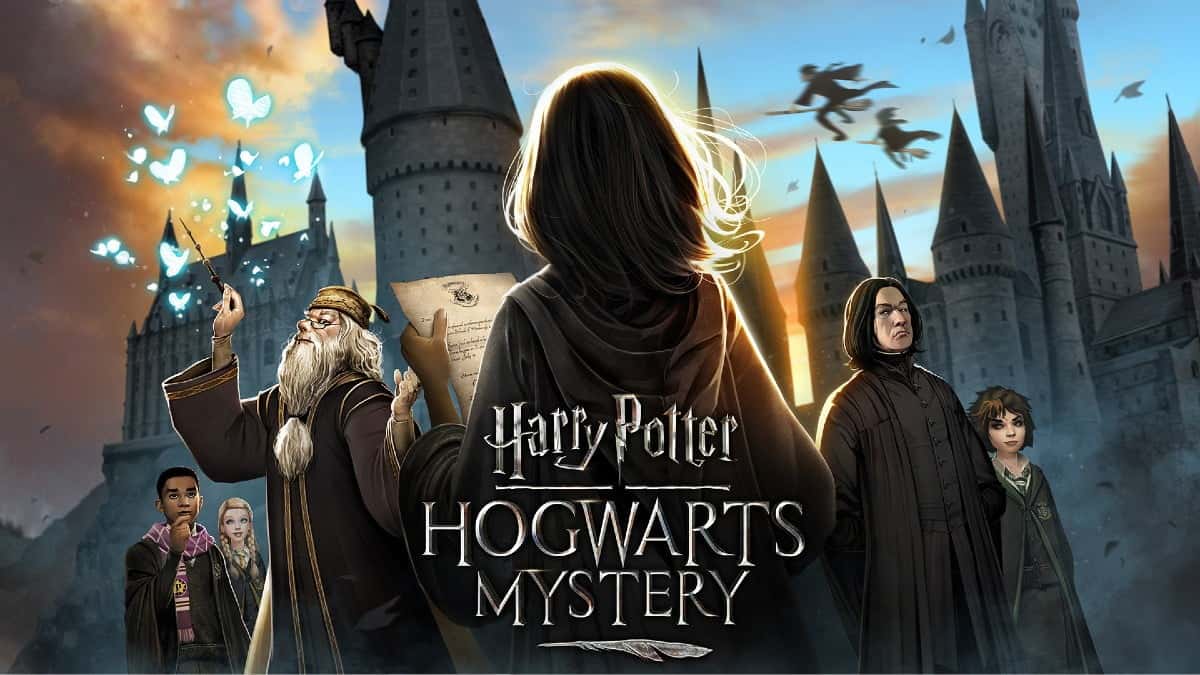 The topic of today’s article is the mobile game Harry Potter: Hogwarts Mystery, or to be more precise – its canon status within the larger Harry Potter universe.

Despite all the contradictions and no official confirmation, Hogwarts Mystery can be considered canon and it probably is, because it is a product licensed by Rowling herself.

What is Harry Potter: Hogwarts Mystery?

Harry Potter: Hogwarts Mystery is a mobile-based video game connected to the larger Harry Potter media franchise. It is a role-playing video game first released on April 25, 2018 and available for both iOS and Android systems. The game was developed and published by Jam City and only has a single-player mode.

The game was announced and published some time before the virtual reality game, Harry Potter: Wizards Unite, and since it came out at the same time as the announcement for that game, it initially caused a lot of confusion amongst the fans. But Hogwarts Mystery is a completely different game, a classical mobile RPG, as compared to the virtual reality experience offered by Wizards Unite, developed in a similar style to Niantic’s other famous game, Pokémon GO.

How is it played and when is it set?

The game is played like most RPG’s. The player chooses and customises his own character, a student at Hogwarts, with whom he experiences the benefits and downsides of life in Britain’s chief wizarding school. The player gets to explore the castle, attend classes, learn spells, communicate with other characters, form friendships, play games (the eagerly-awaited Quidditch feature was added in 2019) and encounter some famous characters from the franchise like Albus Dumbledore, Severus Snape, Minerva McGonagall, Rubeus Hagrid and others. The game isn’t as interactive as Wizards Unite, but it still offers enough to be given a try.

The game is set between Harry’s birth and his enrolment in Hogwarts, which is a 11-year period during which the players grow with their character, who goes through the educational process in Hogwarts.

Defining the Harry Potter canon is not so difficult. It is a collection of material set within the Wizarding World created by J.K. Rowling. The material inside the canon is considered to be official and, whether it stems from books, movies or video games, part of the main narrative continuity set out in the seven-book series. While there are different ways of classifying the canon, we think that the classification used by the Harry Potter Wikia, the best online source for all information related to the Harry Potter franchise, is the best, which is why we are going to present it here (all rights are courtesy of the Harry Potter Wikia editors):

So, after seeing how the cannon is divided, where would Hogwarts Mystery fit in? Since it’s not a video game written by Rowling or a direct adaptation, we can deduce that the video game falls into the Tier Three category of licensed, derivative works. What does that mean for the game’s actual canon status?

You’ll find a lot of explanations and elaborations around the web that Hogwarts Mystery is far from canon and that it has little to no connection to the relevant canon material. Some of them are quite well-elaborated (even we agree that most of Hogwarts Mystery is a very loose adaptation whose canon status is, at least, very doubtful) and have stronger arguments than your usual explanation of the game’s canonicity, they still remain only theories.

Namely, all material – both published and licensed – by Rowling herself is considered canon, as the editors thought that Rowling would not consciously contradict herself (yeah, like she never did that before… *khm*… Dumbledore…*khm*) and her works. So yeah, based on this logic – the game is definitely canon.

Probably the biggest confusion surrounding the game are its own contradictions that completely undermine the whole Tier One canon regarding certain details. For example, the game introduces a broom that would not appear for another 10 years in the Wizarding World, which is a serious continuity error. This is just a notable example, but there are many more. A possible mitigating circumstance for the developers is that both Rowling personally contradicted herself and thus changed some well-established facts.

Be it as it may, Hogwarts Mystery is canon. You might not like it (we know we don’t), you might consider it blasphemous and unnecessary, but it does have its charms and there is little to nothing what we could actually do, beside accepting the facts and enjoy the rest of the “show”.