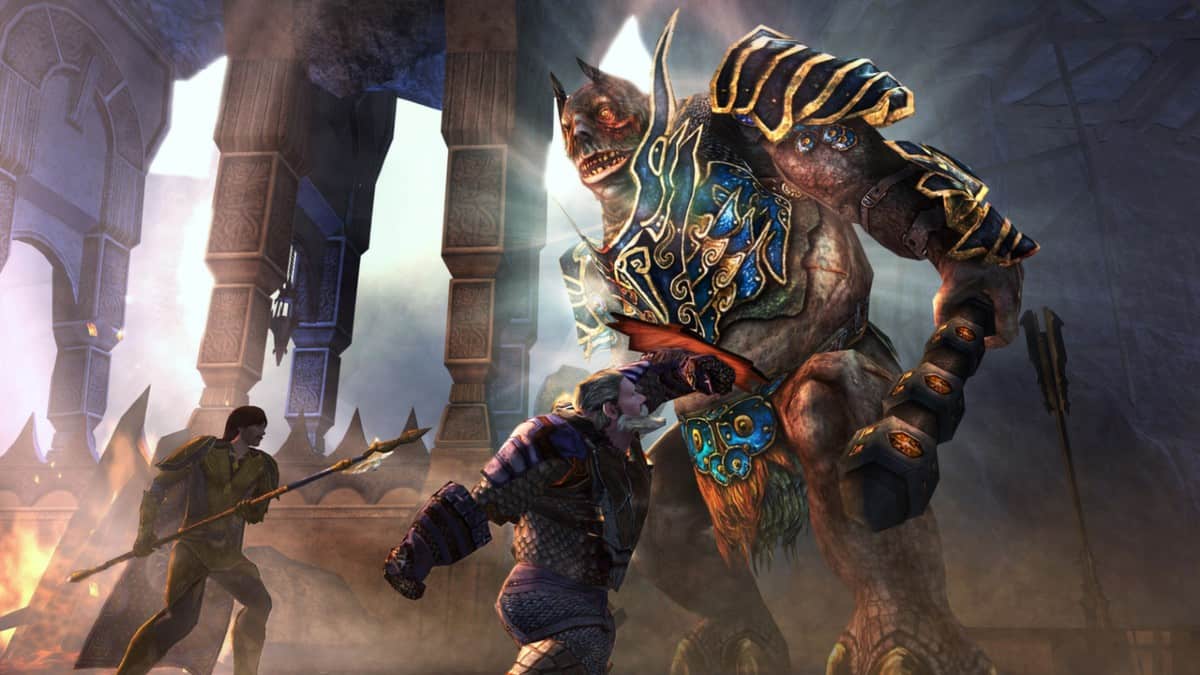 If you are thinking of starting Lord of the Rings Online, you may be wondering is that MMORPG game completely free to play, and we will give you an answer to that question, as well as explain other options you have.

Lord Of The Rings Online is completely free to play MMORPG game if you have time to invest in it. Otherwise, you can pay to have quicker progress through the game.

What is The Lord of the Rings Online

Developed by Turbine, Inc., the game launched in North America, Australia, Japan, and Europe in April 2007 as The Lord of the Rings Online: Shadows of Angmar. Players could create characters of four races and seven classes and adventure throughout the region of Eriador. In November 2008, Mines of Moria expansion was released, adding the region of Moria and two new playable classes. It was followed by the Siege of Mirkwood in December 2009. In 2010 the game underwent a shift from its original subscription-based payment model to being free-to-play, with a paid subscription and an in-game store.

The game saw continued development, alternating between paid expansions and free updates, which added new content in the regions of Isengard, Rohan, and Gondor. In late 2016 it was announced that the publishing of the game would transfer from Warner Bros. Interactive Entertainment to Daybreak Game Company, with development being taken over by Standing Stone Games, made up of former Turbine staff.

The game development continued and in 2017 the Mordor expansion was released, bringing the main storyline to a close. The story then shifted to showing how various inhabitants of the Middle-earth deal with the downfall of Sauron, with Minas Morgul expansion released in 2019 and a Gundabad-themed expansion announced for 2021.

How much does Lord of the Rings Online cost?

In North America, players who pre-ordered the game were offered a special founder’s offer, a lifetime subscription for $199, or a reduced cost of $9.99 per month. The standard monthly fee was $14.99 with three, six, twelve-month, and lifetime discounts available. European players had a similar program from Codemasters. A holiday subscription was available in December 2007 and January 2008 for $9.99/month for a 3-month commitment. A special edition, which cost $10 more than the regular edition, included a full-color manual, an item called “Glass of Aglaral,” a cloak of regeneration, which is visually different from the one in the regular edition, a “Making of” DVD, soundtrack, and a 10-day buddy key. The one-year anniversary edition included a $9.99/month subscription or a $199.99 Lifetime subscription, which was again offered during the lead-up to the release of Mines of Moria. However, the lifetime subscription option is no longer available and is unlikely to return.

On June 4, 2010, it was announced the game was to add a free-to-play option in the autumn, with an in-game store. Free-to-play was successfully launched in North America on September 10, 2010. After a delay in Europe, free-to-play went live on November 2, 2010. During the following six months the company reported tripled revenues from the title. On April 26, 2011, it was announced that Codemasters would relinquish control of the European service back to Turbine, and on June 1, the servers were transferred. After a transition period of a few days, they reopened under a unified Lord of the Rings Online global service. Finally, on June 6, 2012, The Lord of the Rings Online was made available for download on Steam. On November 1, 2012, a beta of the OS X version was released and a 64-bit client was added in June 2019.

Is Lord of the Rings Online free to play worth it?

Unfortunately, it is not worth it. But you can try to play it for free, and if you like it invest some money in it’s paid options.

F2P gets you 4 free areas, Ered Luin, the Shire, Bree-Land, and the Lone-Lands. If you do all the free content there, you can get to level 35. The Epic Questline is free through most of the game, but it will not get you enough XP to keep up with it.

So you have to find some way to get new content. You can grind out Lotro Points on multiple alts, but that will take a long time. So much time, you are better off working a part-time job for a day or two to be able to buy all the content.

Is Lord of the Rings Online pay to win?

It can be, but it doesn’t have to be. You can only spend on the buying game expansions/new zones and the occasional stack of mithril coins that can be used to unlock fast travel routes without having to make your way to the stable master the slow way.

On the other hand, you can spend tons of money on tons of shortcuts if you’re trying to race to the endgame, but since the value of this game is in the journey I don’t see that as winning. That would be more like “pay to lose”, then pay to win.

Conclusion – Is Lord Of The Rings Online Completly Free To Play

As we said above, Lord of the Rings online can be completely free, but it will take a much longer time to get to the endgame.

If you want, you can spend a lot of money on shortcuts, as well as cosmetic purchases.

That said, you really don’t need to spend a lot of money to enjoy playing this great game. We have a great guide about Lord of the Rings Online: Best Class and Best Solo Class, that can very much help you in your journey through Middle-earth.

If you want, you can start playing Lord of the Rings Online immediately here.