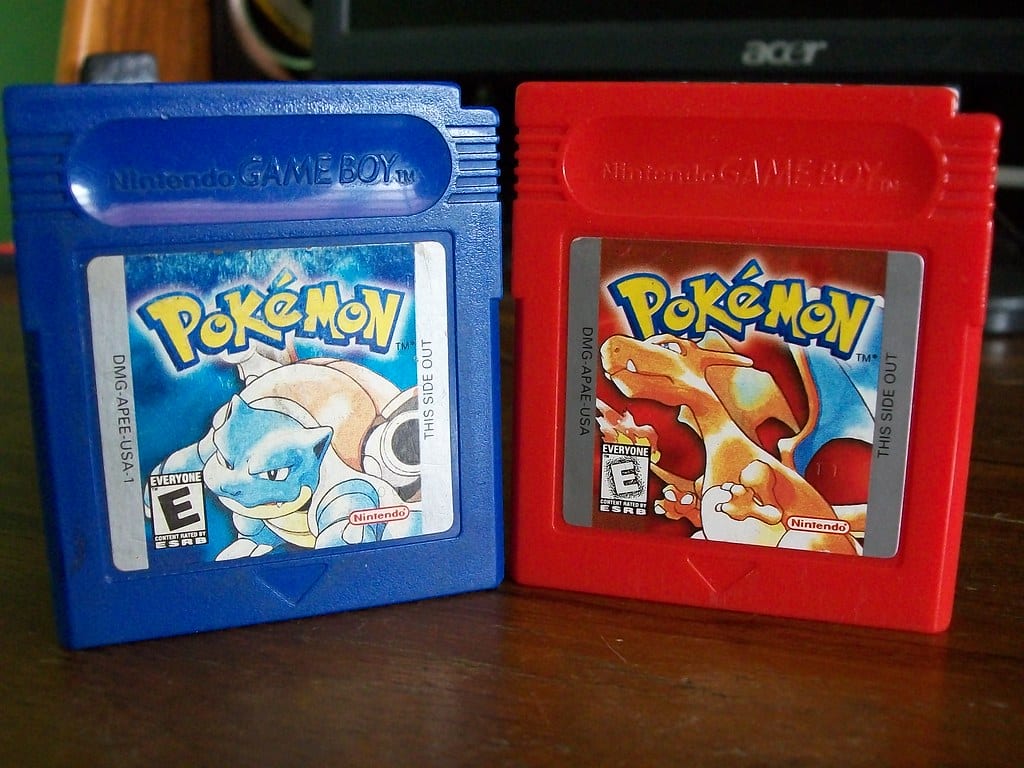 Pokémon games are one of the most popular games in the history of video games. Ever since the first iterations of the games came out in 1996, the games have garnered a loyal following around the globe and have evolved into a lucrative franchise that expanded the main games and crated a whole “kingdom” of video games for different consoles. But, despite the diversity, Pokémon games have one thing in common – when they come out, they always come in pairs! Why is that? Well, we were wondering the same thing!

In the beginning, Pokémon games were released in pairs to stimulate children to find friends to play with, battle and trade Pokémon. Nowadays, it’s mostly a question of tradition.

The whole world of Pokémon started off with a simple 8-bit pair of video games released in Japan in 1996. These games were Pokémon Red & Green, the first two Pokémon games in history. The basic premise followed you – the player – as a young boy that travels around world inhabited by Pokémon, catching them and training them to become the best Pokémon trainer in the world – i.e., a Pokémon Master. Along the way, you had to fight trainers and win eight Gym badges, before taking on the Elite Four and becoming the best. This simple premise became a cornerstone of for the Pokémon franchise, as it proved to be a popular and beloved formula.

The games were popular in Japan, but Nintendo was afraid that the Western children wouldn’t like it, so it invested millions into marketing and a good adaptation of the game for the English-speaking market. Thus, a new, better version of the game was created, Pokémon Blue, which also became the official global version, alongside Pokémon Red; Pokémon Green thus remained a Japanese game, although hacked translations were available online after some time.

Soon after becoming a hit, the games evolved, becoming parts of generations that coincided with the new generations of Pokémon released by the company. Each generation would usually being at least two new games, along with several spin-offs. Remakes of earlier games – adapted for the next-gen technology – were also released as the years passed. The franchise started on the Game Boy console, but expanded to other consoles, like the Nintento 64 and its successors, but also mobile phones.

The above shown overview includes just the main series games, without the numerous spin-off that came out during the years; such a list would be too large to include in just one image.

This is just a brief history of the Pokémon video games. A full-fledged history would take up too much space, so we might deal with it in a separate article; this was written so you know what to look out for and how the whole franchise actually functions. The most important thing is that the games remain popular even after more than 20 years and that we’re probably going to see several more generations of Pokémon in due time.

Why do they come in pairs?

If you’ve ever played a Pokémon game, you’ll probably know that the main games always come in pairs. It has been like that since Red & Green (Red & Blue in the global market) and the tradition was respected recently when Sword & Shield came out simultaneously. Have you ever wondered why that was? Well, if you have – we have the answer for you!

When the Pokémon games first came out, their main intention was to connect children, make them go out on an adventure and search for other trainers, i.e., children with games. The developers wanted to stimulate children to search each other out to trade Pokémon and battle against each other. This is why they created two versions of the same game, with each of them having some version-exclusive Pokémon not present in the other game.

For example, it’s 1998 and you bought a copy of Pokémon Red, not knowing what Pokémon it contains. You play the game and desperately want a Magmar, your favourite Pokémon, but it’s nowhere to be seen. You tell that to a friend, who has a copy of Pokémon Blue, who tells you that he went to the Pokémon Mansion and easily caught a Magmar. Then you realize that Magmar is a version-exclusive Pokémon and that you cannot get him unless you buy a copy of Pokémon Blue, or – trade with your friend. You offer your friend your Electabuzz – a Pokémon Red exclusive Pokémon – and you make a trade. And that’s how you played it and why they developed two versions – to stimulate interplay between children, which is a really noble cause.

With the development of wireless technologies and online play, this idea was made slightly obsolete, but the developers kept the tradition of releasing the main series games in pairs, which is a great thing if you ask us and a nice nod to the origins of the whole franchise. If you think it’s just a marketing trick to make you spend more money on both games – just remember that you were never supposed to buy both versions, just one and then go find a friend to play the game with!

The issue of the “third version”

Alongside the main series pairs, some generations also got a “third version”, which is called an upper version. These games are usually released a year or two after the original games and are actually upgraded versions of the original games, with some additions. It’s what you might compare to an expansion or a DLC.

There have been five such games so far – Yellow (Gen I), Crystal (Gen II), Emerald (Gen III), Platinum (Gen IV) and Ultra Sun/Moon (Gen VII) – and each of them brought something new to the original story, most notably a new legendary Pokémon (e.g. Suicune, Rayquaza, Giratina), or a new game mechanic (e.g. a Pikachu following the player around).

And this is it for today. You now know why Pokémon games always come in pairs and that the reasons behind such a decision are; we hope we’ve been helpful. See you next time, and don’t forget to follow us!