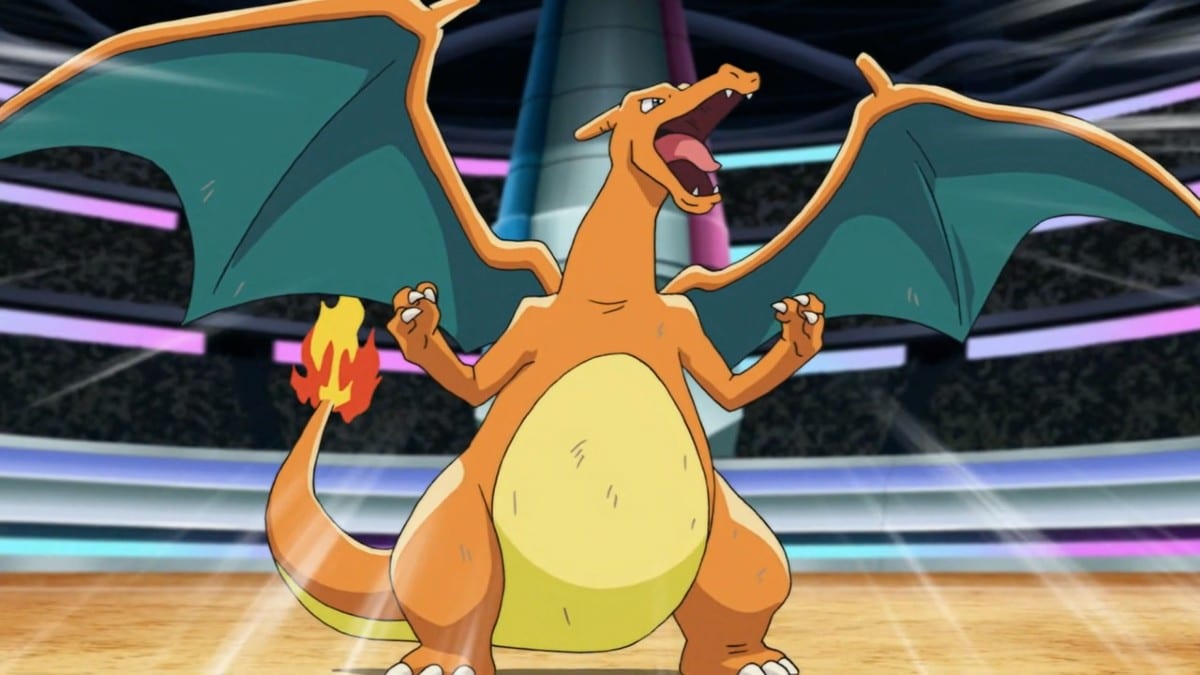 When you look at the Pokémon Charizard, the first thing you’ll notice is that he looks like a big dragon. If you add to that the fact that he can learn and use Dragon-type moves, you’ll probably think to yourselves – he must be a dual Fire/Dragon-type Pokémon, right? Well… he isn’t, actually. Charizard is a dual Fire/Flying-type Pokémon and that is one of the strangest facts in the Pokémon franchise. In today’s article, we are going to explain to you why that is.

Although he looks like a dragon, Charizard is actually not a Dragon-type Pokémon. One of his Mega Evolutions, Mega Charizard X, is a dual Fire/Dragon-type Pokémon, but the main Pokémon is not one. The Pokémon can only be obtained once in the game, by selecting Charmander as your starter Pokémon and evolving it to its highest level. Charizard is a very powerful Pokémon and is one of the strongest Fire-type Pokémon in the whole series. If you add his Mega Evolutions and his Gigantamax Form, he is stronger than most Legendary Fire-type Pokémon, which is pretty impressive. In the original Japanese games and anime, he is called Lizardon (Japanese: リザードン).

With his additional forms being:

Like most final evolutions of Starter Pokémon, Charizard is very strong and can be a good pick for a starting Pokémon in the video games. He has the ability to learn Fire-, Flying- and Dragon-based moves, along with a lot of other types of moves via TM’s and HM’s. His base stat total is very high for a Pokémon that doesn’t belong to any special group, with the numbers additionally increasing through Mega Evolution. Let us see the numbers for Charizard and his Mega Evolutions:

Now that you know everything there is to know about Charizard in general, let us see why this dragon is actually not a Dragon-type.

The first and more notable of the two theories is the meta-game theory which states that Charizard is not a Dragon-type Pokémon for balance reasons.

So, in order to balance things out, Charizard had to remain a Fire-type Pokémon and couldn’t be a Dragon-type, despite looking like one. The addition of being a dual Flying/Fire-type doesn’t change much in that balance.

Dragon-type Pokémon are extremely powerful and have a much higher Defence than regular Starter Pokémon types. So, making Charizard a Dragon-type Pokémon would ultimately make him overpowered when compared to Venusaur and Blastoise, and that was not possible. The developers wanted the Starter Pokémon to be equal in terms of power, meaning that you wouldn’t actually have the option of picking the strongest one, since they are completely balanced out. Had they made Charizard a Dragon-type Pokémon, he would be more powerful than his peers in all aspects, meaning that Charmander would’ve been the best pick and that just wasn’t possible.

Let us see how the defensive chart would look for Charizard had he been a Dragon-type:

As you can see, the weakness/resistance chart changes significantly, with a Dragon-type Charizard also losing his base weakness to Water-type moves, which means that a Dragon-type Charizard would still keep his dominance over Venusaur, but would lose his weakness over Blastoise, which would make him more powerful than both of them and that wouldn’t be good balance-wise.

The second theory which explains why Charizard is not a Dragon-type Pokémon is the in-universe theory, which uses the anime and the in-game biology to explain this fact. This theory has nothing to do with the meta-game theory related to in-game stats.

There is also an in-universe biological explanation that states that Charizard’s Dragon-type genes are just dormant until he reaches his Mega Evolution (Mega Charizard X), which is the case with some other Pokémon, like Sceptile.

There you have it. These are the reasons why Charizard is not a Dragon-type Pokémon, although he does look like a dragon.