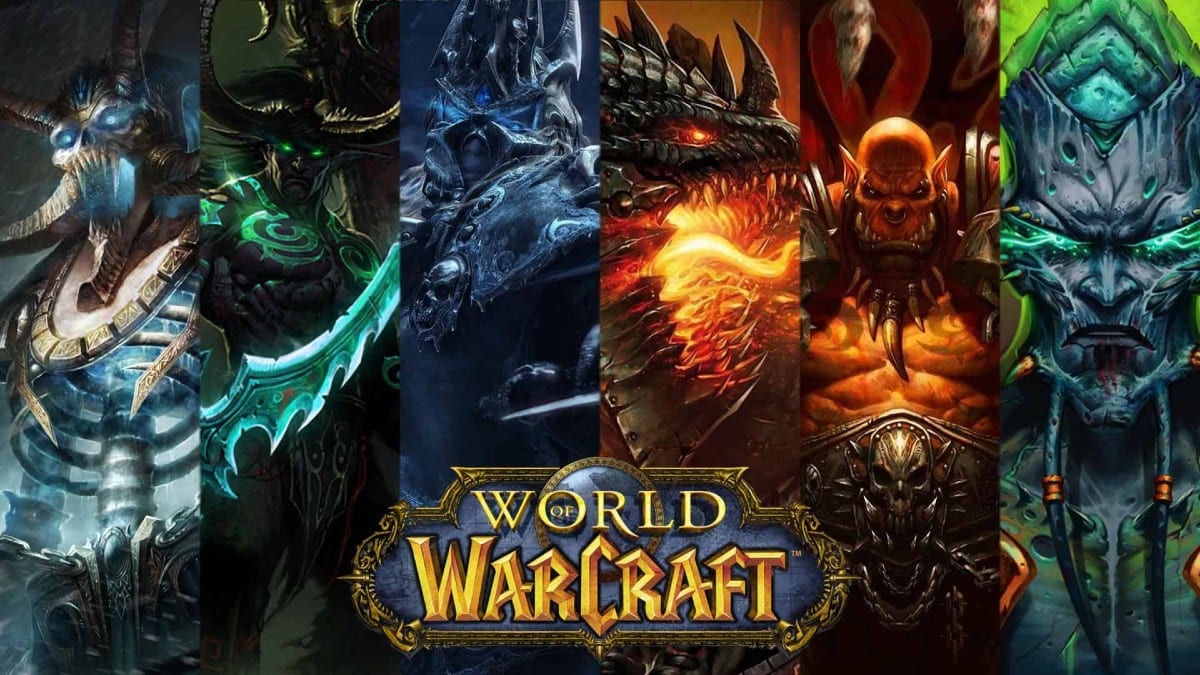 World of Warcraft is probably the most popular and famous game in history, but after all these years, why it’s popularity haven’t faded?

The reason why World of Warcraft is still so popular is that its world is enormous, varied, and a joy to explore, the game is designed to be as addictive as possible, it has many different ways to play, still a huge fanbase, and is always evolving.

“WoW” has made a real cultural impact since its launch in 2004, inspiring many different games, as well as Hollywood, that has even made a movie adaptation (in our opinion great, but unfortunately, not so financially successful).

And in this article, we will tell you why World of Warcraft is still so popular after all these years.

World of Warcraft the Beginnings

World of Warcraft (WoW) is a massively multiplayer online role-playing game (MMORPG) released in 2004 by Blizzard Entertainment. It is the fourth released game set in the Warcraft fantasy universe.

It takes place within the Warcraft world of Azeroth, approximately four years after the events at the conclusion of Blizzard’s previous Warcraft release, Warcraft III: The Frozen Throne.

The game was announced in 2001 and was released for the 10th anniversary of the Warcraft franchise on November 23, 2004.

Since launch, World of Warcraft has had eight major expansion packs produced for it: The Burning Crusade, Wrath of the Lich King, Cataclysm, Mists of Pandaria, Warlords of Draenor, Legion, Battle for Azeroth, and Shadowlands.

World of Warcraft was the world’s most popular MMORPG by a player count of nearly 10 million in 2009. The game had a total of over a hundred million registered accounts by 2014. By 2017, the game had grossed over $9.23 billion in revenue, making it one of the highest-grossing video game franchises of all time. At BlizzCon 2017, a vanilla version of the game titled World of Warcraft Classic was announced, which planned to provide a way to experience the base game before any of its expansions launched. It was released in August 2019.

From all this you can see how big this game was, but what makes it still so popular? Let’s find out.

World of Warcraft is extreamly accessible even to new players

WoW has been here for a very long time, and right from its beginnings, it was very accessible to players. That was something that other MMORPG games in those times didn’t have.

They had a good explaining system of its lore, gameplay, powers, fighting system, and everything else. That was something that pulled the players in right from the beginning.

But, what about now, years later and with a huge number of new expansions?

Well, the guys from Blizzard know what they are doing. With the latest expansion, Shadowlands, they are enabling the tutorial phase for completely new players. With it, they are doing almost the same thing players had when they started playing the game in 2004.

Not only that, but they have released in 2019 long sought after ‘Vanilla’ version of the game, called WoW Classic. That way it gets old players back to the game some of them liked the most, while also in a free way gets to the new players, which will when pulled in the World of Warcraft, eventually became subscribers to the main game.

From its beginnings, World of Warcraft has shown it’s players it means business. Right from the start, there where two huge continents for players to play and enjoy their adventures.

But, people from Blizzard did not stop there. They had the right vision in mind, resources, and willingness to do more.

With its many expansions, WoW has every time released a new continent for players to explore and enjoy, as well as a huge amount of new content, in terms of new quests, bosses, equipment, characters, upgrades, skills, and many, many more fun things.

In this way, not only did they put out new regions for exploring but they also gave their subscribers enough accompanying material to enjoy until the next expansion.

Right here you can see the great vision and wisdom from Blizzard. They are constantly hooking players to stay with the game, and just when they see players are starting to leave, they have the new expansion for them and the reason to stay.

World of Warcraft took some of the best things from all parts of the fantasy world and put it inside its game. We have zombies, mages, spaceships, orcs, noble knights, almost everything you can think of.

All these things make this game special, but that is not the only reason WoW is still so popular.

World of Warcraft is extremely addictive

As you probably know, WoW is a monthly subscription game, which means you want to get whatever you can for your bucks.

That subscription is what makes this game so addictive. You want to gain the maximum you can from the money you paid for, so every new quest, every new weapon, every new level calls for you, and it is not easy to resist that call.

That isn’t something bad, because if you have time, and if you love the game, why wouldn’t you play it? I mean, you did pay for it, didn’t you, so who cares if it is 5 in the morning, and you have to be in school or on your job in a few hours? In this world you are a teacher, not the student 🙂

There are so many things to do in the World of Warcraft, that you could just harvest material for days, and not do anything else. Or you could try to get that set you always wanted (it will probably take more than a few days). Smashing your competition in PvP isn’t sounding bad as well.

There are so many things you can do in WoW that we would need a whole article just about it (maybe we will even write it). That’s also one of the big things why World of Warcraft is so addictive.

I mean, today you have gone doing quests, and solving adventures, while tomorrow you will go with the guys in some raids, or dungeons, and the next day you will maybe rest with some book in your hands reading WoW lore.

There is just so much to do that you don’t ever have to get bored with the game.

World of Warcraft has a huge fanbase

Every time you get inside the game, there are thousands of players all around you. It is almost impossible to get somewhere, especially towns, and not see other folks all around you.

People play this game for years, and they always come back, for sentimental reasons, or because of the new expansions. They have invested a lot of time and money, so they often return to what they know best.

On the other hand, game is still extremely popular, which means it gets new blood (players) all the time. Then those players are calling their friends, talking about it on social networks, and so on, so more people are flooding in.

It has to be said that Blizzard is great at listening to their fanbase. World of Warcraft has gone a very long way from its roots, with every expansion doing something new for its players, in terms of content, but also in terms of fixing and changing things their subscribers didn’t like.

They try to fix big and small problems if they see a sufficient number of people are asking for it.

There where so many things changing through World of Warcraft expansions, and almost all of them where Blizzard’s reactions to the problems or suggestions from their players. Of course, they don’t solve those things on an individual level, but they follow what many people complain on and do everything to please their subscribers.

And then we have World of Warcraft Classic.

World of Warcraft Classic is a server option for the MMORPG World of Warcraft. It runs alongside the main version of the game, Classic recreates the game in the state it was in before the release of the first expansion, The Burning Crusade. It was announced at BlizzCon 2017 and was released globally and simultaneously at 3 pm PDT on August 26, 2019.

This is one more thing Blizzard has done while listening to its players, old and new. But, it has to be said, people are asking for this almost from the first day of the first expansion, that was in late 2007.

We needed to wait for it 12 and a half years, but at least they did that as well. This way they pull back old players that love the nostalgic of the vanilla game, and also bring new players who are still not sure if they want to pay for the subscription.

looked at some data for the first two weeks of January and found around 357,000 players still playing WoW Classic on EU and US servers.

This sounds pretty impressive for a game that’s pretty old, and also not the main game, but only a small fracture of the whole World of Warcraft.

As you can see from our explanation above, there are many factors why is World of Warcraft (WoW) still so popular.

The game has enormous, varied, and a joyous world to explore, it is designed to be as addictive as possible, can be played in many different ways, still has a huge fanbase, and is always evolving.

All of this makes it one of the most popular games of all time.