One of the biggest stars that were in the spotlight a few months ago but have since been outside the public eye since then is Will Smith. Of course, the reason why the public has been scrutinizing him is the fact that he slapped Chris Rock in front of millions of viewers during the 2022 Academy Awards. Smith himself is known to be a big star and has a lot of roles that he could potentially lose because of his actions, and one role he could lose is Genie in Aladdin 2, which might go to a familiar name. So, will Disney replace Will Smith with Dwayne “The Rock” Johnson?

Disney is yet to confirm whether or not Dwayne Johnson is set to replace Will Smith in the upcoming Aladdin sequel. But we believe that it is only a matter of time until Smith is going to be replaced due to his actions. And the only other star that is big enough to replace him is The Rock himself.

We all know that replacing Will Smith is going to be a tough decision for Disney because he was the most notable name in the first live-action Aladdin film. In that regard, he brought star power to that movie. As such, Disney needs to replace him with someone who is just as prominent in the public eye. And that’s why Smith’s replacement could be Dwayne “The Rock” Johnson.

Table of Contents show
Is Disney Firing Will Smith?
Will Dwyane Johnson Replace Will Smith In Aladdin 2?

Is Disney Firing Will Smith?

One of the things that we all know is the fact that Will Smith hasn’t been a positive influence ever since he slapped Chris Rock in front of millions of people worldwide during the 94th Academy Awards on March 28, 2022. He has since been criticized for his violent action when he retaliated against a joke that was directed toward his wife. And while he did win Best Actor that night, his award was overshadowed by his action, which forced the Academy to suspend him for ten years.

That said, Will Smith has been away from the public eye since then so that he could avoid scrutiny and work on himself. Nevertheless, the public hasn’t been quite kind to him ever since that slap because of how it reflected his poor judgment. Of course, considering that Smith is one of the biggest stars in the world, his action was a bad influence on children out there, especially those who are fans of his live-action version of Genie in Aladdin.

Of course, Disney has had a long history of punishing misbehaving stars by removing them from their movies and shows almost immediately. We know for a fact that Disney was quick to part ways with Johnny Depp, the biggest star of the Pirates of the Caribbean franchise, which has allowed the company to earn billions. The reason for parting with Depp was connected to the entire feud with ex-wife Amber Heard, who accused him of assault during their marriage.

Take note that, even though Johnny Depp has had a lucrative history with Disney and that he was yet to be found guilty for the allegations against him, the mouse company was still quick to remove him from the franchise that might not have been successful had it not been for his portrayal of Captain Jack Sparrow.

RELATED: Will Disney Fire Will Smith? (& From How Many Movies)

Going back to Will Smith, we do know that he was one of the reasons why the live-action version of Aladdin was successful. As Disney banked on younger and fresher stars in Aladdin, Smith was the only megastar that could attract attention and audiences worldwide in that movie. In fact, the movie garnered over a billion dollars at the box office largely because of Smith’s influence.

So, even though Will Smith has helped Disney earn millions in Aladdin, how will Disney react to his actions at the Academy Awards? Does that mean that Disney will also fire Will Smith, just like what they did to Johnny Depp?

As of the moment, there are no updates regarding what Disney will do regarding Will Smith’s status with the company. It might be possible that Disney will wait a few more months or even a year before coming up with a decision regarding Smith’s fate as Genie in Aladdin. Of course, it is also a possibility that Disney will not replace him and will simply allow the issue to die a natural death.

That’s because, as bad as Smith’s actions were, it is hard to replace someone of his caliber as an actor and a bankable star. The fact that it is difficult to replace someone as big as him in terms of his star power is probably the reason why Disney is yet to announce anything regarding his status with the company and the inevitable Aladdin sequel.

Will Dwyane Johnson Replace Will Smith In Aladdin 2?

As we have established, it is difficult for Disney to fire Will Smith because of his star power. He is one of the most recognizable names in the industry because he has been around for a long time and because he has had a lot of successful movies in the past. But while Smith is as popular as he is, there is one name that could perhaps be bigger in today’s industry. We are talking about the people’s champion himself, Dwayne “The Rock” Johnson.

It has come to our attention that there are several sources that have reported that Dwayne Johnson has been in talks with Disney. According to this unverified source, The Rock himself could be replacing Will Smith as Genie in Aladdin 2. So, is it true that Dwayne Johnson is on his way to becoming the next Genie?

As of this moment, there hasn’t been any verified news regarding both Will Smith’s status with Disney and Dwayne Johnson’s talks with the mouse company. In that regard, Disney is yet to confirm anything regarding both Smith and The Rock possibly replacing the Hollywood megastar in what is set to become one of the biggest movie sequels in recent history.

Then again, it does make sense for Disney to choose Dwayne Johnson as the possible replacement for Will Smith as Genie in the upcoming Aladdin sequel. That’s because he is one of the few actors that is arguably bigger and more recognizable than Will Smith.

Dwayne “The Rock” Johnson rose to prominence as one of the wrestlers that allowed WWE to grow during the Attitude Era of the late 90s to the early 2000s. His ability to cut promos and his natural charisma made him the biggest star the WWE has seen since Hulk Hogan. And when he made the jump to Hollywood, it didn’t take long for him to become one of the most prominent names in the industry.

As a workhorse in Hollywood, Dwayne Johnson has accepted a lot of roles in different productions that have all been successful. His role in Hobbs & Shaw (2019) allowed the movie to earn $760 million. Of course, he also helped Disney’s Moana earn $645 million. Meanwhile, his portrayal of Black Adam in the upcoming DCEU Black Adam movie is set to earn a lot of money as well.

All that said, Dwayne Johnson is not a stranger to success because he is one of the most successful actors in the world today. Everyone in the world knows him because of his days as The Rock and because of his recognizable acting roles in Hollywood. And he has also worked with Disney in the past as the demigod Maui in Moana and in the 2021 Jungle Cruise movie, which earned $220 million.

In that regard, it wouldn’t be a surprise if Disney were to decide to axe Will Smith from Aladdin 2 and replace him with Dwayne “The Rock” Johnson. After all, Johnson is also of black heritage and has the child-friendly appeal that could draw in millions of young audience members around the world. And he is probably the only actor with the talent and star power to replace someone like Will Smith in a large production that could potentially bring in billions.

Nothing is set in stone right now, but Dwayne Johnson could be the right man for the job if Disney wanted another person to portray Genie. And we are here to keep you updated if ever The Rock does indeed get the job. 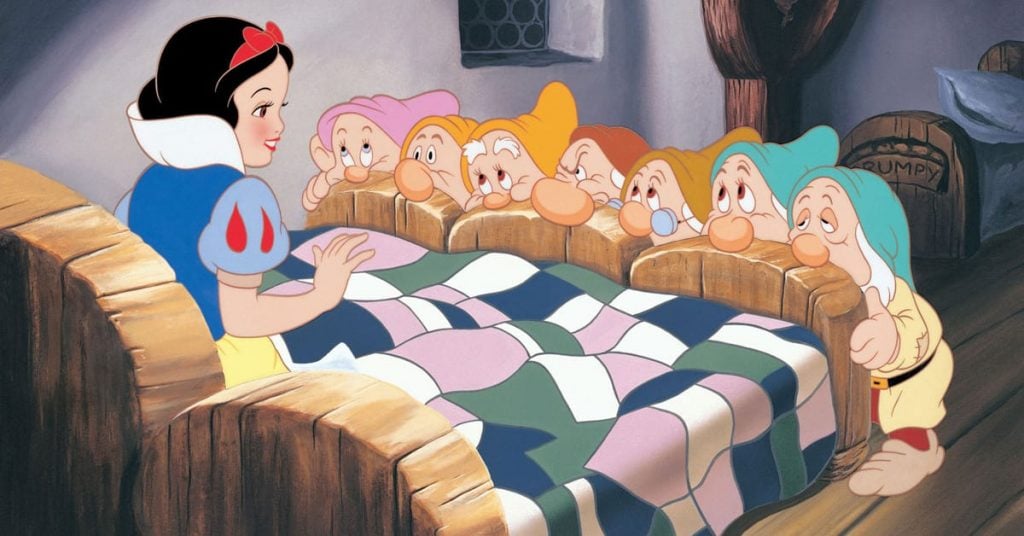