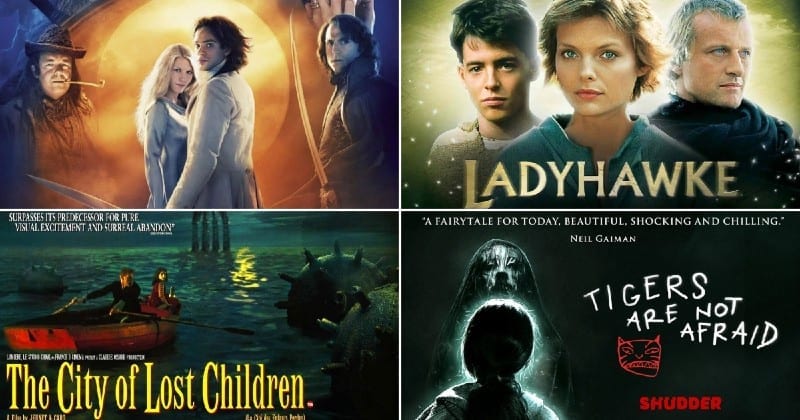 The fantasy genre is quite strange and very flexible, as the stories only need to incorporate fantasy themes in order to qualify. This could be accomplished through magic, myths or the supernatural. Although they are completely different when it comes to the location, the myth or the speed of the action, Lord of the Rings and Harry Potter both belong to the fantasy genre.

And while the fantasy genre can encompass a great deal, it is still somewhat neglected. If you’ve only followed the more famous blockbuster fantasy movies so far, and are looking for something new, then this list is just for you.

We also have an article about 50 best SF movies you have never seen, so check it out.

Check out 10 great fantasy movies you probably haven’t seen before:

Synopsis: The boy encounters a convention about witches and has to stop them, even after they turn him into a mouse.

Synopsis: The thief Gaston escapes from the dungeon of medieval Aquileia through the toilet. The soldiers almost kill him when Navarre saves him. Navarre, traveling with his spiritual falcon, plans to kill Bishop Aquileia with the help of Gaston.

Synopsis: A beautiful young woman takes the place of her father as a prisoner of a mysterious beast who wants to marry her.

The Adventures of Baron Munchausen (1988)

Synopsis: The story of Baron Munchausen’s alleged travels and fantastic experiences with his band.

Synopsis: In a small town on the border with the magical land, a young man promises his beloved that he will reach for her shooting star in the middle of entering the magical kingdom.

Synopsis: In a hospital on the outskirts of Los Angeles, in 1920, an injured stuntman begins to tell a fellow patient, a girl with a broken arm, a fantastic story about five mythical heroes. Thanks to his broken state of consciousness and her vivid imagination, the line between fiction and reality blurs as the story moves away.

Synopsis: A young wizard’s assistant is sent to kill a dragon that has devoured girls from a nearby kingdom.

Synopsis: A scientist in a surreal society kidnaps children to steal their dreams in hopes of slowing down his aging process.

Synopsis: On his way to find a cure for Tatarigami’s curse, Ashitaka finds himself in the middle of a war between the forest gods and the Tatars, a mining colony. In this quest, he also encounters San, Mononoke Hime.

Synopsis: A dark fairy tale about a gang of five children trying to survive the horrific violence of cartels and ghosts created every day by the drug war.