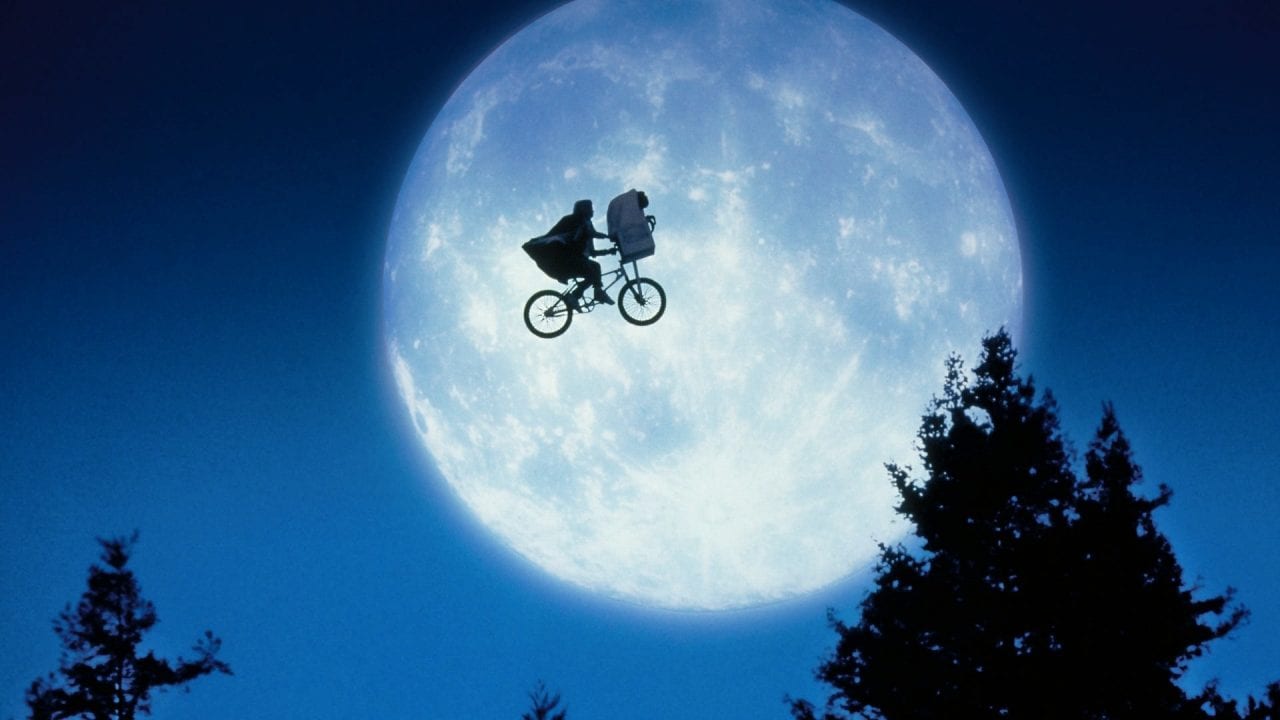 Both E.T. the Extra-Terrestrial and Star Wars are among the most famous and most beloved science-fiction works of the 20th century. The former, a movie about an extra-terrestrial who comes to Earth and desperately wants go back home, and the latter, an epic space opera that turned into a lucrative franchise, are both modern classics, but are they – related? Keep reading to find out.

While there are arguments for both possible answers and we cannot state anything definite, we presume that E.T. is not part of the Star Wars universe and that the existing connections are just interesting teasers, but nothing so firm that we can give an affirmative answer to this question.

When E.T. came out in 1982, it was an instant global hit. People adored the story and the characters, and Steven Spielberg had another hit on his hands. At the same time, George Lucas had already had two of his Star Wars movies distributed in cinemas and the franchise was slowly becoming a global phenomenon. A child dressed as Yoda appeared in Spielberg’s movie, while a species completely identical to E.T. appeared 17 years later in Lucas’ The Phantom Menace. Does this mean that E.T. is part of the Star Wars universe? Well, let us see!

When George Lucas launchedthe franchise in 1977, with themovie Star Wars (later titled Star Wars: Episode IV – A New Hope for continuity reasons), no one expected that it would become one of the biggest stories of the modern area. Star Wars wasn’t initially that successful, but as the years passed, the franchise became a cult classic, attracting generations of fans and now encompassing nine main continuity movies, video games, several TV shows, comic books and a variety of merchandise that made George Lucas famous. The franchise is today owned by Disney, but wherever it might go after the conclusion of the Skywalker Saga, Star Wars will undoubtedly remain one of the pivotal parts of modern culture.

On the other hand, Steven Spielberg had a massive hit when E.T. the Extra-Terrestrial hit American and global cinemas in 1982, right between Lucas’ Episode V and VI. The story of Spielberg’s film follows an extra-terrestrial, dubbed E.T., who gets stranded on Earth, where he befriends a group of children from California. The movie s was a box office success and is now an essential part of the 80s culture. The heartwarming story attracted a lot of fans and a lot of scenes and phrases from the movie have now become classics. Unlike Star Wars, E.T. remains a stand-alone movie; there was an idea for a sequel, but Spielberg ultimately decided against it because it would not have contributed to the movies original “virginity”.

Now that you know what we are talking about, let us see whether these two movies are part of the same fictional universe.

E.T. is part of the Star Wars universe – the arguments

First, let us analyse the arguments supporting the thesis that E.T. is part of the Star Wars universe.

This theory is relatively new, at least when compared to the original material, as it appeared in 1999, then Lucas’ Star Wars: Episode I – The Phantom Menace came out. The movie wasn’t in any way connected to E.T., but during a meeting of the Galactic Senate, a group of aliens completely identical to the famous E.T. is seen as being present during the meeting.

They have no dialogue, nor do they play a part in the story – but they are there. The fun thing here is that they are actually completely identical to E.T., and not just similar. Although the movie reveals nothing about them, it was later revealed that they are actually Asogians from the planet Brodo Asogi and that one of their representatives was named Grebleips.

E.T.’s species, as well as the name of his home planet, have not been revealed at the time the movie came out, but a 2002 companion novel, E.T.: The Book of the Green Planet, by William Kotzwinkle and based on Spielberg’s story, states (on page 19), that E.T.’s home planet has a lot of names, all of which translate to the name Green Planet, and among those names is – Brodo Asogi! Coincidence? Hardly, but since the book came out three years after Lucas’ film, it might be an intentional, retroactive nod to Lucas’ reference.

Another argument for this thesis is the fact that the Asogians sent an expedition to another distant galaxy, which would coincide with the way E.T. came to Earth! There is a big temporal and spatial difference, since Star Wars is set “a long time ago”, but the distance between the galaxies could account for such a big time jump.

There is also another thing that supports this theory and it is present in the original E.T. movie, but this is up for interpretation. Namely, in the movie, E.T. sees a child dressed as Jedi Master Yoda during the Halloween festivities and says “home”, like he recognizes the mask. Although Yoda and E.T. aren’t from the same species, it would make sense that E.T. recognizes Yoda’s rare and mysterious species. But, this argument could be interpreted otherwise as we’ll soon see.

These are certainly strong arguments in support of the theory, but let us see what the other side has to say.

E.T. isn’t part of the Star Wars universe – the arguments

Steven Spielberg and George Lucas are certainly one of the best directors of their generations, with a lot of classic in their filmographies. That much is known. But, did you know that the two of them not only attended film school together, but are also great friends? Well, they are and this fact accounts for a lot the “confusion” surrounding E.T. and Star Wars. Let us see how.

When E.T. released back in 1982, Lucas had already released two of his Star Wars films, including the acclaimed The Empire Strikes Back. Since they are such good friends and Star Wars was slowly becoming a phenomenon, Spielberg decided to include a nod to his friend’s work in his movie. Star Wars is heavily referenced in E.T., mostly through the existence of various Star Wars merchandise, but also via the above-mentioned Yoda costume. What we can deduce from this is that Star Wars definitely exists within the fictional universe of E.T., but since the movie’s fictional universe actually imitates reality, it is not strange to see such a metanarrative element in Spielberg’s movie. And the not is just that – a metanarrative element and nothing more.

The fact that E.T. actually recognized Yoda doesn’t mean he actually knew who Yoda was, but since Yoda’s an alien, he might have looked familiar to E.T. due to himself being an alien, i.e., Yoda was different than all the humans E.T. encountered on Earth. This is a more plausible interpretation than the one presented above, as it’s highly probable that this was just an (insider) joke between Spielberg and Lucas than anything else.

To add to the latter statement, George Lucas added E.T. in Episode I only because Spielberg asked him to do it, as a nod to their friendship. It was not Lucas’ idea, but Spielberg’s, who is holds the copyright to E.T., rather than Lucas. We’ll see more on the copyright issue later, but this fact certainly adds to the supposition that E.T. is not part of the Star Wars universe and that the cameos are just friendly nods between the directors.

There are strong arguments for both possible answers. But, is there a correct one? Although we cannot state anything with a 100%-certainty, we think we can assume that E.T. isn’t actually part of the Star Wars canon. Certainly, a connection exists – as you could’ve seen in the preceding paragraphs – but we do not think that it is strong enough to say that it is all part of the same universe. Spielberg asked Lucas to include E.T.’s species in his movie, but that could’ve been (and probably is) just a fun tease with no deeper meaning. When asked, Lucas had this to say about the connection:

“The problem is that the E.T. design is owned by Universal Studios. Steven and Universal let me show the E.T.’s for a fraction of a second, but we wouldn’t actually ever use them in one of the upcoming Star Wars TV shows or the future films. We have plenty of new types of aliens to reveal and don’t need to give any further screen time to E.T.’s species.“

So, there you have it. Spielberg owns it, Lucas just used it for a brief second. And while this might not be the definitive answer you were looking for, it’s certainly interesting to know it so you can put things into perspective. So, until either Spielberg or Lucas state anything definitive related to this issue, we can only assume and continue to ponder over this question.