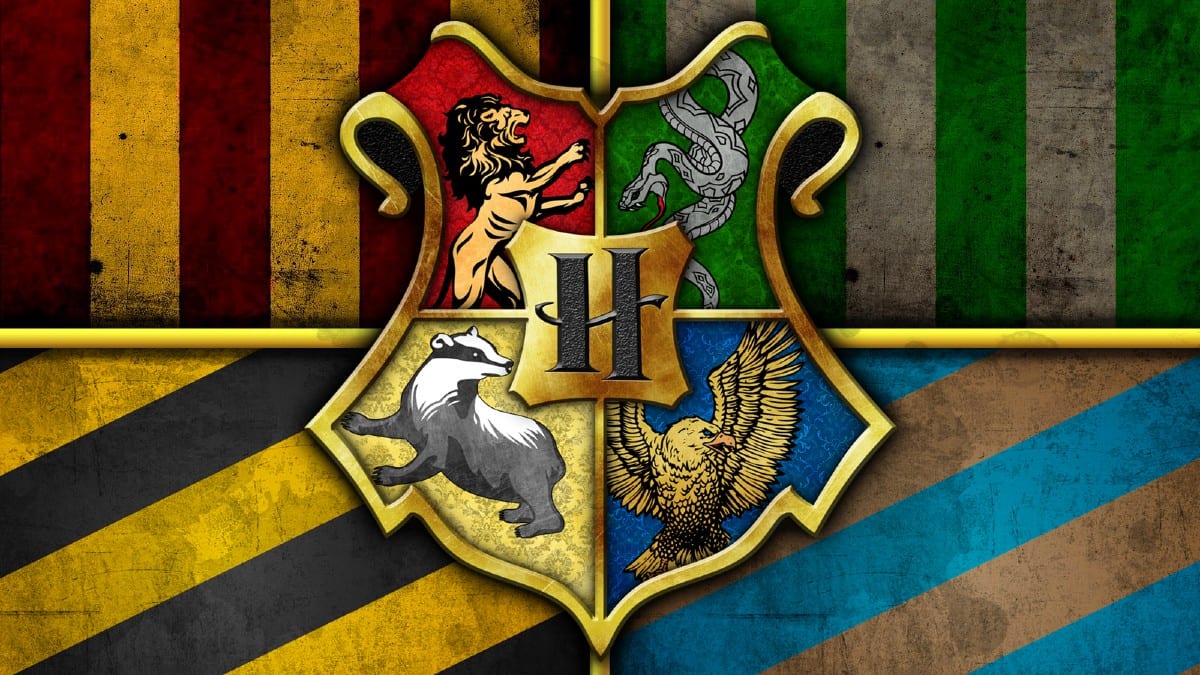 There are many disagreements on which Hogwarts House should bear the title of being number one. No matter if you value a certain House because of a specific character, your own values, or your Pottermore result

, you must have a favorite. But how to rank Hogwarts Houses fairly? In this article, we explain why it is such a daunting task due to J.K. Rowling’s magic touch.

In our first place, we put non-other than Ravenclaw.

Whether you agree or disagree, you have a reason to read our reasoning behind the list! Support us or prove us wrong in your next Harry Potter debate.

One of the biggest problems when it comes to the movie industry is showing vs. telling. Sometimes, a movie will start by telling you a story about a character to save time.

Another thing which is often used is montages. They are a form of showing instead of telling. You can see what is happening to the character and judge their actions on your own, form an opinion on them, and develop sympathy.

We all started with some universal knowledge about Hogwarts and its past, as well as certain characters. Slytherins were shown as bullies from the very beginning, and we rarely see their cunning and instinct.

They are also said to be resourceful, but we hardly can appreciate those traits since Tom Riddle is the one who shows them.

When you think about it, don’t Ron and Hermione seem more like a Hufflepuff and a Ravenclaw? Wouldn’t it be nice to have them become best friends and save the world without glorifying something they didn’t decide on?

It is important to keep in mind that there is no right answer. It all depends on personal preference. Anyone can have all four House qualities – but if you value your kindness more than your intelligence, you will be a very smart Hufflepuff. If you value wisdom more than success, Ravenclaw is the House for you.

Slytherins have some great qualities we respect about them, but it seems unfair to put anyone else last when Slytherin has such a long history of discrimination. When Salazar Slytherin founded the House, and for quite some time after, only pure-blood witches and wizards were welcome.

Muggle-born students are exceptionally rare to find in Slytherin, even if the rules have changed. Salazar left the Chamber of Secrets behind as a token of his beliefs – Muggle-borns are not worthy to study magic and the school must be purified.

Unfortunately, Draco’s generation was not far from that. We can see the same thought pattern of discrimination in Draco, Tom Riddle, and Bellatrix.

However, Slytherin’s animal is the serpent, an adaptable and flexible animal much like its students. Being ambitious and cunning does not make one evil.

If we consider Horace Slughorn, it is clear his ambition made choices for him, made him use his students with the potential for his glory. But Severus, a half-blood character with such a complicated backstory, is perhaps the most noticeable and beloved Slytherin.

For some, Snape may be a hopeless romantic. For others, he is an obsessive „nice guy“. But considering that his Patronus, his happiest memory, has forever remained Lily’s doe, we can’t help but sympathize with the unlucky Slytherin.

Courage and chivalry are what true Gryffindors value most. They are knights in shiny armors, ready to save the day and receive eternal glory. Harry being the main character who saves the world and sacrifices, and a Gryffindor at the same time does not allow anyone to hate Gryffindor.

And why would they? Gryffindors are brave and loyal, but sometimes reckless when eager to prove themselves. Since fire is their element, it is no wonder they are said to be short-tempered.

While Godric Gryffindor should be commended for standing up to Salazar’s ideas, it makes it hard to cherish a House that was written in such a way that you have to like it. J.K. Rowling said that she would be a Gryffindor herself. It is common for writers to keep their values in their art.

The headmaster of Hogwarts, Albus Dumbledore, the new headmistress Minerva McGonagall, and three main characters Harry, Ron, and Hermione are all Gryffindors. Both of Harry’s parents, Neville, the whole Weasley family, Remus, Sirius, Hagrid… the list of famous Gryffindors goes on and on.

If the main characters came from different Houses, we would have a deeper insight into each of them. Gryffindors are allowed things others are not. Harry was allowed to use his broom during the first year, and they are rewarded with just enough points to win the House Cup by, you guessed it, a Gryffindor headmaster.

It was sad to watch Rowling create this harsh line between good and evil. If there wasn’t for Peter Pettigrew, Gryffindor would have no faults. But how did a coward like him end up there?

Kindness, fairness, and dedication are what landed Hufflepuff in second place. Sometimes bravery comes in the smallest of deeds. Showing true kindness to your colleague in need sometimes takes more courage than fighting a war.

Founded by Helga Hufflepuff, this House is known for Herbology lovers. Hufflepuffs are said to be patient, much like their plants waiting for the sun to grow. Since the earth is their element, it makes sense Hufflepuff’s students are successful in magic including herbs.

Hufflepuffs are not as competitive as others, but when it comes to their moral code they deserve first place. Many see Gryffindor as the opposite of Slytherin, but Hufflepuff welcomes all students and always has. While Slytherin values ambition and success, Hufflepuff values humanity, and modesty.

There may be more famous Hufflepuffs than you know. Pomona Sprout, Nymphadora Tonks, Cedric Diggory, Newton Scamander, and Edward Remus Lupin are some of them. Tonks was one of the soldiers in Order of the Phoenix, and lose her life along with Remus in the Battle of Hogwarts against Voldemort leaving their son behind.

And let’s not forget how Harry and Cedric helped each other during the Triwizard Tournament. Harry’s role overshadowed Cedric, but ultimately Harry saved him to help him win – which resulted in Cedric’s tragic death.

Till his very end, Cedric was ready to defend Harry, he has shown courage in the time of need when it was more dangerous than ever.

One of the tallest towers with the most beautiful view is the perfect place for the Ravenclaw common room. Their room is said to be the airiest one, which isn’t a coincidence – air is an element often used as a symbol for the mind.

In case you wish to enter their common room you need only solve a riddle. Instead of having passwords, this house demands wisdom, no matter whose it is. Everyone clever enough to solve the riddle is allowed to enter.

As Rowena Ravenclaw, the founder has said: “Wit beyond measure is man’s greatest treasure.” These students pride themselves on originality and individuality. They are able to think outside of the box.

Luna Lovegood is one of those quirky characters who doesn’t try to be one. Her mind is wired to think differently and to believe the impossible. Rowena and Helena Ravenclaw, Filius Flitwick, Sybill Trelawney, Cho Chang, Gilderoy Lockhart, Quirinus Quirrell, and Garrick Ollivander are some of the most famous Ravenclaws.

We can all notice some of them suffered from chronic egoism, but most of them were considered strange at some point.

Professor Flitwick was made fun of for his Goblin ancestry but became one of the best professors in Charms. Professor Trelawney predicted Voldemort’s return but was mocked by her students and terrorized by Dolores Umbridge. Cho Chang was greatly affected by the death of Cedric but chose to train with Harry and kept getting better at spells.

Garrick Ollivander was considered to be the best wandmaker in the wizarding world.  He also had an eidetic memory, allowing him to remember each and every wand he has sold. Being an odd Ravenclaw, he surprised even Harry with his belief that wands feel and choose the wizard.

These inspiring examples show how intelligent people can go through and still persevere. Curiosity and creativity, willingness to learn, fascination with the world are what’s at the very core of a philosopher – and a child’s mind.

Contrary to the belief that Ravenclaw is all about reading and knowing the facts, their main goal is to understand how things work. Curiosity is a necessary quality every Ravenclaw must-have.

To find out what the world is made of, what makes people tick, and to discover something new every day – that is the kind of magic we can all practice in real life.