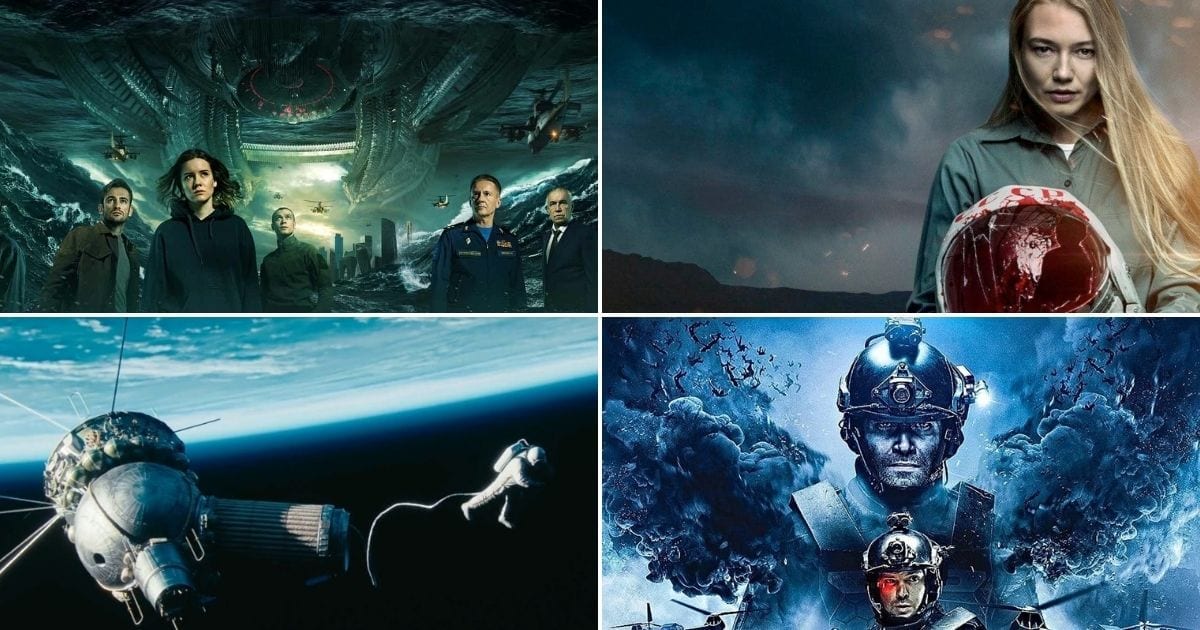 Russian cinematography is making big progress, and it is mostly seen through their Sci-Fi movies, which, even though not so good in acting as the US, have amazing visual effects, and good stories. Also, throughout history, there were some amazing movies as well, and we will sort them all out in this article.

That’s why we decided to make an article about the best Russian Sci-Fi movies, and they won’t disappoint you. Keep reading to find 20 unexplored SF jewels.

We will sort the best Russian Sci-Fi movies in release order, and won’t directly compare them, because we think they all deserve to be seen.

Synopsis: People living in a seaside town are frightened by reports about an unknown creature in the ocean. Nobody knows what it is, but it’s really the son of Doctor Salvator. The doctor performed surgery on his son and now young Ichtiandr can live underwater. This gives him certain advantages, but creates a lot of problems.

Synopsis: Psychologist Chris Kelvin (D. Banionis) is sent to a station orbiting the distant planet Solaris to find out why the crew went crazy.

Synopsis: An ordinary Soviet building manager, living in the 20th century, is extremely similar to Tsar of All Rus’ – Ivan IV the Terrible (1530 – 1584). He would never have known about this, but one day his neighbor created a time machine.

Synopsis: An ordinary Soviet building manager, living in the 20th century, is extremely similar to Tsar of All Rus’ – Ivan IV the Terrible (1530 – 1584). He would never have known about this, but one day his neighbor created a time machine.

Synopsis: Two Russians push the wrong button on a strange device and end up on the telepathic planet Pluke with its strange societal norms.

Synopsis: The world after the nuclear apocalypse. Pale light lits the scenery of total destruction. The surviving humans vegetate in wet cellars under the nuclear winter. But somehow the human spirit still sees somewhere the dim light of a new and better future. The next generation starts the walk towards a new life.

Synopsis: Two not quite similar men, our contemporaries, psychologist-linguist Sergey Pshenichny and former mining engineer Andrew Nemchinov, are walking in the street in their native miner’s town and found themselves in 1949.

It’s common knowledge that real miracles happen without technical devices: time comes miracle happens. They spend in 1949 only one day the next morning they found that it is the same day that was yesterday.

In the morning to the coal mine, in an hour an accident in a coalface, at 10 o’clock wire from the Ministry, after work reunion concerning the Stalins anniversary; robbing of pay desk, death of policeman Ryabenko, in the evening – volunteer Sunday work…and in the morning the same, and so forever and ever Philosophic fiction, accompanied by the music of group Nautilus Pompillius.

Synopsis: An engineer in charge of the production line of a factory in Moscow is sent to a small town to try to specify the distributor the new dimensions of a mechanic part they need. But in this town, everybody seems to be crazy (a secretary who works naked, a group of people take the engineer as a rock & roll player, etc) and, in addition, this man is a witness to suicide, so he is trapped inside the town.

Synopsis: An engineer in charge of the production line of a factory in Moscow is sent to a small town to try to specify the distributor the new dimensions of a mechanic part they need. But in this town, everybody seems to be crazy (a secretary who works naked, a group of people take the engineer as a rock & roll player, etc) and, in addition, this man is a witness to suicide, so he is trapped inside the town.

Synopsis: Meat merchant Oleg, prostitute Marina, and piano tuner “simply Volodya” drop into an all-night bar in Moscow, where they are served by a narcoleptic bartender (three plus one is four) while each regales the others with made-up biographies. Oleg claims to work in President Putin’s administration, supplying him with bottled water and his wife with liquor; Marina passes herself off as a marketing executive; and Volodya, the infamous lead singer of the rock group Leningrad, as a geneticist who clones twins (two times two makes four, again) in a laboratory that has been engaged in these experiments since the days of Stalin. After they separate, these fantasy realities, especially Volodya’s, begin to dominate their everyday lives.

Synopsis: A chronicle of the rise of the advertising industry in Post-Soviet Russia.

Synopsis: In the distant future, a space traveler from Earth breaks a special law and interferes with the history of another, Medieval-like, planet.

Synopsis: Henry is resurrected from death with no memory, and he must save his wife from a telekinetic warlord with a plan to bio-engineer soldiers.

Synopsis: Max finds himself in possession of an ancient scroll that describes the entire history of humankind from beginning to end. Seeking to use the information for his own gain, Max triggers the mechanism that begins influencing his own life.

Synopsis: Trying to keep lead in the Space Race, the Soviet Union is preparing two cosmonauts for the first spacewalk.

Synopsis: An alien ship crash lands onto a Russian city, many who saw it and the occupants start to question their own existence, while there are those who demand the aliens leave Earth.

Synopsis: Life on Earth is rapidly destroyed except for a small area in Eastern Europe.

Synopsis: After a mysterious accident a young architect comes back to his senses in a very odd world. He must find out the exact laws and regulations of it as he fights for his life and keeps on looking for the exit to the real world.

Synopsis: With the fall of the alien ship Julia’s life changed, now three years later mankind is about to experience new encounters.

Synopsis: The lone survivor of an enigmatic spaceship incident hasn’t returned back home alone-hiding inside his body is a dangerous creature.