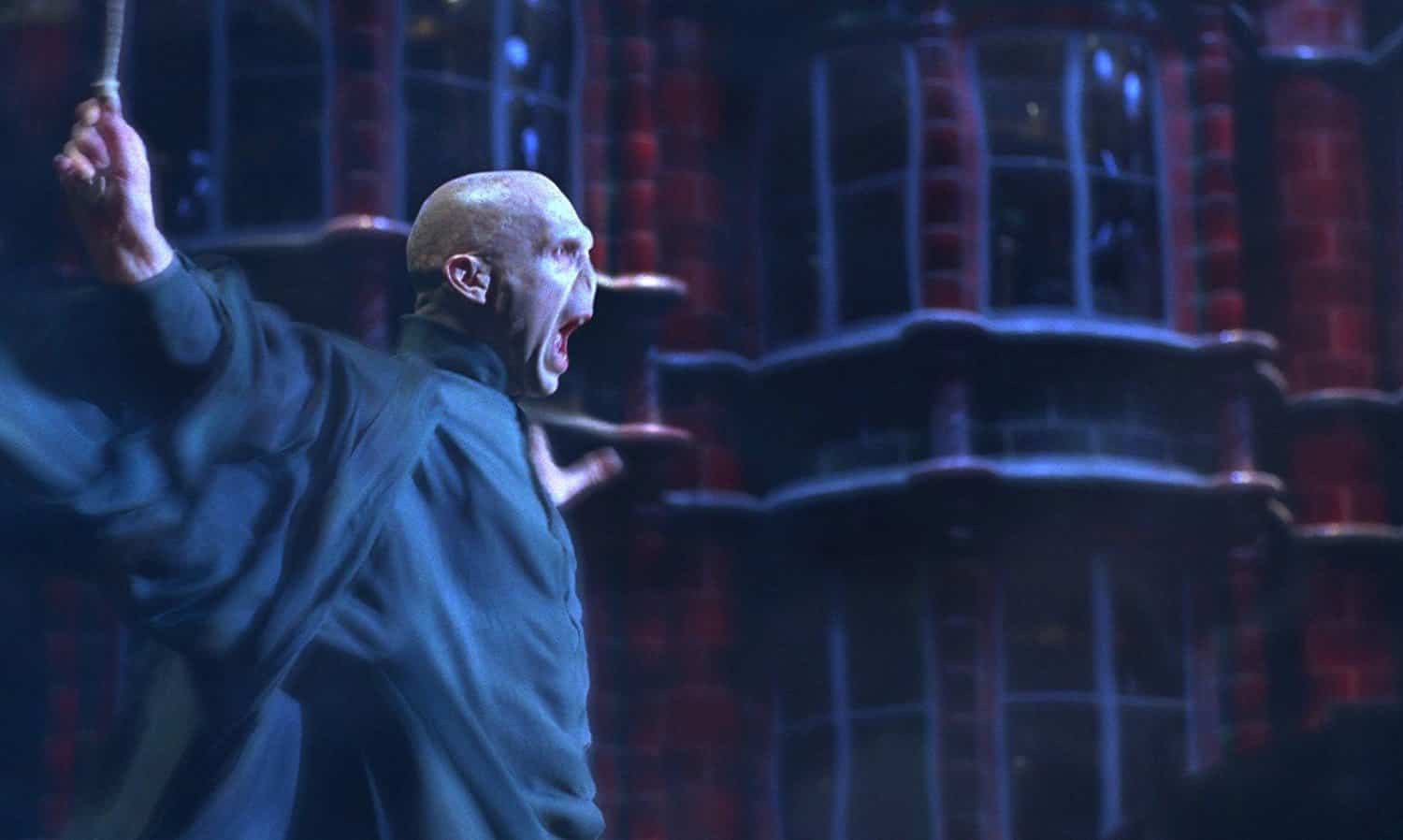 In today’s article, we are going to answer one burning question for you – can the omnipotent Lord Voldemort use the Patronus Charm and if he can, what would his Patronus be?

Lord Voldemort cannot actually use the Patronus Charm; not because he’s not skilled enough, but because he does not have the necessary prerequisites.

Lord Voldemort, born Thomas (Tom) Marvolo Riddle, is the main antagonist of the Harry Potter book series. An orphan, Riddle was a dangerously bright Slytherin student during his years in Hogwarts; at the time, Albus Dumbledore taught Transfiguration and Armando Dippet was Headmaster. After finishing school, Riddle applied for the job of Defence Against the Dark Arts professor, but was ultimately rejected by Dippet as being too young and told to come back after gaining some experience.

Young Riddle turned to the Dark Arts and soon became Lord Voldemort. He developed a plan to take over the Wizarding World and get rid of all Muggles and rule over both worlds – the Wizarding and the Muggle worlds – but also those who do not support his goals, called traitors. He formed a group of ruthless followers known as the Death Eaters who followed him blindly. During the First Wizarding War, Voldemort found out about the prophecy of a young boy destined to kill him.

He did his search and located young Harry Potter in the village of Godric’s Hollow, where he murdered his parents and wanted to kill him, but was unsuccessful because Lily Potter, Harry’s mother, protected her son with her love. Voldemort’s spell backfired and he was supposedly killed, leaving Harry with a thunder-shaped scar on his forehead.

What Is the Patronus Charm?

The Patronus Charm is one of the many spells present in the Harry Potter book series. It is a piece of very advanced and complex magic that is not even taught in Hogwarts, as it is considered to be far beyond the N.E.W.T. level of knowledge, as stated by Remus Lupin while he taught DADA at Hogwarts.

The charm has been present in the Wizarding World since ancient times and its main function is to fend off certain evil creatures, especially Dementors; the Patronus Charm is actually the only fully effective way of chasing away Dementors. The first time the charm is used in the books (although it’s not stated at the point) is when Remus Lupin used the charm to scare off a Dementor what was attacking Harry Potter on the Hogwarts Express.

There is a second use for the charm and it is believed that it was invented by Albus Dumbledore himself. Namely, a caster can use the Patronus Charm as a means of communication, when the conjured Patronus speaks in the casters voice; it is believed that the original Order of the Phoenix used this spell as a means of secret communication during the war.

A corporeal Patronus usually takes the shape of an animal and is actually a reflection of the casters most inner feelings. Some wizards, like Remus Lupin, choose to summon an incorporeal Patronus (although they are capable of summoning a corporeal one) to hide their identities, as the form of the Patrons could easily be used to identify the caster.

The incantation is Expecto Patronum.

The basic prerequisites for using this charm are a high degree of wizarding skills and the possession of strong, happy memories. Namely, the Patronus Charm relies on the strength of a person’s happy memories and draws its energy from the memory. The caster needs to concentrate on a strong and happy memory from the past in order to summon it, but even then – it is still difficult.

Remus Lupin taught Harry Potter how to use it during his third year, by which means he became one of the youngers users of the spell in history, alongside Nymphadora Tonks; he later passed on the knowledge to members of Dumbledore’s Army.

It was, for a time, thought that only those who have a pure heart can use the spell, but since we have examples of morally imperfect characters who have, indeed, used the spell (like Dolores Umbridge), it seems that the caster has to have happy memories to draw the energy from.

This means that completely evil wizard and witches are, as a rule, not able to use the spell; an unworthy caster will be instantly devoured by maggots coming from the wand and ultimately killed, which is why dark wizards avoid using the spell.

Can Voldemort Use the Patronus Charm?

Lord Voldemort is considered to be the strongest dark wizard in history (surpassing even Gellert Grindlewald) and the second strongest wizard in general, behind Albus Dumbledore (I you remember the Battle at the Ministry, Voldemort was unable to defeat Dumbledore). So, as far as his skills go, Lord Voldemort is definitely capable of using it. And yet – he cannot!

Why is that? Well, there are two reasons. The first one is that he is so radically evil and vile that he has no happy energy to use for conjuring a Patronus and that is the second prerequisite for using the spell. The second one is that Lord Voldemort actually has no human soul, since he split and destroyed his soul while creating his Horcruxes.

So, while being able to use it, he simply cannot. He probably wouldn’t die as he is too powerful, but it would be of no use to try and conjure a Patronus (luckily for him, dark wizards rarely have need for this spell).

Like Lord Voldemort, most of his Death Eaters cannot use this spell either, mostly because they are too evil to be able to do it (Draco Malfoy also couldn’t do it). The only known Death Eater that could use this spell was Severus Snape, because despite the dark façade, he had a strong heart and a beautiful soul.

So, there you have it – Lord Voldemort simply cannot use this spell, although he is able to do it based on his skills. Are we certain? Well – yes. How? J.K. Rowling herself confirmed, during an interview available online, that Snape was the only Death Eater able to conjure a Patronus, which means that Voldemort wasn’t able to do so.