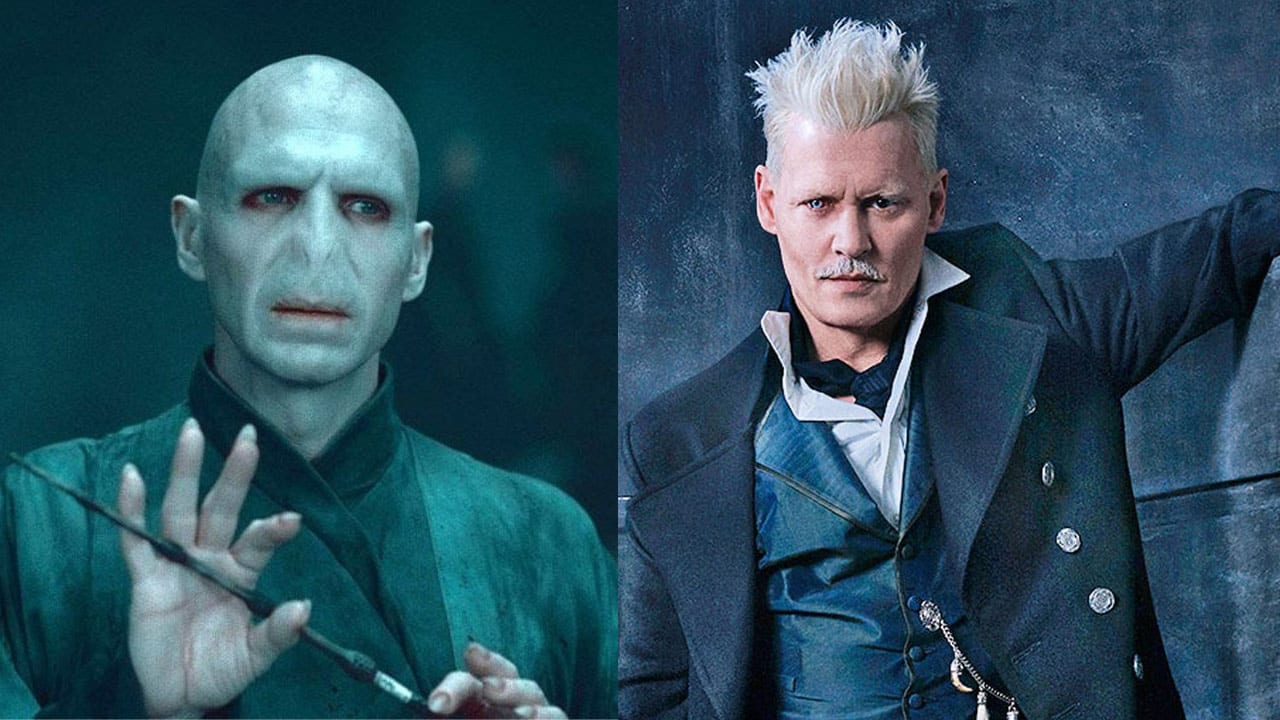 The whole series about Harry Potter comes down to the fight between good and evil, which is very common both in fiction and in real life. This time our topic will be a little different, we will talk about the bad guys – Gellert Grindelwald and Lord Voldemort.

When it comes to these two worst wizards of all time, opinions are divided as to which of them is better and more powerful, with yet less predominance on the side of “He-who-must-not-be-named”.

But we still opted for Gellert Grindelwald – the most powerful evil wizard.

If you want to know more about both of them, their similarities and differences, and what are the reasons why we chose Grindelwald as the most powerful wizard of all time, keep reading.

Gellert Grindelwald was a dark wizard even before Voldemort’s time and was first mentioned in the book “Harry Potter and the Sorcerer’s Stone”. He attended the Durmstrang Institute of Magic, where he was an excellent student and was most interested in black magic, as the best means to achieve the goal he needed to.

Because of practicing magic outside the classes, he was expelled from Durmstrang.

Grindelwald was obsessed with wizarding artifacts and wanted to know as much as possible about the Deathly Hallows. The quest for knowledge led him to Godric’s Hollow, where he met the young Albus Dumbledore.

These two teenagers had a lot in common: Gellert wanted to unite the Deathly Hallows and become the Lord of Death, and Albus longed for the Sorcerer’s Stone to resurrect his beloved mother.

Together they wanted to establish a new world order in which wise and powerful wizards would rule the whole wizarding world over the Muggles.

Becoming an owner of the Elder Wand (to be honest, he had stolen it), Grindelwald began to spread terror throughout Europe and killing everyone who stood in his way. As he became a major threat to the Wizarding Community, Dumbledore decided to confront him. He defeated him in a duel and imprisoned him in Nurmengard.

Grindelwald’s powers were very impressive. E.g. he could make himself invisible, using an extremely powerful Disillusionment Charm. This is a charm that disguises a target as its surroundings, making it take on the exact color and texture of its environment.

He was also known for his dueling abilities, defeating many great wizards of the time.

Tom Riddle a.k.a. Lord Voldemort – the villain no. 2

Since his childhood, Tom Riddle had always been a strange and special person, but violent towards other children, scaring them whenever he felt like it.

This arrogant and selfish student (clever and prominent as well) of the Slytherin house was the master of dark magic, the most dangerous magic in the wizarding world.

After finishing 7 years of Hogwarts School of Witchcraft and Wizardry, he disappeared for a while, returning stronger and deadly.

His power to move objects with his mind, as well as communicating with animals were not the only skills he was known of.

Unsupported flight, Legilimency (the art of magically navigating through someone’s mind and reading his thoughts), Fiendfyre (the curse that produces enchanted flames immense size and fire), the ability to create Horcruxes (the objects in which he has hidden fragments of his soul to become immortal), and his signature spell known as Avada Kedavra (the killing curse) were the scariest features of this walking evil.

The same but extremely different

are undoubtedly similar, psychological analysis of both of them shows significant differences.

Take for example sociopaths (in this case it would be Lord Voldemort) and psychopaths (Gellert Grindelwald) – they have some common features such as disrespect for the law and a tendency to use violence to get what they want.

However, there are differences. While sociopaths mask their deception with lies and flattery to turn everything to their advantage, like young Tom Riddle as he manipulates Professor Slughorn to reveal to him what he knows about Horcruxes, psychopaths are more predatory, acting proactively, like Grindelwald when he started the duel in which Ariana Dumbledore has been killed.

All this is evident in their behavior – Lord Voldemort spent his life planning, while Gellert Grindelwald literally laughed death in the face.

Both Grindelwald and Voldemort were compared to Adolf Hitler, as they both carried out ethnic cleansing on their rise to power. J. K. Rowling once confirmed that it’s no coincidence that the Wizarding War is temporally located during World War II.

Another link to the Nazis is the name of Grindelwald Prison – Nurmengard, reminiscent of Nuremberg – a Bavarian town where Nazi officials and members of the Third Reich were tried for war crimes.

Who’s being better at being evil? “For the Greater Good”

Finally, the conclusion is that being worse actually means being better at being evil. Maybe it is confusing but it is true. So, let’s resume.

No matter how much Lord Voldemort loved to take lives, he’s still lagging behind Grindelwald in the body count. Grindelwald was seemingly active across the globe, not just in the United Kingdom. On the other hand, Voldemort never really took his operations outside of Britain.

Speaking of leadership, Gellert Grindelwald also takes the shot. Lord Voldemort was devious, cunning, and an opportunist, but he could never be a proven leader. Several of his Death Eaters were cowards, who only joined him out of fear and never truly followed him.

Grindelwald’s followers (also numerically superior) genuinely believed in his mission. His leadership was a combination of smarts and charm, and the ability to command.

So, we chose Gellert Grindelwald as the most powerful evil wizard in the Harry Potter saga. Harry’s main enemy was Lord Voldemort but we wonder what would have happened if Grindelwald had been there instead.