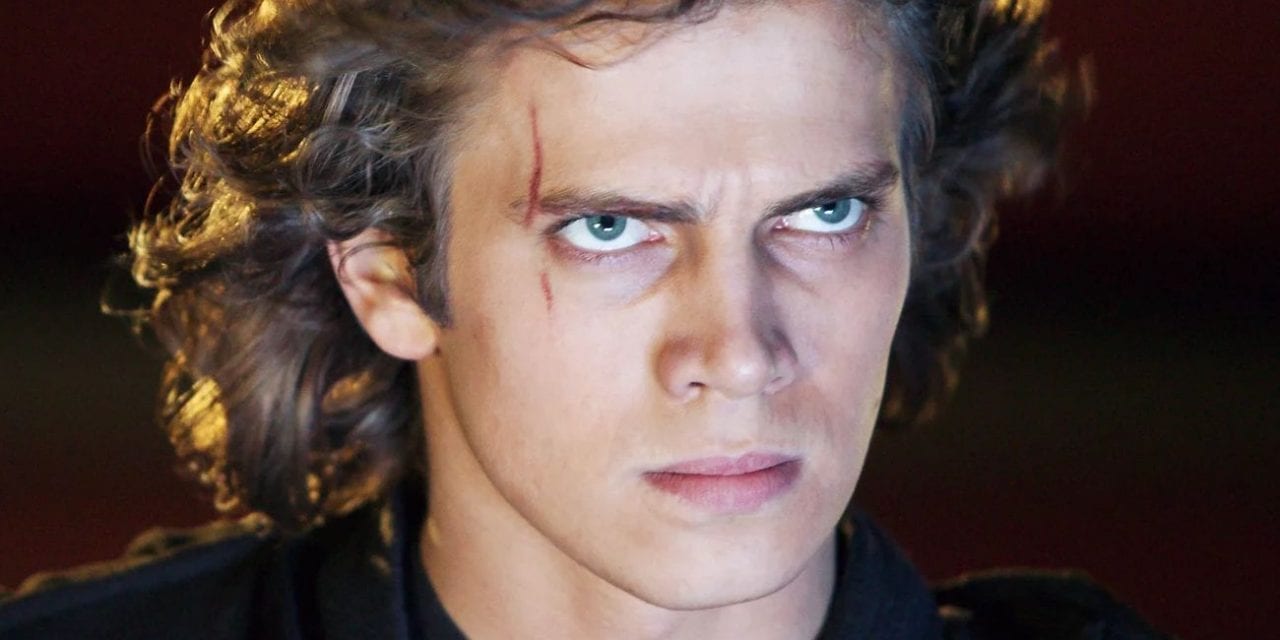 Anakin Skywalker is probably the most intriguing character in the Star Wars universe, with a character arc like no other. And even though people love him so much, and know almost everything about him, one question always arises, how did Anakin Skywalker get his scar?

Asajj Ventress, the aprrentece of sith lord Count Dooku, sliced Anakin near his eyes and left him with a permanent scar. This duel happened in between movies, in the comic named “Republic #71: The Dreadnaughts of Rendili, Part 3.”

George Lucas made three films to explain his origin and journey from a young, cheerful & innocent child to one of the greatest movie villains ever. And jet, some of the explanations had to come from comic books.

Anakin was a slave boy in the desert planet Tatooine who wanted to escape and travel the galaxy. When Jedi master Qui-Gon saw, he instantly realized that the boy was special.

Jedi masters believed that he was the chosen one; he would bring balance to the force. Jedi council did not permit him to train at the Jedi temple because he was too old, but master Qui-Gon decided to take him under his wings and train Anakin himself.

Qui-Gon, however, died before he could ever start Anakin’s training. So, his pupil Obi-Wan Kenobi decided to fulfill his master wish by training Anakin.

Anakin grew out to be a terrific young Jedi. He was impulsive and egotistical from the start, always laughing at the face of danger and never fearing anything.

He was susceptible to anger, hate, and fear from the beginning. We saw him struggling with these feelings quite a lot. It is ironic how he was supposed to bring balance to the force; instead, he went complete opposite and destroyed the peace in the galaxy.

How Did Anakin Skywalker Get His Scar?

Anakin had lost all of his limbs; he was mutilated beyond recognition, but still, the scar on his eye is one mystery that the fanbase wants to uncover. At the end of Episode I, he was completely fine, but then at the beginning of Episode III, there was a scar on his eye. The films did not explain how he got the scar. Still, the answer lies somewhere in the Star Wars universe.

Specifically, in one of the comics that came out in between these two films that showed Anakin fighting against Asajj Ventress, the apprentice of sith lord Count Dooku. She was trained in the dark side of the force and used to fight with two lightsabers.

At some point in a mission, he got into a lightsaber duel with Asajj. During the fight, she got the upper hand; she could have killed him but decided not to. To show off her skill, she sliced near his eye with the tip of the lightsaber and left him with a permanent scar. Eventually, Anakin won the fight leaving Asajj severely wounded.

This incident is not a part of the canon, these have been some continuity issues, but this is the best explanation and only information we have about the scar. This scar soon becomes meaningless Infront tragedies that were waiting for Anakin.

What episode did Anakin Get His Scar?

Anakin got his scar somewhere between Episode II and Episode III. It is not quite sure when but there was no scar in “Clone Wars”. At the start of “Revenge of the Sith” the scare was present near his eye.

Revenge of the Sith is set three years after Clone Wars. So, he got this scar in between these three years in a duel with Asajj Ventress.

How Did Anakin Lose His Hand?

In Episode II: Attack of the Clones, Obi-Wan finds himself on Geonosis, where he reaches by following a bounty hunter named Jango Fett. There Obi-Wan discovers a Separatist gathering that Count Dooku is leading. Count Doku is sith lord and apprentice of Darth Sidious, more commonly known as Palpatine.

Obi-Wan tries to send a message to the Jedi council, but droids attacked him, and he was very far from Coruscant. So he sends the message to Anakin, who was on Tatooine, who at the time was grieving his mother.

Padme insists Anakin to go to Geonosis to save Obi-Wan because they are closer to him than Jedi. Anakin refused to go because his mission was to protect her. Padme then decides to fly to Geonosis taking things to his hands, knowing Anakin will follow her to protect her.

Upon arrival in Geonosis, they face thousands of droids attacking them; they were captured quickly and brought to an arena to be executed where Obi-Wan was already present. Somehow, they manage to delay it until Jedi arrive with clones and obliterate the droid forces. Most of the Separatist leaders manage to escape.

Anakin and Obi-Wan follow Doku and get into a duel with him. Doku was the master of Qui-Gon and also a sith lord. Anakin and Obi-wan together were not even a match for him. Doku quickly knocks out Anakin while Obi-Wan tries to hold his own.

After some time, Anakin joins the battle again, and Doku cuts off his hand with a swing of his lightsaber. It was poetic that Anakin took his revenge by cutting both of his hands and his neck later on. Anyways Doku escapes to Coruscant, where he gives his master the plans of the Death Star.

How Did Anakin lose his legs?

In Episode III Anakin started to have nightmares and premonitions about the death of Padme. He loved her so much that he did not want to lose her. He had already lost his mother and he was seeking a way to avoid the death of his loved ones. He talked to master Yoda but he did not give him any satisfying answer.

Palpatine started taking more and more interest in Anakin, because he wanted Anakin to be his next disciple. He told Anakin that he could keep his loved ones from dying if he turned to the dark side of the force.

Initially Anakin was really hesitant under the influence of his Jedi morals and training. He finally gave in to his desire to have more power. Palpatine carried out his plan to kill every Jedi and he ordered Anakin to kill all the younglings, and he obeyed. When the surviving Jedi, Obi-Wan and Yoda, found out about that they were shocked and disappointed.

Obi-Wan told Padme everything and asked if she knew where Anakin was? She did not believe Obi-Wan and did not reveal Anakin’s whereabouts. After learning about that she travels to Mustafar and Obi-Wan hides in the ship. Anakin welcomed her and she asked him about his treachery. Upon learning the truth, she starts to back away from him stating she does not love him anymore.

When Obi-Wan emerges from the ship Anakin gets furious, he thinks they both made a plan to kill him. In agony he strangles Padme and knocks her unconscious. Then Obi-Wan and Anakin gets into a lengthy lightsaber duel on the volcanic planet.

Upon reaching at the higher ground Obi-Wan begs Anakin to stop and tells that he is lost. Being a hotheaded arrogant person Anakin does not listen and jumps towards Obi-Wan, resulting in Obi-Wan severing both of his legs and left arm.

Obi-Wan cries because of what Anakin had become, he was supposed to be the chosen one and he was very close to Obi-Wan. Obi-Wan takes his lightsaber, watch him engulfed in flames and leaves him for dead.

Padme dies in childbirth as Anakin had already foreseen. Ironically Anakin became the cause of her death, she had lost her will to live. Palpatine retrieves Anakin who was still somehow alive and have his body treated and covered in black armored suit and mask, truly becoming Darth Vader.

How Did Anakin Die?

Many years later, in the events of Episode VI, Luke Skywalker the son of Darth Vader, surrenders himself to Imperial troops. His plan was to confront his father and convince him to change and reject the dark side of the force. But Darth Vader had other plans of turning Luke to the dark side. He takes Luke to meet Emperor.

Palpatine tempts Luke to give in to his anger like he did to his father many years ago, Luke tries to attack Emperor but Vader stops him starting a duel between father and son. During the fight Vader senses that Luke has a sister, understands why Obi-Wan hid her identity from him and threatens to turn her to the dark side. After listening to this Luke gets furious and attacks Vader resulting in Vader losing his robotic hand.

Emperor tempts Luke to kill his father and take his place alongside him, but Luke refuses. Emperor get furious and strikes him with force lightning. Seeing Luke in extreme pain, Vader snaps and finally saves him by throwing Emperor down the reactor. Vader get mortally electrocuted in the process.

Vader asks Luke to remove his mask because he wanted to see his son with his own eye. Soon after Luke removes his mask Anakin Skywalker dies in his son’s arm.