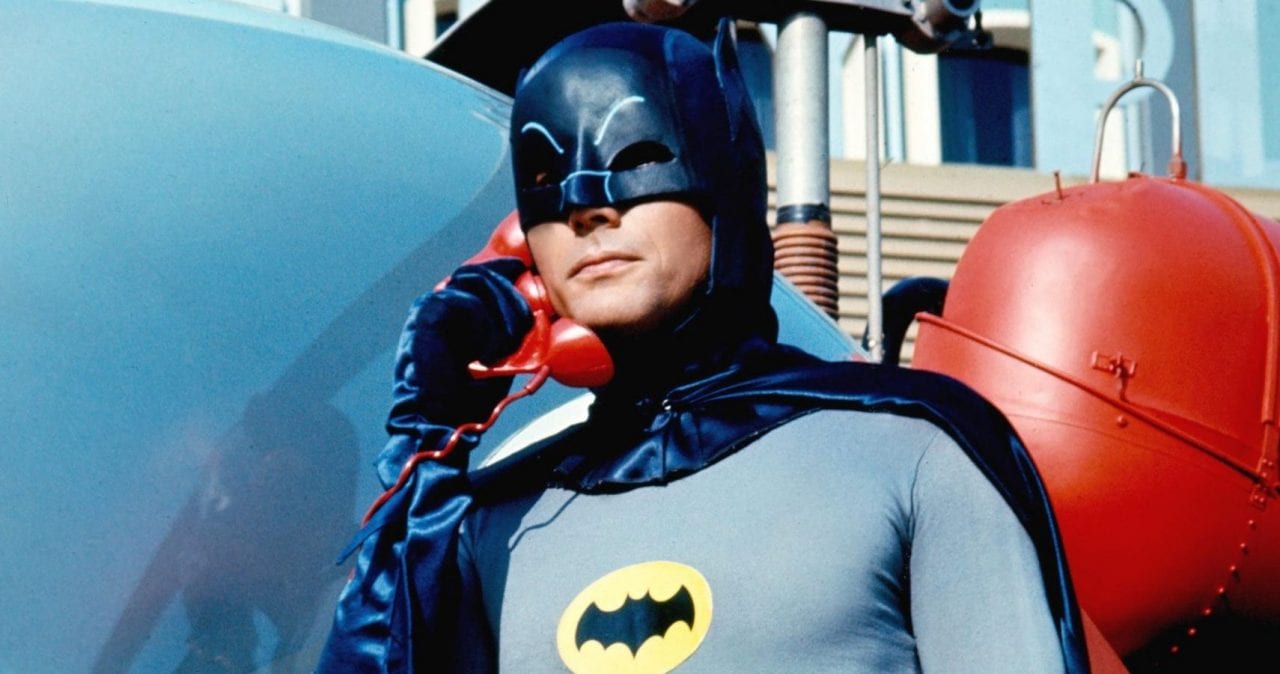 In the history of live-action adaptations of Batman, a total of nine actors have portrayed the Dark Knight (not including those who’ve only portrayed him as a child and those who’ve portrayed him in TV series and not in movies). Most of them have had at least two stints as the Caped Crusader, with some having more and some having just one stint. This article is going to be just one in our series on the Batman actors, where we are going analyse each actor’s tenure as the Dark Knight. Today, the topic is going to be – Adam West.

Adam West, one of the most famous Batman actors, played Batman in the 1966-1968 television series of the same name, as well as the 1966 tie-in movie and those are his only appearances in the role.

How many times did Adam West play Batman?

Adam West played Batman on two occasions. He was cast as the Caped Crusader in the Batman television series, which aired from 1966 to 1968 on ABC. The show had three seasons and aired a total of 120 episodes, in all of which West appeared.

Adam West reprised his role in the 1966 Batman: The Movie, which was a tie-in to the series and features the biggest characters from the TV show. He also voiced Batman on several occasions later in his career, but we’re not going to talk about these roles in this article.

When did Adam West play Batman?

Now that we’ve established that Adam West played Batman in 120 episodes of the TV show and one live-action movie, let us talk about those appearances a bit more.

The idea for a Batman television series appeared in the early 1960s, but it wasn’t until 1966 that the idea came into fruition. The original concept was decided between an espionage show and a campy action comedy, with the latter being the choice of ABC, who aired the show.

While pre-production was on, two sets of screen tests were filmed, one with Adam West and Burt Ward and the other with Lyle Waggoner and Peter Deyell, with West and Ward winning the roles of Batman and Robin.

The show was a big hit with ABC and Adam West became one of the most popular actors of his time. Batman faced a lot of different villains in the series, some of which were taken from the comics, while others were completely original. The show lasted for three seasons, with a total of 120 episodes and has become a cult classic adaptation of Batman.

The popularity of the television series resulted in a tie-in movie, where most of the cast – the heroes and the villains – reprised their roles. Adam West, naturally, returned as the Caped Crusader and put in another great performance that was completely on par with his TV show interpretations.

The movie has Batman and Robin try to stop a plan devised by the Joker, Penguin, Riddler and Catwoman, working together. The plot is resolved in the series’ well-known campy manner, with the good guys winning.

How were these appearances received?

Batman was an enormously popular show at the time, and both the critics and the fans loved Adam West and Burt Ward as the Dynamic Duo. It’s campy style and the general craziness of the show were in accordance with the time and it is completely understandable why the show was so popular.

Television critics Alan Sepinwall and Matt Zoller Seitz ranked Batman as the 82nd greatest American television show of all time in their 2016 book titled TV (The Book), stating that “West’s performance, the brilliance of which has required decades to be properly recognized, played as if series creator William Dozier and chief developer Lorenzo Semple Jr., had taken the establishment’s fantasy of itself and dolled it up in tights and a cape. The anarchic gangs of supervillains and henchmen that kept trying to capture or destroy Gotham City stood in for the forces of chaos that kept threatening to engulf so-called civilized America throughout the sixties, only made colorfully grotesque and knowingly silly.”

Initially, the film was quite well-received as it was on the same level as the very popular television series. Retrospectively, the film has also been praised by the critics, despite its campy tone that is irreconcilable with modern versions of the character.

Bill Gibron of Filmcritic.com gave the film 3 out of 5 stars: “Unlike other attempts at bringing these characters to life…the TV cast really captures the inherent insanity of the roles.” Variety stated in their review that “the intense innocent enthusiasm of Cesar Romero, Burgess Meredith and Frank Gorshin as the three criminals is balanced against the innocent calm of Adam West and Burt Ward, Batman and Robin respectively.”

How was Adam West received as Batman?

Adam West was well-received as Batman at the time and was extremely popular. Despite the campy, comedic element to the show, it was extremely popular and was the ultimate contemporary adaptation of Batman. Despite the character becoming darker and deeper as the years passed, Adam West’s interpretation remained in favour with both critics and fans, who still praise the performance and West as a great Batman.

For our other articles in the series, check out: Michael Keaton, Val Kilmer, George Clooney, Christian Bale, and Ben Affleck.