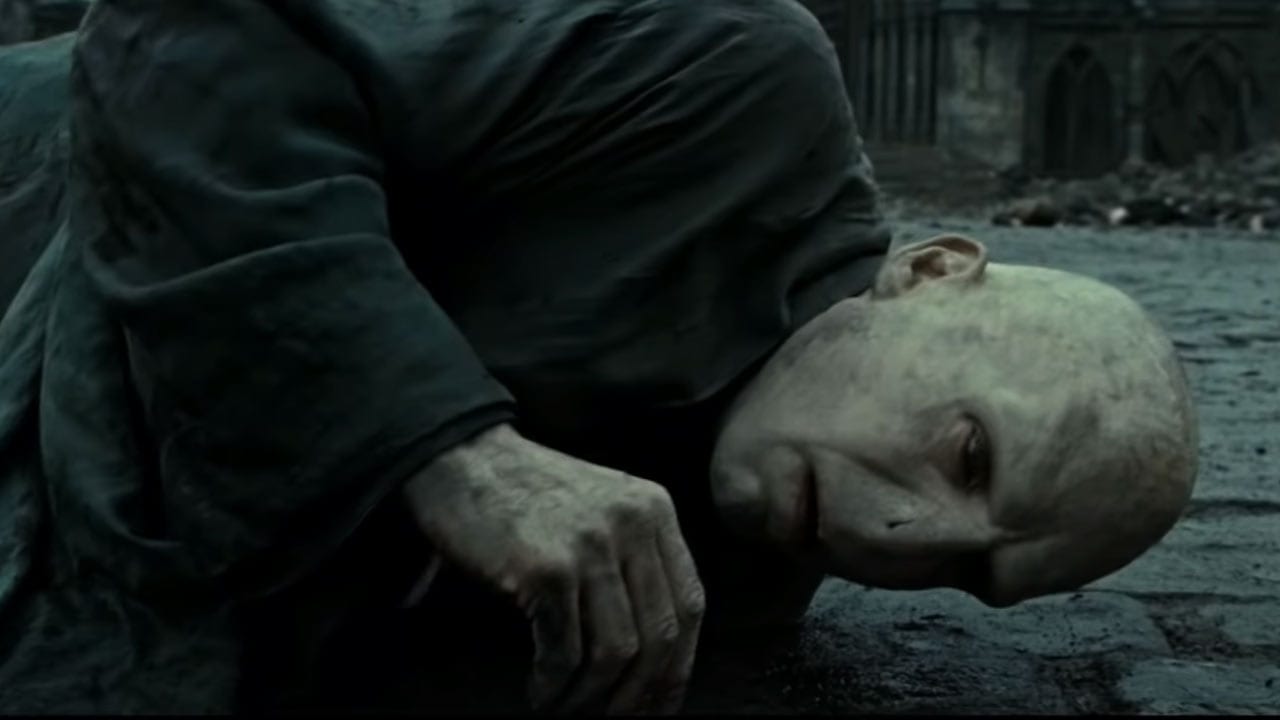 For most people, it is easy to determine the age based on their appearance. However, when looking at the main villain of the Harry Potter franchise this task will prove itself to be more difficult than anticipated. If you add the complications that occur due to Lord Voldemort’s regeneration it is understandable why most people find determining his age almost impossible.

When Lord Voldemort died during the Battle of Hogwarts he was 71 years old.

Given the fact that his age remains a mystery unless you look into the books, his relationships with other characters throughout the franchise remain unclear. If you would like to learn a bit more about this topic keep reading the article.

When did Tom Riddle become Voldemort?

Although this question is simple the answer is much more complicated. The source material does not offer one conclusive moment in which Tom Riddle Jr. became Lord Voldemort.

He himself took on the nickname sometime during his Hogwarts years. He became obsessed with discovering his origins and exploring both of his parents.

He knew that one of his parents was a muggle. Originally, Voldemort believed his father was the magical parent between the two.

He tried searching through the school’s trophies and records to find his father. After realizing that his father has never attended Hogwarts he concluded that his magic derives from his mother part of his family.

He started exploring his mother’s lineage and learned she came from the Gaunt family. After looking into it more he realized that he was a descendant of Salazar Slytherin, one of the four founders of Hogwarts.

This urged him to explore Slytherin further and he learned that he left a secret chamber inside Hogwarts, which would, once it was opened again by his true heir, cleanse the school of the impure blood.

This caused him to become even eviler than he already was and pushed him into exploring dark magic in more detail. During this time he gave himself the alias of Lord Voldemort.

Many take his first murder as the turning point. If we are going of off this, Tom Riddle became Lord Voldemort after he killed Moaning Myrtle.

This happened after he opened The Chamber of Secrets. Inside he found Salazar Slytherin’s basilisk. After taming the snake through his abilities in Parseltongue he led The Basilisk to kill her.

These events took place during his fifth year in Hogwarts. During this time he learned about Horcruxes. He decided that splitting his soul into seven pieces and creating six Horcruxes would provide him with the most protection.

Once he was confident he would be able to create a Horcrux he set his plan in motion and his first victim just so happened to be a fellow student.

Besides these two, people most often determine this transition through appearance. This may be a bit difficult to determine since Tom Riddle’s appearance changed slowly over time due to his creation of Horcruxes.

As he split his soul, his physical appearance started to change. At first, it manifested in smaller things like his cheeks becoming more hallowed and later progressed into bigger things, like his eyes turning red.

He assumed the appearance he is most known for after he lost his physical body. This is supported by the books as during the first time Harry and Lord Voldemort meet, his appearance is described as a terrifying face with red eyes and snake-like nose.

However, there is a bit of a dilemma regarding what caused this. Many seem to accept the theory that splitting your soul as many times as Voldemort did eventually reflect on the wizard’s physical appearance.

Another possibility is that this drastic change in appearance happened as a side effect of using the resurrection potion Lord Voldemort used to return to the world in a physical body.

How old is Lord Voldemort when he dies?

He was during the duel with Harry Potter. After explaining to Voldemort that he could not win this duel because Harry was the true master of the Elder Wand, both cast their spells.

The two spells collided and created a short-lasting Priori Incantatem. The Elder Wand refused to harm its rightful owner and removed itself from Voldemort which caused the Killing curse he cast to rebound and kill him.

Is Voldemort older than Snape?

Another character whose age people have trouble pinpointing is professor Severus Snape. Although he is not as old as Lord Voldemort people still struggle with determining his age in comparison to other characters.

Luckily, the books offer plenty of information about Snape’s age which makes it easy for us to determine how old he actually is. Snape was a part of the same generation most of the main characters’ parents are.

Snape attended Hogwarts with Harry’s parents and the Marauders. He started his first year at Hogwarts in 1971, which means he was born in 1960.

Lord Voldemort was born in 1926, which makes him 34 years older than Severus Snape.

Even though a great period of time separates the two, they are closely connected. After all, Snape became a Death Eater right after finishing his education at Hogwarts.

Due to how powerful Snape was and the extreme loyalty he displayed over time, he quickly became one of Lord Voldemort’s most trusted helpers.

He remained in this position until Lord Voldemort learned about the prophecy of a child that will cause his downfall. Although he was the one who informed Voldemort about the prophecy, he turned to Albus Dumbledore to ask for protection for the Potters once he learned of Voldemort’s plan to kill them.

After their death, Dumbledore requested he remains in the Deatheaters ranks to ensure he had a spy in Lord Voldemort’s ranks. He firstly did not want to do this but ultimately changed his mind out of his love for Harry’s mother, Lilly.

Are Hagrid and Voldemort the same age?

Because they are shown together in Hogwarts during a scene in the movies many believe Hagrid to be the same age as Lord Voldemort, however, that is not the case.

The two did cross paths while in school and Tom Riddle even cause Hagrid to get expelled. After Tom Riddle opened The Chamber of Secrets many muggleborn students got harmed. This culminated in the death of Moaning Myrtle.

That year Tom riddle request to stay at Hogwarts during the summer because he did not want to return to the orphanage he grew up in. The headmaster at the time, Armando Dippet had to deny his request.

He informed Tom that due to the recent event Hogwarts was deemed unsafe for its students and was to be shut down. Realizing that unless the culprit for the murder was found he would have to return to the orphanage, Tom set out to find someone he could blame.

Aragog was a magical spider who Hagrid got into his possession at the time he still did not hatch. He brought it to Hogwarts to study the egg further but it hatched.

Hagrid hid it in a cupboard and fed it food scraps to ensure its survival. Aragog, like others from his species had a taste for human flesh. This made Aragog the perfect subject to frame it as the Slytherin’s monster from the Chamber.

Upon this discovery, Hagrid was expelled from Hogwarts and the Ministry broke his wand forbidding him from using magic ever again. Dumbledor, who was a professor at the time, did not believe Hagrid was actually at fault.

He decided to keep Hagrid as a groundskeeper at Hogwarts and to keep a closer eye on Tom Riddle, who he had ever-growing suspicions on.

Before Aragog could be killed, Hagrid helped him to escape to The Forbidden Forest. Aragog stayed there until his death in 1997 when he was buried near Hagrid’s hut. Harry attended the funeral with professor Slughorn who used this chance to acquire some of its extremely rare venom.