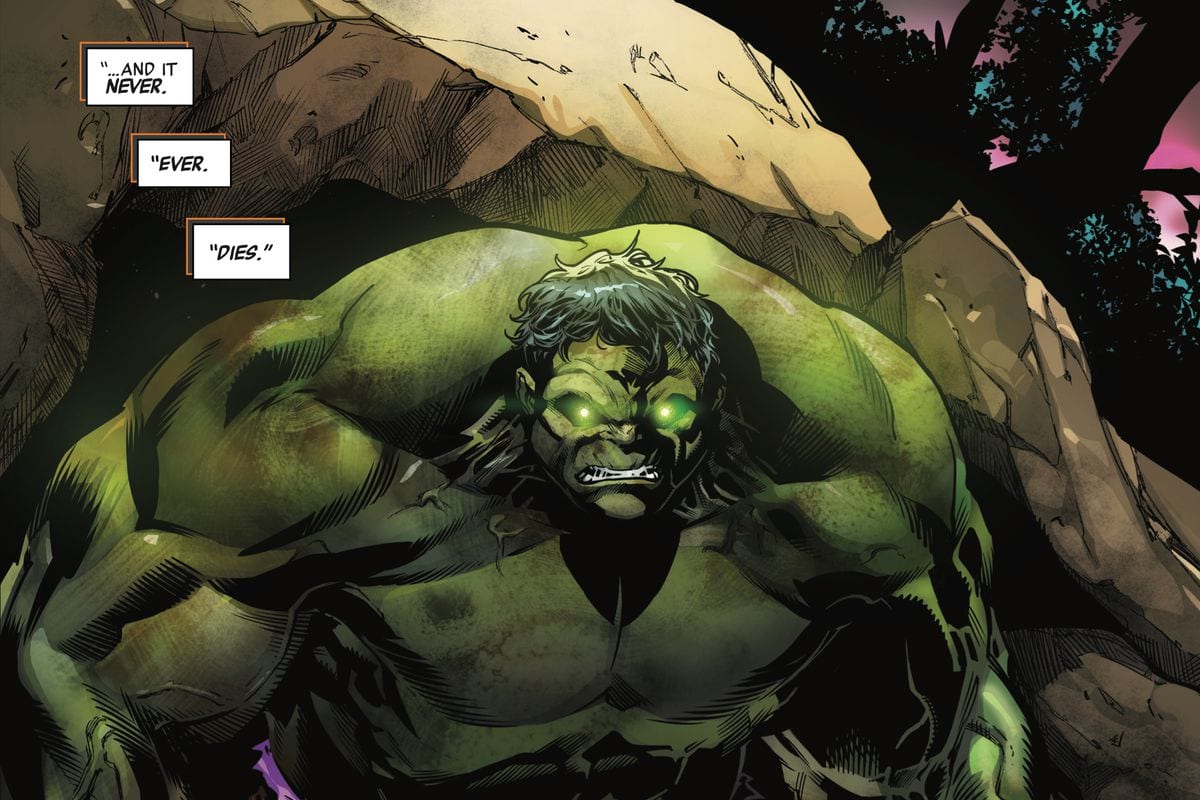 There are a lot of questions one might ask about the Hulk, one of Marvel’s best-known and most interesting characters. You can ponder about his powers, his abilities, his strength, how strong he is when compared to some other characters, but also some simpler question like why his pants don’t tear or how tall he is. The latter question is going to be the focus of today’s article, so if you ever wondered how tall the different versions of the Hulk are, you’ve come to the right place.

Based on the data we’ve gathered, Hulk’s height in different sources varies from 6’5” to an amazing 15”, which makes him one of the tallest Earth-based characters in Marvel’s universe.

How tall is Hulk in the comic books?

When the comic books are concerned, marvel.com lists the Hulk as being 7’6” (229 cm) tall. This is an official number and should be considered correct in lack of any other official evidence. But, the comics haven’t been all that consistent since Hulk’s debut in 1962 and have portrayed Hulk as being taller or shorter than his current, official height.

For example, Grey Hulk, the original version of the character that later became green, was 6’6” (198 cm) tall, which means that the character was initially envisioned as being much shorter than he is now. Still, as the years passed, the Hulk “grew” and at one point reached even 8′ (244 cm) in height. The Green Scar Hulk was 8’8” (264 cm), while the tallest version of the character – Immortal Hulk – was an incredible 10′ (305 cm) tall, almost as the Sasquatch.

How tall is Hulk in the movies?

There are several live-action movie iterations of the Hulk, with the first one being Eric Bana’s version from 2003. Incredible as it may sound, this Hulk grew throughout the movie, so we’ve seen three different “iterations” of the characters. Initially, he stood at 9′ (274 cm), then appeared as a 12′ (366 cm) tall giant and finally appeared as a 15′ (457 cm) creature that shocked everyone.

When Mark Ruffalo took over the role from Edward Norton and became the new MCU Hulk, the producers decided to change the characters height a little. This Hulk lost about half an inch and was around 8’5” (256 cm) tall, which made him the tallest among the Avengers, but still not as tall as some of his predecessors. This is also the adaptation that came closest to Hulk’s average height in the original comics.

How tall is Hulk in TV shows?

The Hulk had its own TV series that ran from 1977 to 1982. The show is today considered to be a cult classic, but it had a relatively low budget, which resulted in very low-quality special effects, as if the restrictions of the time weren’t enough. Lou Ferrigno portrayed the Hulk in the TV series and since the effects were as they were, the Hulk was only as tall as the actor himself.

Since Lou Ferrigno is 6’5” (196 cm), the Hulk was also 6’5” tall, which makes this the shortest iteration of the character ever.

What about the other Hulks?

As you might know, the Hulk can come in many different colours and not all of these iterations are connected with the character of Bruce Banner. Bruce Banner, himself, has been the Grey Hulk, the Green Hulk and the Blue Hulk, while the other colours were represented by other characters.

As for their heights, we are sad to report that these numbers are not available, save for the Red Hulk, whose height is listed as being 7′ (213 cm) by marvel.com. For the other colours, we’ll just have to wait for an official confirmation.

And that is the story of Hulk’s height. As you can see, his height has constantly varied in different materials, spanning from 6’5” to an amazing 15”, which is exceptional for an Earth-based character. Decreasing his height was a truly rare occurrence, while the often applied elevations of the numbers make sense from an in-universe standpoint. Namely, the Hulk doesn’t seem to have a predetermined size, which means that he can practically become as big as he wants; there probably is a certain limit, but this has never been revealed in any of the materials. Hulks size depends on the intensity of his anger, meaning that the angrier he gets, the bigger he becomes. This explains why he seemed bigger when fighting some tougher opponents. As for the other Hulks, we’ll just have to wait until Marvel officially confirms their heights.