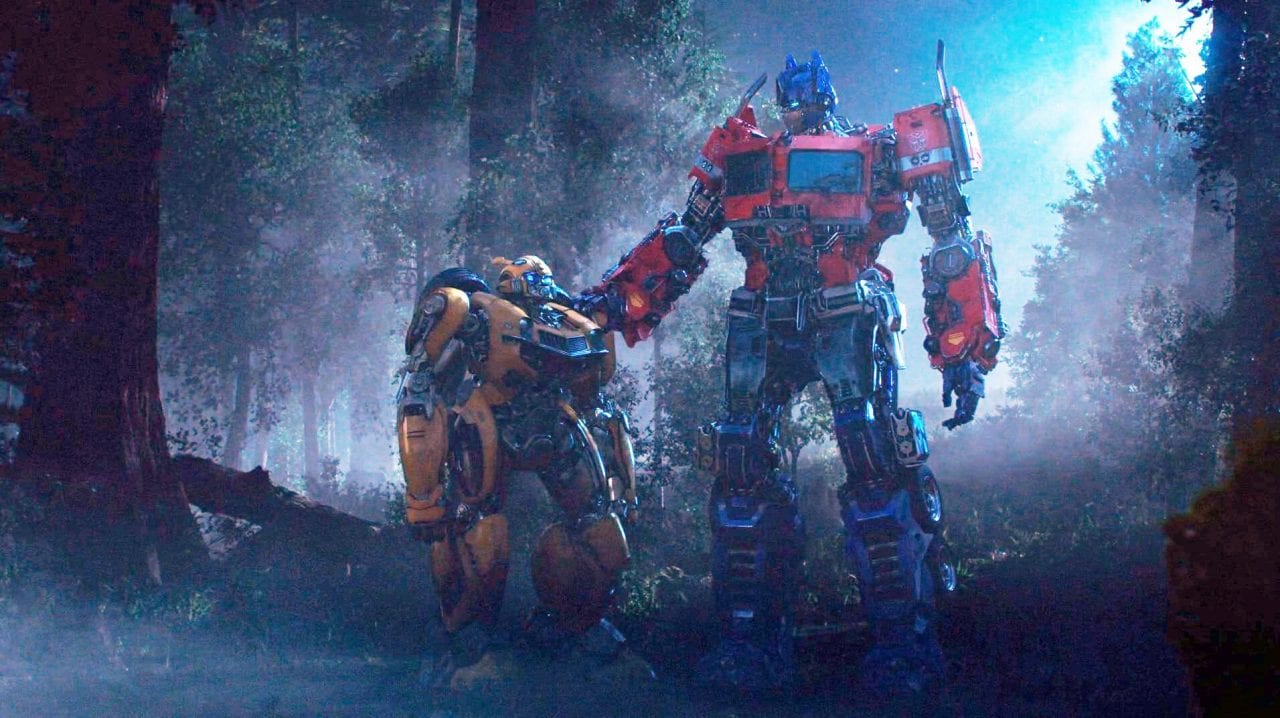 Parental and familial relationships are not the first things that are going to pop up in your head when you think about the Transformers franchise. They’re robots, they don’t have classical family trees, right? Well, you’re mostly correct if you assume that, but people still ask some interesting questions and we are here to answer all of them for you. One such question is – is Bumblebee Optimus Prime’s son? Keep reading to find out.

No, Bumblebee is not Optimus Prime’s son.

Bumblebee is a fictional character, a robot superhero appearing in several iterations of the Transformers franchise. The character is one of the prominent members of the Autobots, a group of sentient self-configuring modular extraterrestrial robotic lifeforms.

In most versions, Bumblebee is a small yellow Volkswagen Beetle, although since the live-action movies, he has appeared as vehicles inspired by several generations of the Chevrolet American muscle cars – with the live-action film versions being a yellow Camaro with black racing stripes. The original vehicle-mode design was based on a classic European Type 1 Volkswagen Beetle.

The character is named after the bumblebee, a black-and-yellow striped bee which inspired his paint scheme.

He is usually depicted the “little brother” of the heroic or protagonistic Autobot faction and somewhat of a mascot, constantly striving to prove himself in the eyes of the other Autobots—especially his leader, Optimus Prime. This often causes him to take risks that put him in danger.

Although a bit of a smart aleck, he is a capable and reliable messenger and spy, his small size allowing him to go places that his larger commanders cannot. He is highly fuel-efficient, has great visual acuity, and is particularly adaptable to undersea environments. He was later reconstructed into a stronger, more mature form as Goldbug.

Optimus Prime (formerly known as Orion Pax) is a fictional character, a robot superhero from the Transformers franchise, best-known as the leader of the Autobots.

He is a Cybertronian, a fictional extraterrestrial species of sentient self-configuring modular robotic lifeforms, a synergistic blend of biological evolution and technological engineering.

In almost every iteration of the mythos, Optimus is the leader of the Autobots, a faction of Transformers who are rivals of the Decepticons, another faction. He is defined by his strong moral character and is almost always portrayed as the primary hero of the story, opposing the evil Decepticon leader Megatron, who wants to rule their species by means of brutal force and tyranny.

He is generally depicted as having strong moral character, excellent leadership and sound decision-making skills, and possesses brilliant military tactics, powerful martial arts, and advanced extraterrestrial weaponry. Optimus Prime has a strong sense of honour and justice, being dedicated to building peaceful and mutually beneficial co-existence with humans, the protection of life and liberty of all sentient species.

He is generally depicted as being able to transform into a truck, although this has varied over the years to some degree.

We don’t actually know where this question came from, but no – Bumblebee is not Optimus Prime’s son. Practically every iteration – despite the exact circumstances – shows Bumblebee meeting Optimus at a later point in his life. There is absolutely nothing in the TV shows, the movies or the comics to suggest this, so we can be absolutely certain about our answer.

But, beside these pretty superficial remarks, there is little we can use to explain the interpersonal relationships between the Transformers. But, despite that, we know for sure that no such relationship exists between Bumblebee and Optimus Prime.

Who is Bumblebee’s father?

Seeing it’s definitely not Optimus, who is Bumblebee’s father, then?

The answer is again very simple – we have no clue whatsoever. Namely, no iteration of the franchise has ever revealed any information about Bumblebee’s birth and we have no clue who his father is, or even if there is a character that could be described as that.

The IDW comics did introduce a foster program for newly created robots, but that was not actual parenthood, rather just a mentor-protege relationship. In light of that, the comic Transformers: Galaxies #6 did reveal a character named Shutter to be Bumblebee’s mentor, but since we know absolutely nothing about Shutter, it’s quite possible that it was just a one-off cameo appearance.

Does Optimus Prime even have a son?

Another seemingly complex question, but with a very simple answer – as far as we know, he does not.

We’ve mentioned some examples where he had a sibling or a father, but there is absolutely no record of him ever having a son, or a daughter for that matter. While he might be a father figure to all Autobots, Optimus Prime is just a great leader, but he has not “created” any Transformer himself and therefore, we can say – with absolute certainty – that Optimus Prime doesn’t have a child, neither a son nor a daughter.