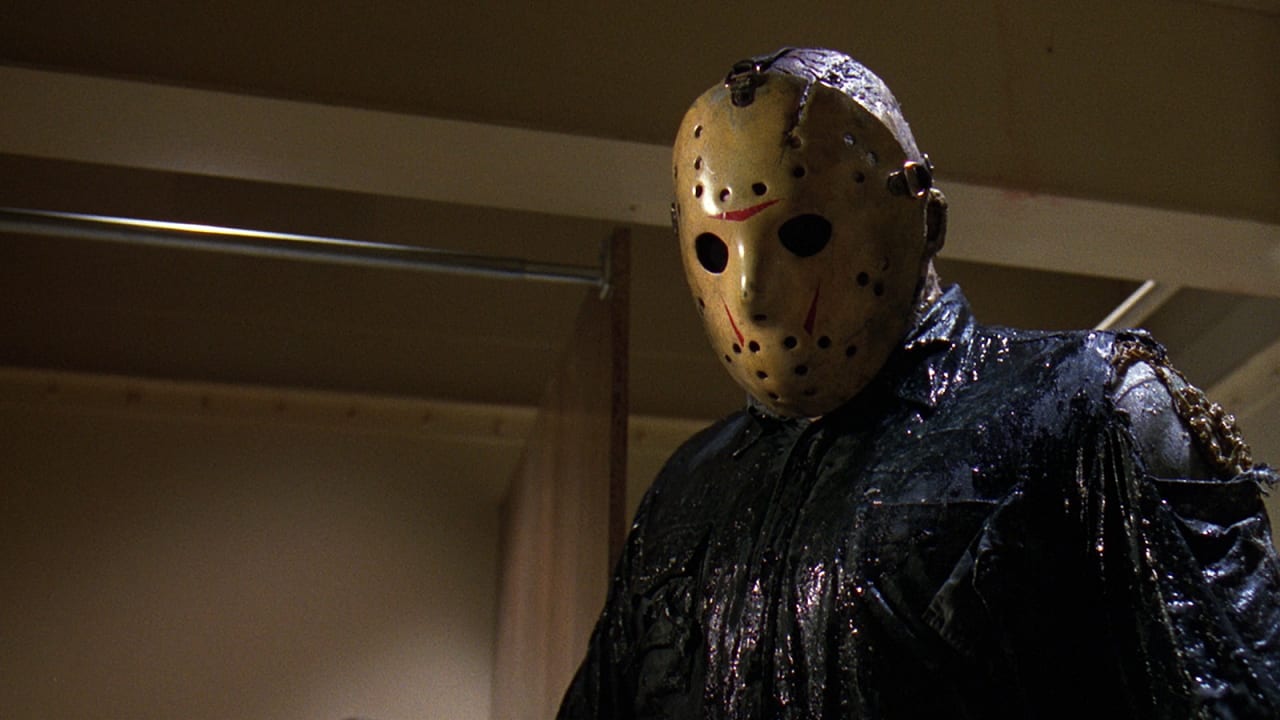 As the wildly known antagonist of the popular Friday the 13th franchise, Jason Vorhees is portrayed as a serial killer- a large man holding a machete and a hockey mask covering his face easily give off this impression. However, there seems to be a lot of confusion as to what Jason Vorhees actually is – Is Jason Vorhees a zombie?

Voorhees is a zombie unlike that normally described in film and literature, he is a revenant zombie. A being whose soul has entered the afterlife but has come back and reinhabited his former body to return to the mortal plane.

Imagine yourself walking down the street. It’s a dark night and the street lamps are the only source of light you can spot. As you turn the corner, you see a large and foreboding creature tearing apart a butchered body as if it were steak in the dinner table. Although his face is covered by a hockey mask, you spot in his hands a large machete covered in blood. It didn’t take long for you to turn around and start sprinting the other way as you think yourself, “Who is this man? No, WHAT is this man?”

In the literature, we find Vorhees to be a grown man. This is an interesting fact to point out as in his lore, Jason Voorhees died as a young boy. Although there isn’t a definitive canon that serves as a basis for reasoning out why he grew larger despite being dead, Parts 2 to 4 of the movie points out that he actually survived the time that the camp boys threw him into the lake.

In short, he didn’t actually drown. Perhaps he had washed up on shore, lived out in the woods for years in a hut as we have all seen in the second movie before returning to camp to which he had seen his mom’s decapitation. He was living off of wild animals and vegetation around the camp. When Tommy Jarvis supposedly finally killed him, lightning came down from the sky and brought back Jason, now as an undead monster- stronger and more durable than before.

From what we notice here, Voorhees didn’t start off as an undead monster but became one in the later adaptations of the film.

Additionally, Voorhees only became stronger the more often he was resurrected – similar to the old stories of Hawkman in which he was consistently reincarnated only to become stronger than before.

Technically speaking, Voorhees is undead. A lot of people seem to confuse the state of Jason Vorhees with that of a zombie. Although there is no universal definition of what a zombie is, the difference between being undead and a zombie is the same difference between a zombie and a vampire – while both creatures are technically dead, vampires are definitely not zombies.

Zombies, as depicted in movies and literature, are mindless, thoughtless creatures that lack a sense of self-awareness. As opposed to zombies, Voorhees can definitely think rationally. Multiple scenes in the movies show him placing forethought on his actions, choosing his targets selectively, and stalking the locations that they are in. Additionally, we can see that Voorhees actively roams around. A zombie would run around half-naked and guts all over the place without a care in this world. As we look at the history of Vorhees, he definitely has this sense of self-awareness that zombies lack.

Additionally, zombies generally don’t have any sense of fear or weakness. They neither show emotion nor remorse.

Although Voorhees definitely lacks empathy for other people, he definitely has emotions. Voorhees has a clear weakness to water, inspired by vampire lore as Tom Mclaughlin, the film’s director, had pointed out. It’s fitting for Voorhees to be afraid of water – he was thrown into the water and nearly drowned as a child so therefore, returning him to the place of such a traumatic experience would easily immobilize him. Additionally, it seems to me that a large portion of his motivation to murder is due to the murder of his mother, to whom he shared a deep bond.

Would an average zombie show such fear? I would think not.

A truly undead zombie would be mindless. Most zombies in films are functional but only at a sub-human level. Zombies, as portrayed in various films, are given enough feelings to feel hunger and the basic human instinct of hunting. As a creature, we find Jason to be one who is reminiscent of normal humans. He has kept all of his memories intact, neglects to eat human brains or flesh, and clearly shows agony and emotion over the loss of his mother. Jason is also shown to be extremely intelligent and high functioning, particularly gifted in the area of strategic planning despite his deformities. In Part 2, we find Jason restraining his victims to avoid detection, carefully and strategically stacking his kills in such a way that they all line-up and also murdering his victims in different unique ways, often getting to them in moments they least expect. Despite how Voorhees is supposedly a mentally handicapped individual, we can clearly see that the man has a skill in hunting and stalking his own prey.

Despite all the disparities between Voorhees and the classical definition of what it means to be a zombie, it has been stated that by the end of Part 6, Jason Voorhees has turned into what is known as a Revenant Zombie. Therefore, we can only classify him as one.

Despite Voorhees being a zombie, there still remains a way to kill him, correct? Well, yes, and no at the same time. Vorhees is blessed or cursed, however, you want to look at it, with the powers of resurrection and immortality. So while Voorhees can technically die, he doesn’t stay dead as he can simply resurrect right after. Additionally, when he resurrects, he becomes more powerful.

Although he is not completely impervious to damage, Voorhees has extreme durability, even taking full-on machetes to the head and still remain standing. Jason can be slowed down and tied up but to kill him would be an awfully large undertaking.

With his powers of immortality, Voorhees cannot age and any physical injuries or illness that would normally kill an average human would heal on Voorhees and won’t truly affect him. Why is that? It’s simply because as a Revenant Zombie, he now possesses the powerful ability to regenerate any lost cells and damaged tissue. In that sense, he can sustain heavy physical injuries such as via bullets and knives and come out generally unscathed. He also has complete immunity to all kinds of poison, virus, disease and bacteria. It takes a whole lot to kill Jason Voorhees.

Take, for example, what had happened in “Friday the 13th: The Final Chapter”. Jason Voorhess was hit and hacked multiple times by Tommy in the face with a machete. Was he killed? Yes. Did he come back from two films later after being struck by lightning? Also yes.

Even after he was sent to hell by Jessica Kimble with a Kandarian dagger, he was simply resurrected by Freddy Krueger at a later time.

So the question of “Can Jason Voorhees die?” doesn’t have an easy answer. As previously stated, Voorhees is an undead being and can therefore be resurrected multiple times. Perhaps a better question would be, “Does Jason Voorhees stay dead?”. To which the answer would be a resounding no.

How do you defeat Jason?

Vorhees is undead, there’s no doubt about that. We have also already established that Jason can be beaten, as we see multiple times throughout the film. A lot of the time, zombies are shown to be defeated through magical means or by stopping the spread of a “virus”.

As opposed to conventional methods of defeating a zombie, Jason cannot be truly defeated. He doesn’t “die” per se. Additionally, his rapid regenerative capabilities make it extremely difficult for individuals to tear his body apart and incapacitate him.

Therefore, the true way to defeat Jason Voorhees would be to restrain him, such as sending him back to Hell or placing him in a cryogenic chamber. Use any other method and it might not be enough to stop him.

In short, is Jason Voorhees a zombie? Well, not as normally portrayed in films and literature. Voorhees is an intelligent revenant zombie that is cursed to live forever via regenerative abilities. If you ever find Voorhees tracking you, hunting you, and chasing you down, just give up.