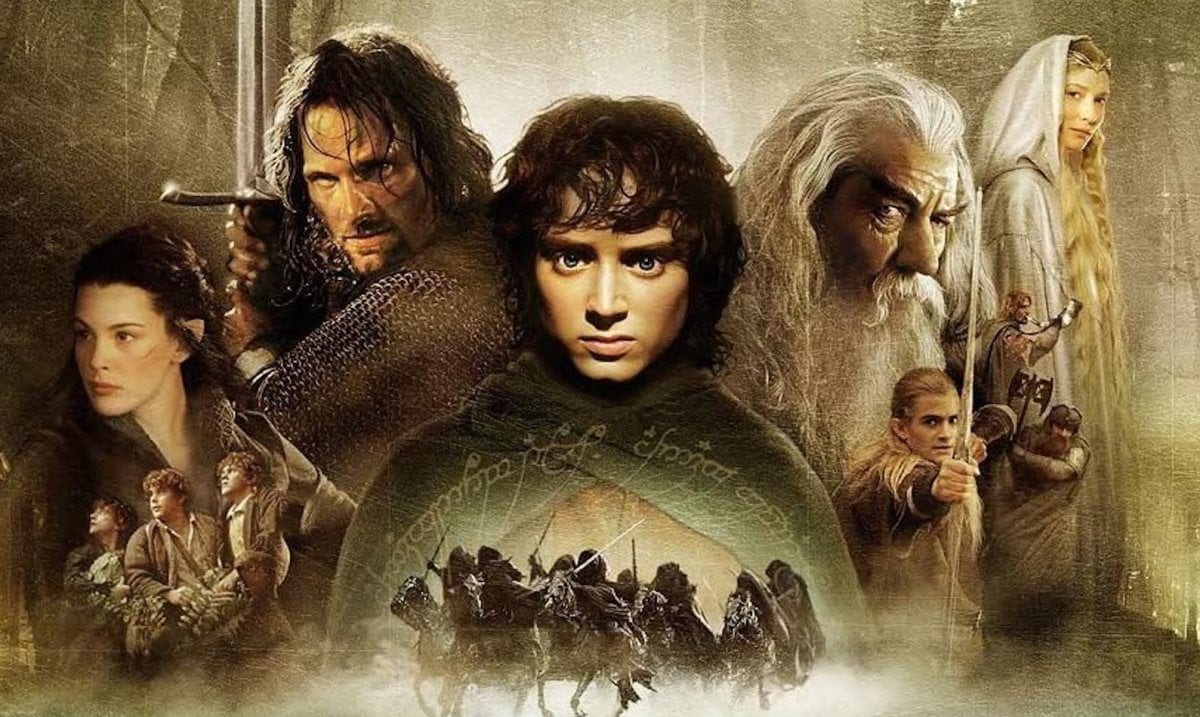 If you are asking for this question you are obviously looking for information about the fourth Lord of the Rings movie. And, while the answer at first looks quite simple, it really isn’t so much.

So let’s dive in because we will explain a bit where to go from the end of the Lord of the Rings movie trilogy, which ended with the movie The Return of the King in 2003.

The Lord of the Rings movie trilogy

The Lord of the Rings is an American fantasy adventure film series shot in three parts and shown in cinemas from 2001 to 2003.

The series is a film adaptation of the fantasy novel The Lord of the Rings, by J.R.R. Tolkien, which consists of three parts: The Fellowship of the Ring (2001), The Two Towers (2002), and The Return of the King (2003). The film adaptation follows the action of the novel, but there are also some deviations from the literary template aimed at retaining the dramatic charge, the broader profile of some characters (Arwen, Saruman) and the linearity of the action.

Main characters of the Lord of the Rings movie trilogy are:

Lord of the Rings movie trilogy won all sorts of awards and was nominated for a total of 30 Oscars, of which they have won 17, which is a record when it comes to movie trilogies.

After The Lord of the Rings trilogy, director Peter Jackson decided to make an adaptation of another of Tolkiens novels, The Hobbit. Even tho these movies were filmed after LOTR trilogy, they are actually prequel movies. So, the definite answer to the question is there a fourth Lord of the Rings movie is yes, there is, only it is not the fourth movie, but a prequel, and it starts new movie trilogy – The Hobbit.

It starts with the movie The Hobbit: An Unexpected Journey, which is a 2012 epic fantasy directed by Peter Jackson. It is the first part of a movie trilogy that was made based on the 1937 novel The Hobbit by J. R. R. Tolkien. The other two film sequels are called The Hobbit: The Desolation of Smaug and The Hobbit: The Battle of the Five Armies, which hit theaters in 2013 and 2014. Although the films were made according to The Hobbit, the plot itself was extended to Tolkien’s later works, especially the story The Quest of Erebor, which was posthumously published as part of the book Unfinished Narrative.

Set in Middle-earth sixty years before the events of The Lord of the Rings, the story of the film revolves around the hobbit Bilbo Baggins (Martin Freeman), who is called by adventurer Gandalf (Ian McKellen) to adventure through Middle-earth with thirteen dwarves led by Thorin Oakenshield (Richard Armitage) to return theirs Lonely Mountain that currently houses the dragon Smaug. The film premiered in New Zealand on November 28, 2012, and went into official cinema distribution on December 13 with mixed film reviews.

The screenplay for the film was written by Peter Jackson along with his longtime collaborators Fran Walsh and Philipp Boyens and Guillermo del Toro, who originally had to direct the film before leaving the project in 2010.

Hobbit: The Desolation of Smaug continues the journey of Bilbo Baggins with the wizard Gandalf and the thirteen dwarves led by Thorin Hrastostit on an epic mission to reclaim their lost kingdom of Erebor from the evil dragon Smaug.

After surviving the start of their unexpected journey, the group proceeds further east, encountering, by the way, the changing Beorn and a swarm of giant spiders in the dangerous forest of Mirkwood. After escaping from the captivity of dangerous forest elves, the dwarves travel to Lake-town and finally to Lonely Mountain itself, where they must face the greatest danger so far – a creature more terrifying than anything else, that will not only put temptation of their courage to the test but also by the limits of their friendship and meaningfulness of the journey itself, dragon Smaug.

Third Hobbit movie, The Hobbit: The Battle of the Five Armies, is the epic conclusion of the adventures of Bilbo Baggins, Thorin Oakwood and the Dwarf family. After taking their homeland from the dragon Smaug, the group unknowingly releases a deadly force into the world. The frenzied Smaug engulfed the helpless men, women, and children of Lake-town with a blazing fire. Obsessed, above all, with his newly acquired treasure, Thorin sacrifices friendship and the honor to get it as Bilbo’s panicked attempts to reason make him a hobbit with a desperate and dangerous decision. But there are even greater dangers. The great enemy Sauron sent the legions of the Orcs into a secret attack on Lonely Mountain, and no one saw it except the wizard Gandalf. As darkness looms over growing conflict, dwarves, elves, and humans must decide whether to unite or be destroyed. Bilbo finds himself fighting for his bare life and lives of his friends in the epic Battle of the Five Armies, while the future of Middle-earth hangs on a thread.

And with this, we come to the end of movie trilogies and only now we can say we gave you a correct answer to the question ‘is there a fourth ‘Lord of the Rings’ movie?’.

But, that is not all…

In November 2017, Amazon Studios acquired global rights to J.R.R. Tolkien’s Lord of the Rings books and announced its commitment to making a massive multi-season TV series exploring Tolkien’s Middle-earth before the events of The Fellowship of the Ring. However, that statement did not mean much given that the history of Middle-earth has been going on for thousands and thousands of years, especially with Lord of the Rings stories placed at the very end of the Third Age.

What we so far know about it is not much, but we will tell you a bit here.

It should be added that Amazon has already renewed the Lord of the Rings TV series for a second season.

It is confirmed that the Lord of the Rings TV series will run during the Second Age, but details on Amazon’s Middle-earth map – such as the inclusion of Numenor or the move of Mordor (as well as Barad-Dur) – suggest that the series takes place relatively early in the Second Age. more specifically between SAs 1000 – 1600. Given that, it seems like the series might focus on making Rings of Power, given the fact that Amazon started promoting the Lord of the Rings TV series by listing the lines from the Ring verse as well as the Rings that originated in that time period.

Furthermore, viewers could see the rise and fall of people in Numenor, including the founding of Mordor. Aside from the main story of The Lord of the Rings, one of the most important times in its history is the middle of the Second Age, which included Sauron’s rise and the Last Alliance of elves and humans. The last alliance war resulted in Sauron’s defeat, which was shown at the beginning of The Fellowship of the Ring. It eventually completed the second age and began the third age. As the Lord of the Rings TV series unfolds at the time of these events, viewers could see it unfold throughout the series.

The showrunners of the series are screenwriters JD Payne and Patrick McKay, who worked as screenwriters on Star Trek: Beyond movie, and will reportedly be assisted by a screenwriting room including “Game of Thrones” veteran Bryan Cogman and “Better Call Saul” screenwriter Gennifer Hutchison.

The series will be shot in New Zealand, just like Lord of the Rings/Hobbit movies.