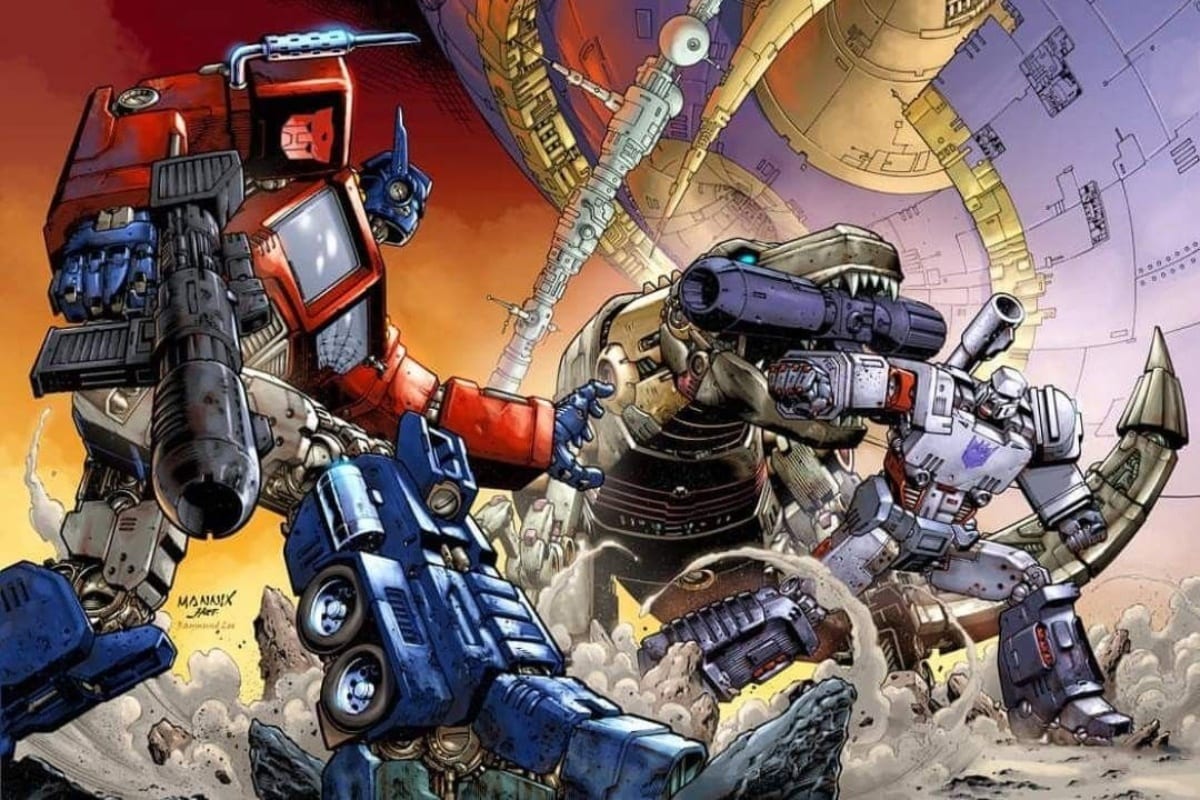 Our comparison takes us, for the first time, to the world of Transformers. The transforming robots now present one of the biggest pop-culture franchises and they certainly deserve the attention of us, here on Fiction Horizon. As is expected, our first comparison will be focused on the main protagonist of the franchise, Optimus Prime, and its main antagonist, Megatron. The two were allies at one point, but their bitter rivalry and their different worldviews now make up the focus of the whole franchise. So, who’s stronger? Keep reading to find out.

Despite different approaches to the characters throughout the history of the franchise, we can conclude that Optimus Prime is stronger than Megatron and would defeat him in a fight, as he did on so many occasions before.

Optimus Prime is a fictional robot and the protagonist of the Transformers franchise. Despite being only a fragment of the franchise’s ever-expanding mythology, Optimus Prime is practically the best-known Transformer – along with his rival, Megatron – and is today somewhat of a synonym for the whole franchise.

Optimus Prime is a Cybertronian and, in almost every iteration of the mythos, the leader of the Autobots, a faction of Transformers who are rivals of the Decepticons, another faction. He is defined by his strong moral character and is almost always portrayed as the primary hero of the story, opposing the evil Decepticon leader Megatron.

Optimus Prime, formerly known as Orion Pax, is usually depicted as being a member of an ancient Transformers race called the Dynasty of Primes, often receiving the title “The Last Prime” in many stories, in which he is depicted as being the last of the original Primes; this is sometimes identical to the role of the Thirteenth Prime. In the Transformers: Covenant of Primus, it was indeed established that Optimus Prime was the last born of the original Thirteen Transformers.

It was his unique spark and his inspiring reassurance that “All are One” that allowed the Primes to rally and succeed in their battle against the Chaos Bringer Unicron. When tragedy, at last, ended the era of the Primes and brought forth the new race of lesser descendant Transformers he alone chose to be reborn in the Well of All Sparks as one of them, but lost all memory of his former life.

He took the name Orion Pax and sought his way like any other robot on the new world, becoming Optimus Prime once more when receiving the Matrix of Leadership when Cybertron faced a new enemy in his former friend, Megatron and his army of followers, the Decepticons. This brings a Great War to their planet of Cybertron.

Analysing the powers of these two characters is not a very intriguing task since their powers are very similar. They might vary slightly according to certain iterations, but there’s really not much to compare here. But, we’ll do our best.

Both Megatron and Optimus Prime can transform into different objects. In most cases, Optimus transforms into a vehicle (usually a truck), while Megatron transforms into a weapon (generally a gun) and has to combine himself with some other Decepticons to be completely useful. In that aspect, in a one-on-one battle, Prime is more useful, since his transformation is stand-alone, but less practical, since a truck cannot do much in a fight (unless you’re Spielberg, of course).

As for their physical strength, they are pretty much equal. Both are enormously powerful and can take and give a punch, but when compared – they are mostly the same. The only difference is that Optimus is actually a Prime, meaning that his original powers (he has lost the memories of being the Thirteen Prime, if you remember) are far bigger than Megatron’s, but he doesn’t seem to have any access to them. This is why this category is also equal.

In the weapons category, Megatron seems to have the stronger arsenal (his cannons and guns are stronger than Optimus’ traditional pistol), but Optimus’ laser axe (or sword) is much stronger than Megatron’s laser morning star, which was frequently present in the G1 animated series. This means that Megatron would have a better position in a long-range fight, but Optimus is good enough of a fighter to neutralize Megatron’s weapons and give himself a better position in this fight.

So, what’s our conclusion? Their powers are mostly equal and the different iterations of the franchise have shown us that both of them can win at different points in time. They should be equal then, no? Well… not exactly.

Megatron is a villain and is, like most villains, driven by his aggression and his anger, which can cloud the judgement. Optimus Prime, on the other hand, has the greater good in mind and has a very firm moral compass, which is an advantage in such cases, because Optimus can think more rationally. In addition to that, we know that Megatron would kill Optimus if he could, without a second thought, while Optimus would generally not do that (okay, yes, he has, but more as an exception than as a rule).

Still, the number of situations where Optimus spared Megatron’s life was far more numerous than the situations where Megatron could’ve killed Optimus but failed to do so because of different reasons. Optimus Prime could’ve killed Megatron, but he chose not to, while Megatron wasn’t really able to do so. This is why we think that Optimus Prime is more powerful than Megatron and would ultimately beat him in a fight.

Because this topic is so interesting and the rivalry between Optimus Prime and Megatron is so important for the franchise, we decided to conclude our article with a short list of the 10 best fights between the two of them.

The list is going to include fights from different iterations of the franchise, with a short remark for each fight on the list:

Before we wrap this up, here is a video of the most epic fight between them, the one from the 1986 animated movie: