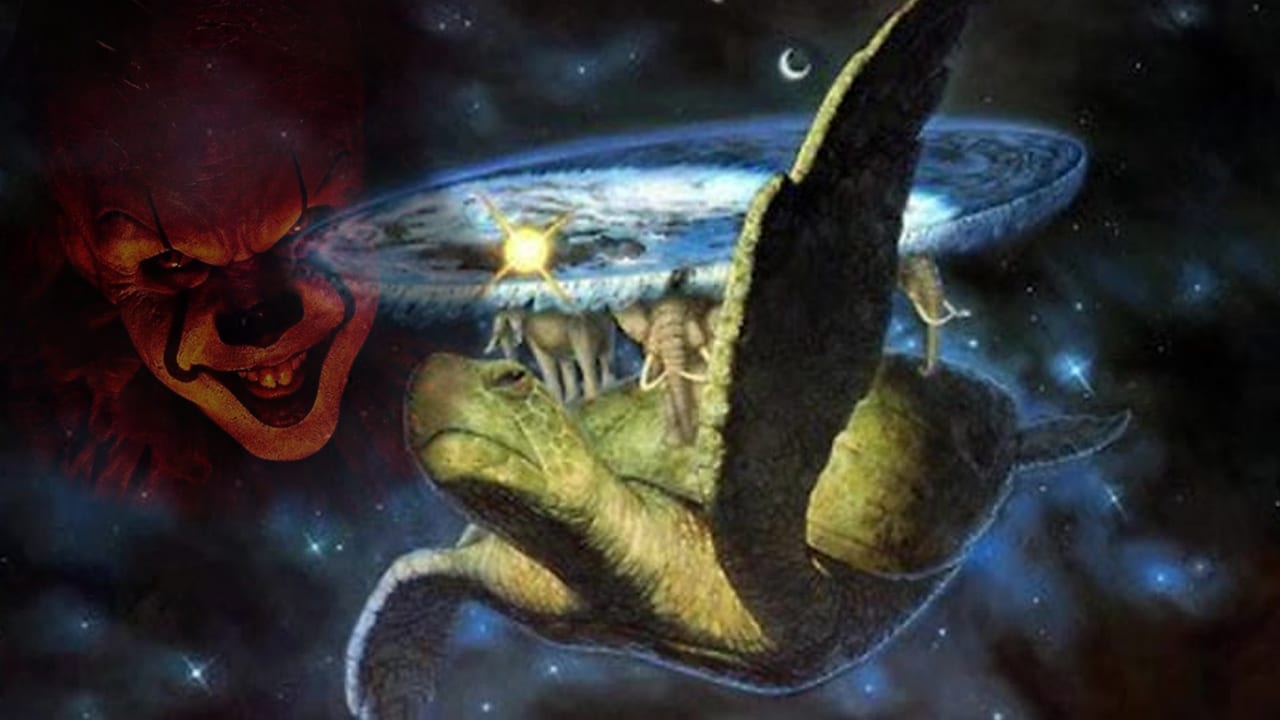 One thing is for certain, Pennywise is a terrifying monster. Aside from the creepy clown guise, he is also capable of manifesting as a person’s worst fear and this is what helps him hunt down children in the fictional town of Derry, Maine. However, unbeknownst to many is that Pennywise actually has an arch-enemy and this particular enemy is none other than Maturin the Turtle – yes, a turtle. In Stephen King’s novels, Maturin is described as a giant, benevolent, God-like turtle who accidentally created the universe when he vomited it after a stomach ache.

Additionally, Maturin is also responsible for maintaining balance in the Macroverse (a universe where he and Pennywise originated from). Meanwhile, Pennywise is a malevolent and nightmarish clown that uses a variety of supernatural powers to prey on children and in general, wreak havoc on the inhabitants of Derry. At first, it may seem that Maturin is puny compared to Pennywise and his arsenal of supernatural abilities; however, is that really the case? Is Pennywise really strong enough to take down a godly turtle? Furthermore, what makes these two as perfect enemies?

Maturin and Pennywise are polar opposites in the sense of creation vs. destruction. Maturin created the universe but Pennywise destroyed a piece of it (Derry and its people) with his powers. However, Pennywise’s abilities can only affect humans and only work within Derry and it is this limitation that ultimately makes him inferior to Maturin.

The two entities are undoubtedly very complicated and several sentences are simply not enough to explain them. Throughout this article, we will better understand the two by taking a deeper look into their strengths and weaknesses, a brief overview of their origin, as well as the chemistry between their rivalry. Let us begin with the most infamous of the two – Pennywise the Dancing Clown.

Who really is Pennywise and how powerful is he?

Before we discuss Pennywise, it is important to take note that the clown guise that we all recognize is actually exactly that – a guide. Underneath all that lies an evil and horrific cosmic deity named IT. IT was born in a dark void of the Macroverse. After Maturin accidentally created the universe, IT came to Earth and landed on what would eventually become the town of Derry. This is why IT’s abilities seem to only work within the boundaries of Derry; the town is essentially part and parcel of IT’s existence. Every 27 years, IT awakens from a long slumber and feeds on the town’s children.

To help itself with this, IT shapeshifted into the form of a prominent circus clown who performed in Derry to be able to lure his prey (since clowns are both scary and amusing to kids). As you may have guessed so far, yes – this particular clown is none other than Pennywise the Dancing Clown. For the rest of this article, we will just keep referring to IT as Pennywise.

Now that we know where Pennywise originated, how then did he gain his powers? What gives Pennywise “life“ is a complex and otherworldly form of energy called Deadlights. In simple terms, Deadlights are dark and evil energy that manifests as bright orange lights. Pennywise heavily depends on Deadlights as the source of his wide array of supernatural abilities and these are:

In spite of his powers, Pennywise is still limited by the laws of physics, meaning that he is still affected by physical concepts like friction and gravity. However, Pennywise’s greatest weaknesses are his immaturity, superiority-complex, and reluctance to accept said weaknesses. Pennywise prefers instant gratification and will do anything to get what he wants even if it is at the expense of mass destruction.

He is always under the illusion that he is greater than he really is and even calls Maturin as “old, lazy, and stupid“. He also thinks that humans will never be able to outmatch him and that he is too unstoppable; however, it is this complacency that led to his demise when the Losers Club, the protagonists of IT, reunited as friends (IT hated love and friendship) and used the Ritual of Chud to defeat IT.

Who is Maturin and what are his powers?

Maturin was created by Gan to be a guardian of one of the Beams of the Dark Tower. All you need to know about the Beams is that they are essentially support structures of the Macroverse (which was created in the first place by Gan).

Maturin is described as a gigantic, ancient-looking turtle with a very wise and kind personality similar to a grandfather. He is mostly a dormant being as he very rarely comes out of his shell. During the one time that he did come out of his shell, he unintentionally created the universe but quickly came back to his shell afterward. There is not much information about Maturin’s full list of powers in King’s novels.

What we do know is that Maturin was made formidable enough to become a guardian of a very important structure of the Macroverse and that he is capable of creating universes. We also know that Maturin can harm Pennywise through the Ritual of Chüd. Furthermore, Maturin is a pacifist and prefers not to meddle with whatever transpires in the universe. However, if the universe starts to lose balance (which is what Pennywise keeps doing), then and only then will he start interfering.

Due to the lack of information about him, it is hard to pinpoint exactly what Maturin’s weaknesses are. It can be inferred that Maturin’s greatest weakness is simply natural causes. For instance, Maturin, despite being an omnipotent entity, still suffered from a stomach ache and even vomited because of it. Maturin is apparently susceptible to death since Pennywise told Bill Denbrough (leader of the Losers Club) that the turtle died by “choking on a galaxy or two“. However, it is possible that Pennywise was just lying to prevent Bill from fighting him.

What is the connection between Pennywise and Maturin the Turtle?

When Gan created good Maturin, he also created the evil Pennywise. It was inevitable that the pair would end up as natural enemies due to their innate differences. Maturin and Pennywise are representatives of good and evil respectively. What connects the two together is the fact that they and their abilities are necessary for the balance of the universe. Maturin will create while Pennywise will destroy.

Who Would Win Pennywise or Maturin the Turtle?

Pennywise and Maturin are both undeniably powerful entities. Despite Pennywise having more abilities, these are only most effective when used against humans and furthermore, they only seem to work within the boundaries of Derry. Let’s look at it this way, while it is true that Pennywise causes destruction in Maturin’s world, he only harms a minuscule portion of that world and the volume of his destruction is only limited to that said portion. This limitation is what precludes Pennywise from ever being able to overthrow Maturin. Despite the lack of information about him, we can establish that Maturin is more than strong enough to defeat Pennywise due to his role as a cosmic guardian and his god-like characteristics. He was simply created that way to ensure balance in the universe.

If Pennywise and Maturin would engage in a duel, Maturin would win easily. Yet the only reason he has not done so is that he does not believe in direct confrontation and would rather only take action when the time comes.