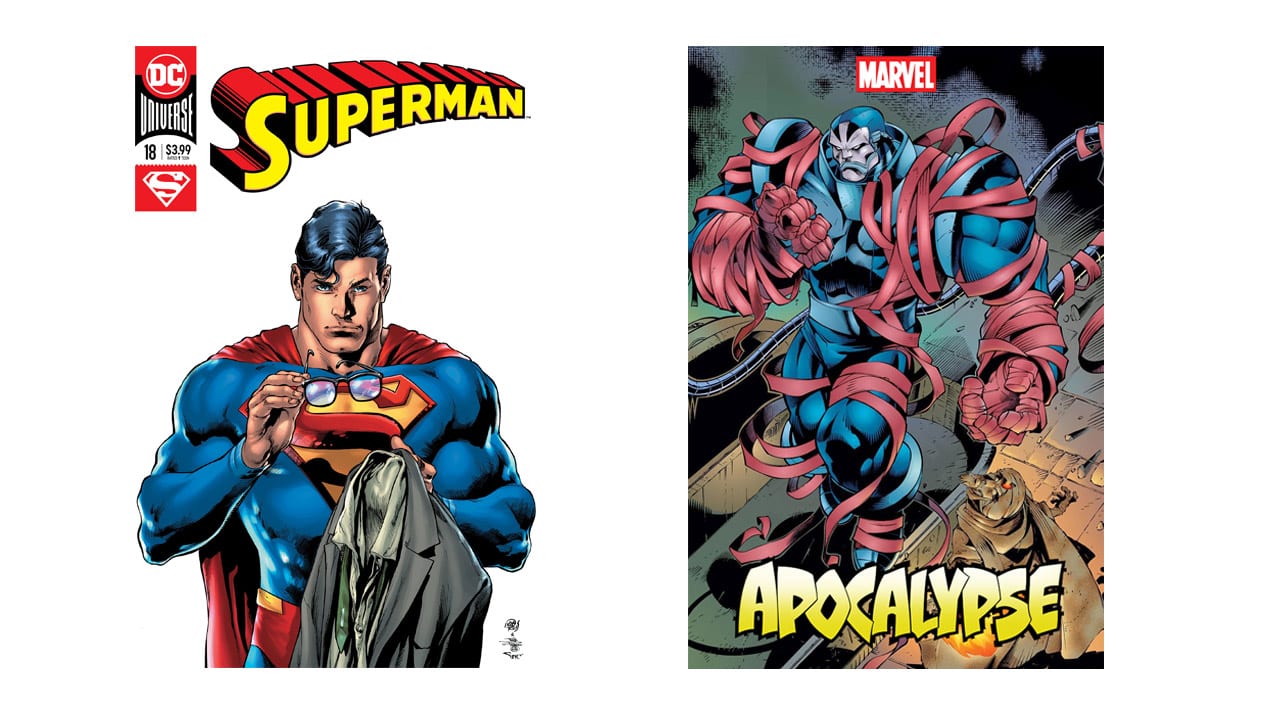 According to some, Superman is the most powerful superhero there ever was and there ever will be. And on the other side, we have Apocalypse, the first-ever human mutant. Who would win a fight between them?

If a fight broke out between Superman and the Apocalypse, Superman can defeat Apocalypse. It will be a close battle, but Superman would come out on the top due to his perseverance, foresight, agility, and past experience.

We all know Superman can adapt and self-improve. This might be his strongest suit in a fight against Apocalypse.

Superman might be the most prominent superhero figure of the last century, and he still is. People love him as he is indestructible, he possesses superhuman abilities, and he comes out alive of every clash. But he wasn’t always this way.

In the Gold age, Superman had no limits with his power. But in the Silver Age, the writers changed a few storylines to make Superman more relatable.

Superman made his debut back in 1938 with the comic Action Comics #1. Superman was born on the planet Krypton and named Kal-El by his parents. But Krypton was quickly descending towards a natural cataclysm that would destroy everything on the planet. Having no other way, Kal-El’s parents sent Superman to Earth in a small spaceship.

They loaded important information into the ship that will later help Kal-El to discover his true origin. The spaceship carrying Kal-El landed near Smallville. Locals Jonathan and Martha Kent found him and took him in. They gave him a human upbringing.

As a child, Kal-El wasn’t fully aware of his capabilities. But he soon discovered his origin and all his superpowers. The reason for his superpowers was mainly Earth’s vibrant, and flourishing atmosphere, and its weak gravity. Kal-El took up the name Superman and made himself a blue and red costume.

Superman was always protective of his true identity, fearing this would cause harm to his loved ones such as Martha, and Lois Lane. He lived in the fictional American city Metropolis. When Superman was not fighting crime, he worked as a journalist for the Daily Planet.

How powerful is Apocalypse

Apocalypse is a fictional mutant supervillain. He is one of the oldest and most powerful villains in the entire Marvel Universe. He was portrayed as the main antagonist for X-Factor, and later for the X-Men. He made his debut in the comic X-Factor #5 that was published back in May of 1986.

The main concept behind Apocalypse was to introduce a supervillain who would be equally powerful, if not more powerful, than Magneto. This is why, in the comic X-Factor #4 (May 1986), readers were given the hint that there is a supreme leader who is behind all the evil alliances. And in the next edition, Apocalypse was introduced.

Apocalypse was born in Aqaba. According to the comics, he was the first-ever mutant to be born on Earth. At birth, he was born with the mutant X-gene. He didn’t look like the natives of his planet. Instead, he had grey skin and blue lips. His people abandoned him. But luckily he was saved by Baal, who later named him En Sabah Nur (The first one).

Baal and Apocalypse moved to Egypt. Sadly, during that same time, the time traveler, Kang the Conqueror, came to Earth. He conquered major parts of Egypt and took the name Pharaoh Rama-Tut. He was aware of Baal, and the Apocalypse. He sent his army, and most trusted general Ozymandias to kill Baal and to capture Apocalypse.

Baal and Apocalypse were severely injured. Baal died eventually. But before he took his last breath, he revealed to Apocalypse the secret knowledge, and technology left behind by the deity-like-aliens. Apocalypse swore revenge on Rama-Tut.

He returned to Egypt in disguise. But as fate would unfold, he fell in love with Ozymandias’s sister Nephri. But she would soon get to see Apocalypse’s mutant body. After being rejected by Nephri, Apocalypse unleashed his true powers. This is when he took up the name Apocalypse.

When Rama-Tut realized he couldn’t fight back against the Apocalypse, he fled with his life. He took over Egypt and enslaved Ozymandias. It is then that he realized that he has stopped aging.

Superman vs Apocalypse Who Would Win

Superman and Apocalypse are a great match for each other. But who would win a fight between them depends on how much experience they have in terms of facing equally powerful rivals.

Superman has once defeated Doomsday, who is equally strong as Apocalypse. So if we draw an analogy, Apocalypse can defeat Superman.

We all know that Superman is highly vulnerable to magic. And Apocalypse has just that to offer. He has psychic powers that can manipulate Superman’s mind. We all know how that would turn out to be.

But given that Magneto defeated Apocalypse before, Superman has a really good chance of defeating Apocalypse.

Furthermore, we have seen Superman defeat Mageddon. This was a weapon developed by the ancient gods to destroy the entire universe. It was so formidable that even angels and gods feared its wrath. They even thought about leaving this universe and creating a completely new one from scratch. But Superman came to the rescue and defeated this destructive force.

We have also seen Darkseid taking a fair beating from Superman. And given that Darkseid is a multi-verse being, Superman can also take on the Apocalypse.

Superman has also defeated Nebula Man, which wasn’t any normal villain, it was an entire sentient universe.

So the scales are tipping towards Superman. But the odds of Superman winning against Apocalypse would be very tight, say, 4/5.