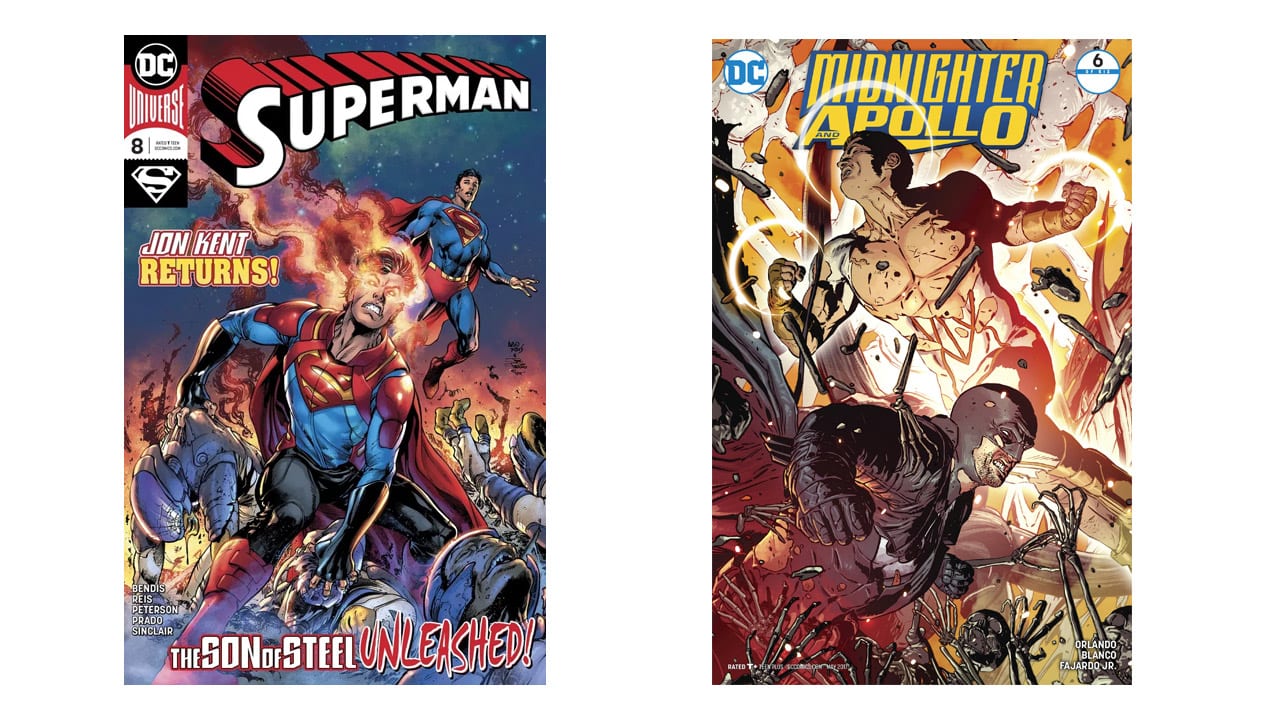 Superman is a one-man army. On the other hand, Apollo somewhat follows the Superman archetype. What would happen if a fight broke out between them?

If a fight broke out between Superman and Apollo, Superman would defeat Apollo. Thanks to his Kryptonian DNA, he can absorb immense energy from the Sun. And if he decides to not hold back, Apollo doesn’t stand a chance.

Before we look into what the outcomes would of a Superman vs Apollo clash, let us learn about these two popular DC superhero figures.

The DC Superhero Figure Superman was proven to be an instant hit with readers. Since he was first introduced back in the 1930s, in the first volume of Action Comics, he was a fan favorite. During the 1960s, there was no limit to what Superman could do. In the late 1970s, and 1980s Superman had no rival who could defeat him.

Superman’s powers were reduced significantly after the reboot by John Byrne. We got to see a new Superman from the crisis on Infinity Earths.

Superman came from Krypton. The body structure of any Kryptonian was thousand years more advanced than us humans. On their planet, they lived a normal life. But when they reached Earth and were exposed to the Yellow sun, they developed superhuman abilities.

Superman was the only Kryptonian who was exposed to the Sun’s radiation from a young age. He was sent to Earth on a spaceship when he was just a toddler. As a kid, he developed super speed, super strength, super senses, and super durability.

Along with the yellow sun, Earth’s weak gravity, and flourishing atmosphere were also the other important factors that made Superman develop superhuman abilities. As long as he was on Earth, and exposed to the sunrays, Superman is indestructible.

But as soon as he is placed on a Krypton-like planet, or ear a red sun, he would immediately see a reduction in his superpowers.

However, he does eat and drink because he prefers it that way. Moreover, at night when there is no sun, instead of waiting until the sunrise, he can eat thousands of Hamburgers, and recharge himself. This is exactly what happened in the Action comic #454. In it, Superman was gulping down 60 hamburgers a minute at McTavish Hamburgers.

How Powerful is Apollo

Apollo is a superhero from the DC universe who first appeared in the Stormwatch series, then he made appearances in the series The Authority. He is a distinguishable superhero as he is the first openly gay superhero figure in comics.

In Stormwatch, he has introduced a person whose identity was top secret. He was a part of the Black-ops Stormwatch team. Only Henry Bendix, the very first Weatherman knew of his existence.

Apollo and Midnihghter joined forces and were deployed as part of Stormwatche’s Black mission.

Just like Superman, Apollo has indestructibility, fight, and superhuman strength. Moreover, he can spit solar energy blasts from his eyes. In the comics, he was depicted as walking on the Sun. Now that is some feat!

Talking about similarities, just like Superman, Apollo’s body works like a battery. It sucks in the solar ray and turns it into energy. In the absence of sunlight, he loses all his superpowers. At first, he will start to lose his ability to fly, and slowly he will lose every other superpower he has. In the end, he will be stripped of all his superpowers, and be no more than a mere mortal.

However, as soon as he is in the Sun’s presence, he will start to regain his abilities. It will take him 20 seconds to regain the power of flight.

Moreover, just like Superman, he can survive in non-aerobic environments. When he is traveling through space, he doesn’t need to wear a suit that provides him with all the oxygen his body needs. Moreover, he also doesn’t need to drink or eat. However, he does it anyway, because he likes it that way.

Superman Vs Apollo: Who Would Win?

Apollo has a neural-inductive combat simulator in his head. This helps him to accurately predict the next move of his enemy mid-flight. This gives Apollo an edge. He can predict what Superman will do next. And as all Superman fans know, Superman is most vulnerable against magical, and psychic powers.

Even though this ability might not guarantee a win for Apollo, but he sure will be able to keep Superman busy. Moreover, as he can see the potential outcomes of a battle beforehand, he can adjust his moves to keep the outcome in his favor. So one point for Apollo.

Apollo and Midnighter are a formidable duo. They aren’t just part of a superhero alliance. But they are a couple. Over the years, as they fought side by side, and joined forces against some of the most powerful enemies, they got to know each other better. They know all about each other’s flaws, and strengths. If Apollos needs help to beat Superman, Midnighter will always have his back.

On the other hand, Superman has more powerful friends than Apollo does. He was the founding member of the Justice League, Teen Titans, and Justice Society. This means, if needed, he can call out to his friends and beat Apollo for good. One point for Superman.

Superman is a true strategist. He will make use of every resource available to him. Moreover, the bio-electro aura that sits around his body, gives him an advantage over Apollo. Another point for Superman.

And last but not the least, Superman tends to hold back. If he unleashes all his powers in battle with Apollo, Apollo doesn’t stand a chance.

So if a fight broke out between Superman and Apollo, Superman would win, but it would be a tough one. The odd is 4/5 in favor of Superman.