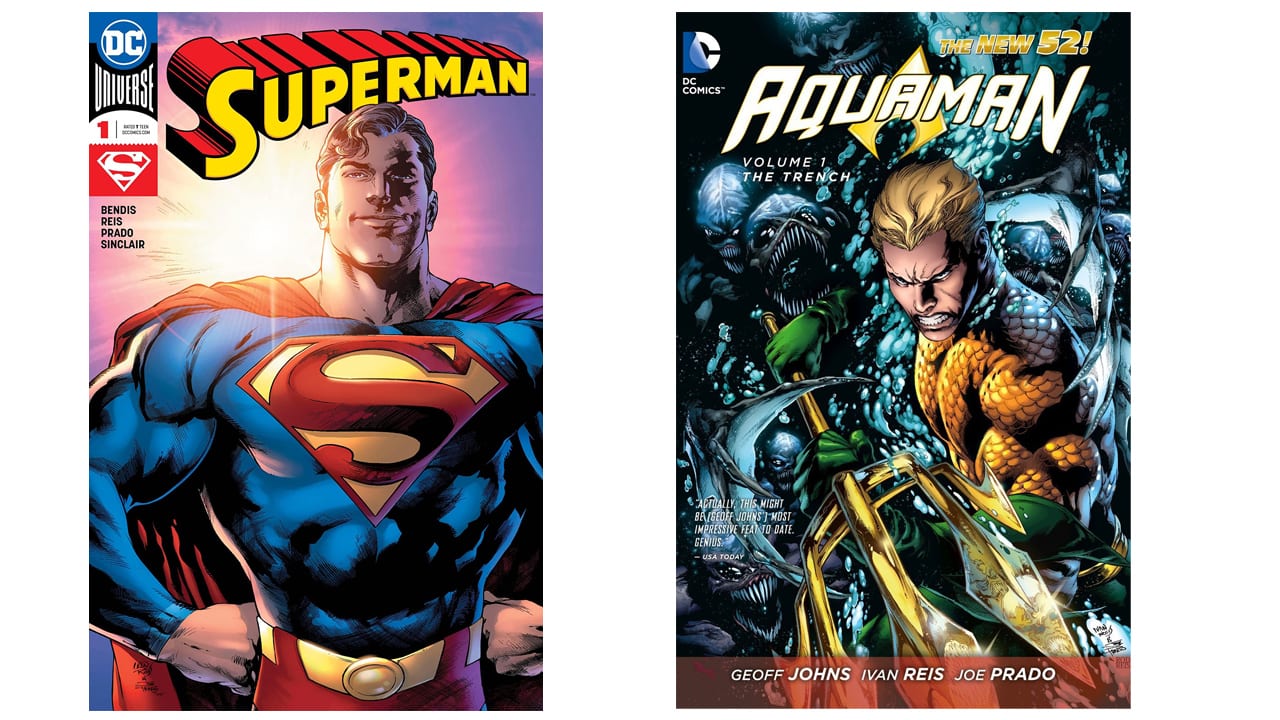 Aquaman and Superman are two founding members of the Justice League. They are equally popular and have their comic series. But are they a match for each other? Who would win in a fight?

In a battle between Superman vs Aquaman, Superman would defeat Aquaman. If Superman decides to unleash his full range of superpowers, Aquaman does not stand a chance.

But doesn’t Aquaman possess magic? Wouldn’t Superman be highly susceptible to his magical powers? Well, let us find out. We will first look into their background, and then we are pitting them against each other and find out who would come out on the top.

Who doesn’t know about Superman? He is the man of steel, a living god amongst us. He was first featured in Action Comics #1

in June of 1938. It received an enormous response from the crowd and as a result, Superman received a spin-off with its name. During that time, it was very unusual to feature a single superhero as the protagonist of an entire comic book series.

At the peak of its popularity in the early 1940s, Superman was selling a Million copies each month.

Superman came from the planet Krypton, light years away from our Earth. His parents named him Kal-El. Krypton revolved around a dwarf sun. The planet itself was reaching a natural cataclysm. Just before the planet was about to self-implode, Kal-El’s parents sent him to Earth in a spaceship.

On Earth, his spaceship landed in Smallville, a small American countryside. Local couple Jonathan, and Martha Kent were the ones to discover the spaceship. They adopted Kal-El and named him Clark Kent.

Jonathan and Martha gave Kal-El a human upbringing. They hid the spaceship in their barn. As a child, Clark was unaware of his true origins. But during his teenage, he started to realize he had superpowers.

His parents on Earth motivated him to use his superpowers for the best of Earth’s inhabitants. Also, a recording from Krypton shows his father who also advises him to be a bridge between humans, and Kryptonians.

How powerful is Aquaman

Aquaman was developed by Paul Norris and Mort Weisinger. It first appeared in the DC comic More Fun Comics #73,

that published back in November of 1940. During the Silver Age of Comics, Aquaman was depicted as a founding member of the Justice League.

, Aquaman was a regular character for the next fifteen years in that series. Aquaman

also got its first silver screen appearance back in 2018 as the sixth movie in DC Extended Universe.

The background story of Aquaman was revamped quite a few times. During the Golden Age era, we saw Aquaman as the son of a famous underwater explorer. He lost his mother when he was just a kid. His father used to take deep independent dives into the ocean. And one day he was lucky enough to discover, what he believed to be the lost city of Atlantis.

In that era, the source of Aquaman’s powers weren’t inherent but acquired through training. After Aquaman’s father discovered Atlantis, he built himself a watertight room there. He started exploring the manuscripts, and ruins of the once-great city, and slowly he discovered how a normal human can thrive under the water without having to come up and breathe.

But during the Silver Age, Aquaman was given a complete revamp. Aquaman was depicted as the son of the lighthouse keeper Tom Curry and Atlanta. Atlanta was an inhabitant of the lost underwater city Atlantis. Aquaman inherited his powers from his mother. As a child, he soon realized he could take long dives underwater, he had unimaginable swimming skills, and the ability to talk with underwater animals.

During the Modern Age, right after the Crisis on Infinite Earths, Aquaman was reintroduced again, this time we got to see him in a sea blue costume. During this era, we were also introduced to Aquaman’s half-brother Ocean Master.

In the year 1994, August, Aquaman got his comic book series with the same name. Aquaman #1- Aquaman #75 was scripted by Peter David.

Superman Vs Aquaman: Who Would Win

In one instance depicted in the DC comic The Drowning, Aquaman was taking repeated punches from Superman in the face. But he still kept on fighting back. So one point for Aquaman.

But Aquaman has one power that Superman has no defense for – his Trident of Atlan. DC comic lovers know that Superman is highly vulnerable against magic. And Aquaman has access to a lot of magical weapons, including his Trident, which, according to the director Zack Snyder, can cut straight through Superman’s skin. In the comics, we have seen Aquaman use his Trident to cut into the Darkseid’s body. One more point for Aquaman.

When comparing Superman vs Aquaman, it is equally important to consider where the fight would take place. If the fight takes place on land, Superman will get the advantage. He can fly up into the sky to dodge a blow from Aquaman. So one point from Superman.

On the flip side, if the fight takes place underwater, Aquaman would defeat Superman. Underwater, Aquaman is more agile, he is more powerful. We have seen him destroy entire ships, and submarines. So another point for Aquaman.

Aquaman also has an army of sea animals. So, he could easily take help from them in a fight with Superman. He could assemble a large army of giant squids, sharks, and even giant centipedes in mere minutes. So one more point goes to Aquaman.

So far, Aquaman is taking the lead. But we all know what Superman is capable of. If Superman decides to go all out on Aquaman, as he did in the comic Injustice

, he would quite easily defeat Aquaman. In that comic, he defeated an entire army sea creature to get to Aquaman. And when he did, he grabbed him by his neck and lifted him off his feet. And all of that happened underwater. So, three points for Superman.

And last but not the least, Superman would never harm his fellow mate from Justice League. Although Aquaman was also a founding member of the Justice League, he isn’t as protective of that alliance as Superman is. So the final point goes to Superman.

So here is the score Superman vs Aquaman 5/4. In a fight, Superman would defeat Aquaman, despite where the fight takes place, underwater or on land.