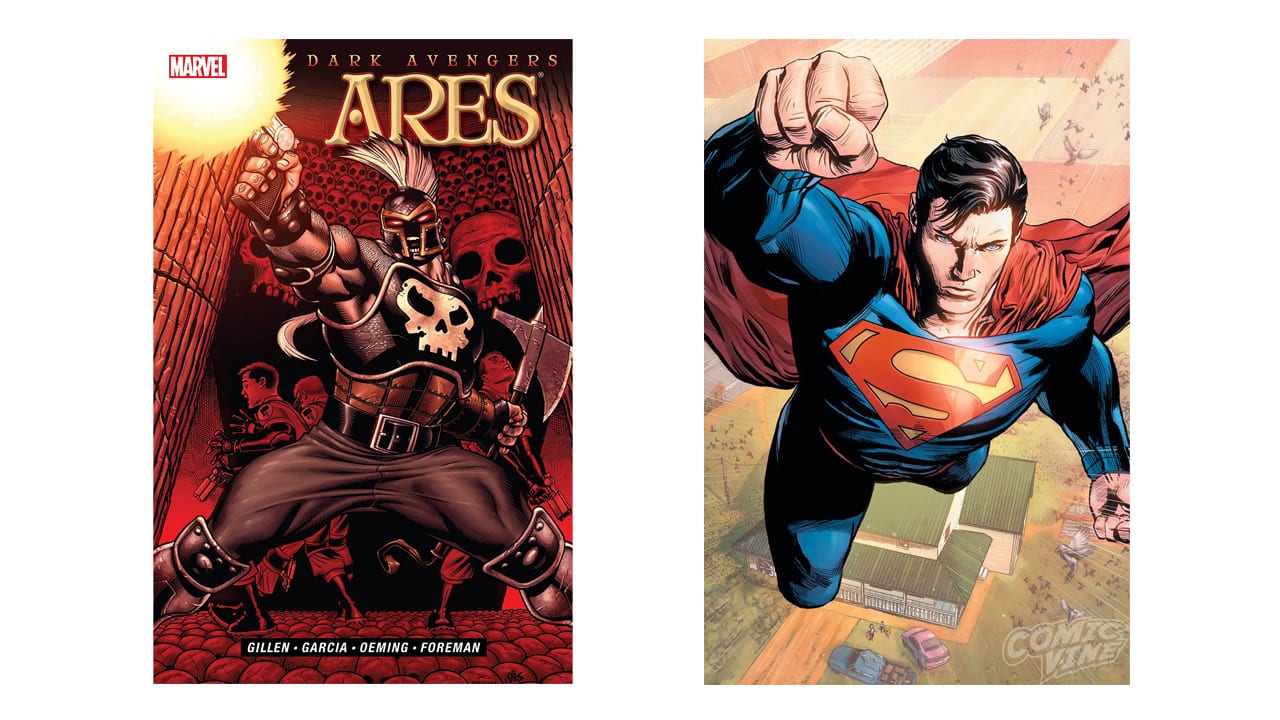 Superman is very close to God. In the movie Man of Steel, we saw him being treated as one too. People were worshiping him. But what if Superman had to fight Ares, the ancient God of war. Who will win?

If a fight broke out between Superman and Ares, Ares would defeat Superman. Superman is most vulnerable to magical powers, and Ares has just that. He can summon different enchanted weapons, and cast illusion spells.

The first part of this blog will look into the background of both Superman, and Ares. Then we will compare them against each other.

Who is Superman? Earth’s mightiest hero, the most powerful superhero of all time, and a living god among us.

We first got to see Superman back in 1938 in the comic Action Comic #1. The response from the audience exceeded the expectations of the publishers. This is why they decided to launch a solo comic book series for Superman alone. The comic series the Adventures of Superman ran from 1986-2006.

Superman is from Krypton. At birth, he was named Kal-El by his parents. His parents had to send him to Earth as Krypton was about to self-destruct. Kal-El was discovered by two Smallville locals, Jonathan, and Martha Kent who took him in and brought him up as their son.

As Kal-El was exposed to the atmosphere of the Earth, and its weaker gravity, he developed many Superman abilities. He could levitate, he could take off and fly around in space, he could jump higher than any man-made object. Furthermore, he could point a laser into his enemies and melt them instantly.

As far as strength is concerned, Superman can lift heavy objects, sometimes thousands of tons in weight. To prove his indestructibility, he has impenetrable skin. Whether you fire a gun at him or launch a rocket, he would come out of it alive, on both of his legs.

Just like how a planet takes the light from the sun and turns it into food, Superman absorbs radiation from the Sun and converts it into energy. This means he does not need to eat, drink, or breathe to survive. But he does it anyway to fit in with his community.

However, just like any other superhero, there is a major weakness of Superman, and that is Kryptonite. This greenish stone makes Superman vulnerable, and weak. In its presence, Superman is stripped of all of his superpowers.

How powerful is Ares

Just like the Greek god of war, Ares is also a formidable supervillain in the DC universe. Primarily he is the archenemy of the Justice League and Wonder Woman. Along with appearing in comic books, we also got to see him in the 2009 DC animated movie Wonder Woman.

However, he was mostly seen wearing a Roman Gladiator Armor, or a Greek Hoplite. Ares, or Mars, was the archenemy of Aphrodite. The rivalry between Aphrodite and Ares was also seen in their followers.

Aphrodite wanted to spread love. On the other hand, followers of Ares killed each other, often picking the weakest ones. They also engage in trading women in simple board games. Aphrodite created a new class of women, which she called the Amazons. They lived in a modern city called Amazonia.

On the other hand, Ares decided to establish his colony on Mars. Soon he turned Mars into his headquarters. He used to trade the souls of those who died in wars from different parts of the universe for natives of his colony.

Superman vs Ares Who Would Win

Ares and Superman have many similar abilities. As far as the flight is concerned, they are capable of maneuvering in any direction mid-flight, and also hover over one place.

Ares is a god and the most formidable son of Zeus. He was the one who started the War of the Gods. Zeus, his father, tried to stop him from wreaking havoc on earth by creating the Amazons. However, Zeus failed. Ares successfully defeated all of the old gods, but at the last second, he was stopped by the King of the Gods.

This proves how powerful Ares is. He is on a completely different level.

What is Superman’s biggest disadvantage? No, it is not the absence of the Sun. Superman is most vulnerable to Magic. There is no physical strength or force that can completely, and categorically kill Superman. But the right magic spell can.

And when it comes to Magic, Ares is the boss. As a God, Ares has access to a vast amount of magical energy. Moreover, he can use it to accomplish anything he desires. He can cast spells that can be put into nearly any effect Ares wants them to.

What if Ares decided to conjure up a bubble around Superman, inside which he can’t even move. How will Superman escape it? Unless a friend from Justice League comes and helps him, Superman’s fate is sealed.

Furthermore, Ares can summon enchanted weapons from Areopagus. This makes him even more formidable.

Now let’s talk about another of Ares’s super abilities. He can manipulate sentient beings by creating illusions. He can show his enemies what is happening at other places on the Universe using his cape.

And given that he is very convincing when he does that, Ares can manipulate Superman by showing him images of Martha, or Lois Lane in captivity. And we all know what Superman would do to avoid losing his loved ones. In the movie Batman Vs Superman, we saw how Lex Luther manipulated Superman into fighting Batman.

So, Superman has a dim chance of beating Ares. If a fight broke out between Superman and Ares, Ares would defeat Superman.