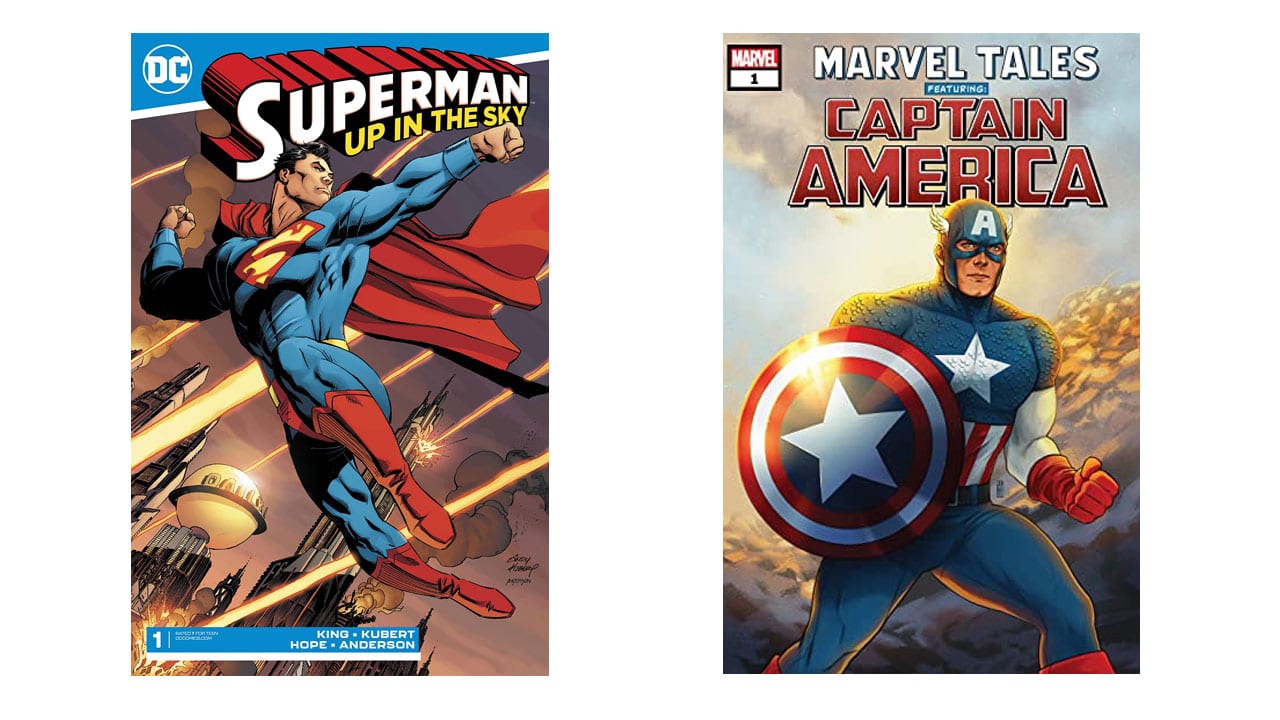 Superman and Captain America are two fan favorites. One is a DC character, and the other is from Marvel. They do have their similarities and dissimilarities. But what would happen if a fight broke out between them? Who would win?

In a Superman Vs Captain America battle, Superman would defeat Captain America. Worthy Captain America has his shield and Thor’s Mjolnir. But thanks to Superman’s lightning-fast speed, he can disarm Cap in a minute. Also, his laser and freeze vision are not matched for Cap.

In this article, we look at what would happen if Captain America went against Superman. But first, we look at their background.

Many people would argue that Superman is the strongest superhero in DC. We don’t know about that, but Superman is undoubtedly the most popular DC Superhero.

Superman appeared in multiple comics since his inception back in 1938. He was introduced to the world in the issue of Action Comics #1 in June of that year. The response from the audience was spectacular, which motivated the DC team to launch Superman’s line of comics starting from the Summer of 1939. This was not a common practice back then.

Superman was born on the planet Krypton. His parents named him Kal-El. Krypton self-imploded soon after he was born, which made his parents send him to Earth. Kal-El made it to the Earth unharmed, but his parents died in the explosion

Superman’s ship was discovered by Jonathan and Martha Kent in a small American countryside named Smallville. His parents on Earth gave him a human upbringing and instilled compassion, and sympathy for all living creatures.

Kal-El would have lived a very normal life back on his home planet Krypton. But as he was exposed to the radiation from the yellow sun, and he breathed the flourishing air on Earth, he developed superhuman abilities.

He can fly at FTL speeds, can shoot a laser from his eyes, lift objects thousand times heavier than him, go without drinking, and eating, and most importantly, always finding a way to defeat his enemies.

Along with appearing in many comics, Superman was adapted for the silver screen as well. From 1978 to 2020, we got to see many solo movies, starring different actors taking on the role of Superman.

How Powerful Is Captain America?

Captain America is a superhero figure from Marvel comics. He was created by Joe Simon and Jack Kirby. He made his debut back in 1941 with the issue of Captain America #1. During the initial phase, he was portrayed as a patriotic super-soldier, who fought alongside the American Army.  He was often depicted fighting the Axis Powers (Japan, Italy, and Germany).

Captain America’s biggest strength is his armor. It is made out of indestructible metal. Captain
America uses it to shield himself from oncoming blows, and he also throws it at his enemies as a projectile.

Captain America’s real name is Steve Rogers. Steve aspired to become a commanding military officer for the American Army. But sadly his physical attributes were not a fit. He was short and fragile. But luckily, he was spiced for a secret experiment carried out by the USA Government. Serum, a chemical compound, was injected into the body of Steve Rogers.

The experiment aimed to give the USA a new weapon for fighting World War II. Their plans were a success. After the experiment, Steve gained many superhuman strengths. He helped the USA win the war. But unfortunately, right after the war, he took part in another experiment.

This time, he would fly in a Drone over the North Atlantic Ocean. The drone crashed into the sea, and Captain America was frozen in a state of Suspended Animation for the next few decades.

Along with comics, Captain America was adapted for the movies several times. We have got to see him as part of the Marvel Cinematic Universe, and appear in movies such as Captain America: Civil War  (2016), The Avengers: End Game (2019), among others. But he first appeared on the silver screen back in 1944 with the movie serial titled Captain America.

Superman Vs Captain America: Who Would Win?

Now that we know who Superman and Captain America are, let us dig right into the comparison.

Both Superman and Captain America have one thing in common. They are the embodiment of good. They have a superior moral standard, and they would not engage in a fight if they can avoid it. Moreover, they stand for their friends and the betterment of the world. So one point each both.

Captain America has alliances with many powerful superheroes, such as Iron Man, Thor, Hulk, and so on. He could easily team up with his buddies against a fight with Superman. This might give him an edge, but Superman alone can tackle them all, given that he is not holding back on his powers.

Also, Superman has great friends too. He is part of the Justice League, Teen Titans, and Justice Society. He is friends with Wonder Woman, Aquaman, The Flash, Batman among others. So if both Superman and Captain America took help from their allies, Superman would have the upper hand.

The only way Captain America can defeat Superman is if he manages to get his hands on Kryptonite. In the movie, Batman vs Superman, we saw how Lex Luther figured out Superman’s weakness and found a block of Kryptonite. Given Captain America’s leadership, planning & analysis skills, he could easily figure that out too.

The one thing that makes Superman invincible in front of Captain America is his ability to absorb power from the sun and boost his energy levels. Even if Captain America borrowed Thor’s hammer, Superman would find a way to defeat him.

And lastly, Superman can freeze vision. He could easily freeze Cap. He would then be trapped in ice just like he was after World War II.