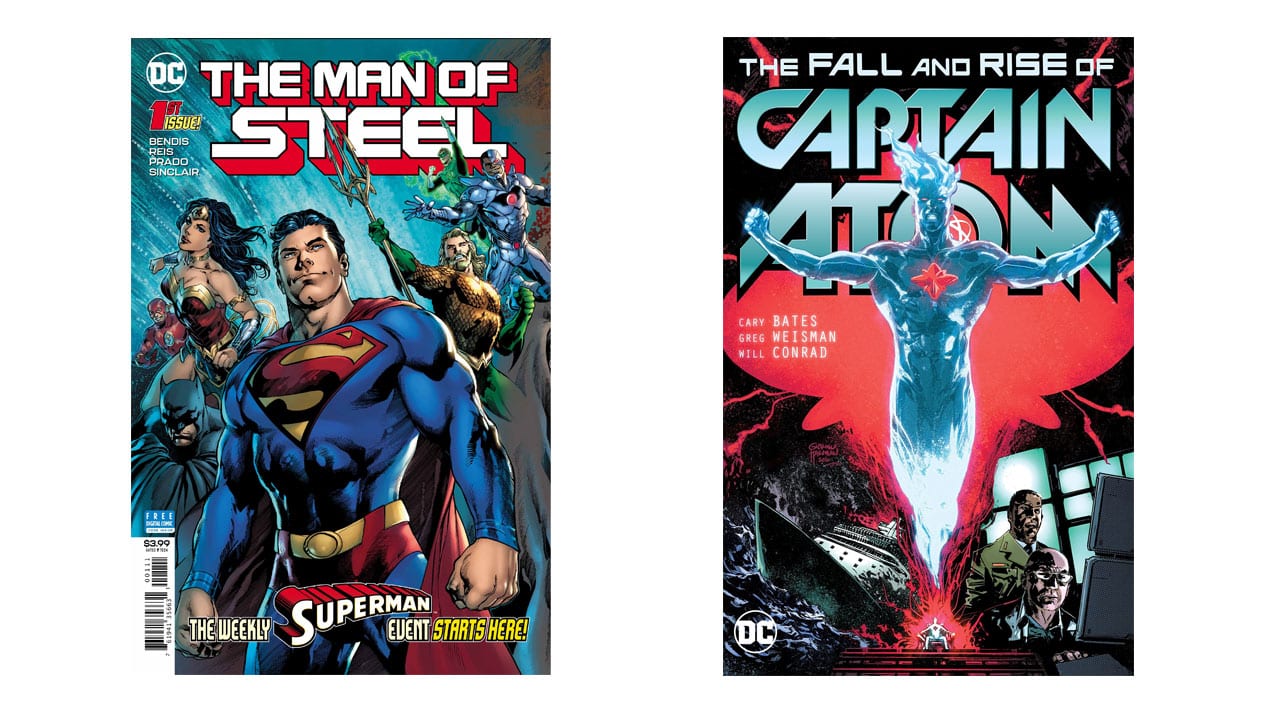 Before we proceed, we will first take a look at the background story of Superman, and Captain Atom.

Why is Superman so popular? Despite being an alien on Earth, Superman has human values. He came from the planet Krypton, the same planet General Zod came from. They both have Kryptonian DNA. On Krypton, their DNA does not do anything special. But when they are exposed to the yellow sun’s radiation, they develop many superhuman abilities.

Superman was raised by Martha, and Jonathan Kent. Just before his home planet exploded, he was sent to Earth by his real parents. His spaceship landed on Smallville, a small town in America. Upon arrival, his parents on Earth named him Clark Kent.

As a young boy, Clark was unaware of his true origin. He thought he was weird and always struggled to fit into his surroundings. But as he grew up, he started discovering superhuman skills that no one else had.

Jonathan explained to Clark about his origin but advised him to always have compassion, and sympathy for everyone in his heart.

Did you know Superman is the first-ever superhero who got his own solo comic strip series? He was first launched back in June of 1938 in the title Action Comics #1

. After only a year, from 1939 he appeared in his self-titled comic series.

Along with appearing in the Adventures of Superman, and the much-anticipated Annuals, he also made several appearances on the silver screen.

Superman has god-like powers, but he is highly vulnerable in front of magic. His powers might fluctuate depending on how much radiation he has absorbed from the yellow sun.

How Powerful Is the Captain Atom?

Captain Atom is a superhero character developed by DC comics. He made his first debut in the volume Space Adventures #33

Captain Atom was initially developed by Charlton Comics. But later DC acquired the rights for this character and introduced him after the post-crisis continuity. He was also a great influence on Doctor Manhattan.

Throughout the years, Captain Atom had 3 incarnations. But in all three versions, he was depicted as serving the military. He was also a member of the superhero alliance Justice League.

In Charlton Comics, the real name of Captain Atom is Allen Adam. He is a scientist by profession. One day, when he was experimenting in his laboratory, he accidentally atomized his entire body. After the event, he gained many superhuman powers and gained the title of the atomic powered being.

On the other and, in DC comics, he is a pilot for the US Air Force with the name Nathaniel Adam. He participated in a scientific experiment. The experiment backfired and seemingly disintegrated him. But he appeared soon after as Captain Atom who possessed many superhuman abilities.

AS depicted in the post-crisis era, Captain Atom’s powers are infinite, He is only limited by his imagination. His skin is entangled with the quantum field. This makes him capable of absorbing immense amounts of energy at his will.

In the role-playing game by DC, DC Heroes

(first published in 1985), Captain Atom was introduced as being second to only Superman.

Captain Atom can manipulate the energy fields to turn them into explosive bombs. These bombs are lethal as they trigger energy blasts. He uses his hands to direct the path for these energy blasts. He also possesses some powers to manipulate magic, and defend himself against them.

Superman Vs Captain Atom: Who Would Win?

Let us first compare Superman against Captain Atom in terms of their energy source. Superman gets his energy from the yellow sun. His Kryptonian DNA is capable of sucking in energy. Unlike humans, he does not need to drink or eat to stay strong. The longer he stays exposed to the sun, the more intense his superpower will get.

On the flip side, Captain Atom gets his energy from the quantum field. He can absorb infinite amounts of energy. To match the abilities of Superman, Captain Atom can boost his abilities by sucking in energy at an unknown level. So one point each for both.

Secondly, Captain Atom has indestructibility. In the comics, we have seen him withstand nuclear explosions. He can also self-sustain himself in space. He can live and even speak in space. So another point for Captain Atom.

When it comes to flight, Superman takes the winning spot. Superman can reach FTL speeds no matter where he is. On the other hand, Captain Atom can fly at the speed of sound on Earth and can travel at half the speed of light in a vacuum.

Captain Atom can manipulate the quantum realm and travel back, and forth into time. This gives him an advantage over Superman. He could easily travel in the future and learn everything about how Superman plans to defeat him beforehand.

We know what Superman’s biggest weakness is magic. Along with manipulating energy, Captain Atom can also manipulate magical powers. He also has access to different realities.

Captain Atom has a coating around his body named Dilustel. It is made from the alien portion Silver shield. It is resistant to fire, energy blasts, laser. This suit allows him to tap into the quantum field.

So far, Captain Atom has taken the top spot. Superman does have many abilities that exceed the powers of Captain Atom. But he is vulnerable against Captain Atom’s ability to manipulate magic and time.