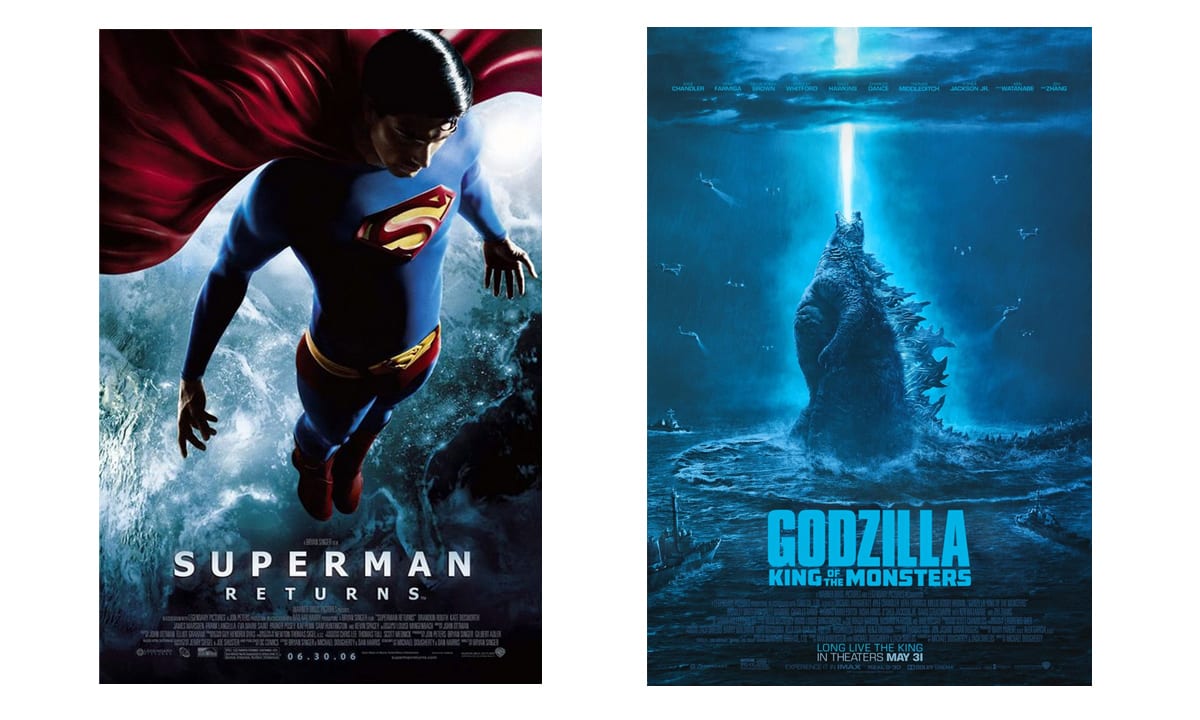 Superman and Godzilla are the two most powerful characters of their respective worlds. While the former represents the DC Comics Universe, the later is an enormous beast of the Monster verse. It would be a fight of a lifetime if both these immense storehouses of power clashed, and would be interesting to see who would win this death battle.

Superman would easily win a fight against Godzilla. He would be a very tiny but powerful moving target. Moreover, Godzilla’s signature weapon is the Atomic Breath (a type of nuclear-radiated beam) and there is no such evidence of Superman’s weakness to atomic or nuclear radiation. He can knock Godzilla down to the ground using only his sheer strength and no other abilities.

It is no secret that Superman is the most powerful force on the face of the earth. The Japanese kaiju Godzilla is in no way lesser than the Kryptonian Superhero. A detailed study of both these powerful characters would help us to reach at a concrete conclusion. Let us dive in!

Created by Jerry Siegel and Joe Shuster, Superman made his first appearance in the comic book Action Comics #1

(1938). Born as Kal-El on the dying planet of Krypton, Superman was sent to the planet Earth with a hope that he would be the last surviving Kryptonian. On earth, he was found by kindly Jonathan and Martha Kent. They raised him as their son Clark Kent and imbibed human and moral values deep into his personality. Although an alien to this world, Superman became the ultimate symbol of hope who fights with a conviction for truth, justice, and the American way.

The Kryptonian superhero is a storehouse of countless superhuman abilities. The powers and abilities of Superman have changed considerably since its inception in 1938. In Action Comics #1

, he showcases his superhuman strength by effortlessly lifting a car over his head. His superhuman strength enables him to perform physical feats which are beyond imagination, from moving a mountain top to creating powerful sonic booms with just the clap of his hands. He is strong enough to shift the orbits of the planets (DC Comics Presents #3) and durable enough that not even a nuclear bomb can harm him (Kingdom Come

Superman can go against the laws of gravity and can attain flight at above the supersonic and hypersonic speed. With his ability of superhuman speed, he can create a vortex and accelerate his molecular structure to achieve various effects. He can easily react and maneuver to any danger and perceive the world in slow motion using his superhuman reflexes. His mind is capable of perceiving femtoseconds and attoseconds (Action Comics #1000

Superman can project fire beams of intense heat by looking at the target. This ability is known as heat vision and was introduced in Superman #59 (1949). His last resort power is also a type of heat vision known as the Super Flare. This ability allows him to immediately expel all his stored energy into a colossal outburst of explosive force. It completely drains all his powers and renders him virtually to a human being until his complete recovery.

In Action Comics #20 (1940), the ability of superhuman breath was introduced. It enables Superman to blow as well as inhale a huge amount of air. He can freeze targets with his ability of “freezing breath” which was first demonstrated in Superman #129

(1959). Longevity, self-sustenance, invulnerability, superhuman stamina are some of the few other superhuman powers of the Superman.

The immense strength and power of Superman can be estimated from the statement made by Batman in his files, where is said that Superman has the power to tear the whole world apart, as easy like move with his little finger. But with all his Godlike power, Superman’s weakness to kryptonite and magic can prove to be his Achilles heel.

Godzilla is an enormous and destructive sea monster who originated from a series of Japanese films in the 1950s and became a pop phenomenon worldwide. The king of monsters, Godzilla is an unpredictable beast who was awakened and empowered by nuclear radiation. He made his first appearance in Ishiro Honda’s 1954 film by the same name “Godzilla”. The character is mostly depicted as an anti-hero, sometimes mankind’s greatest friend and sometimes the worst foe.

Weighing about 25000 tons, Godzilla is a 122.5 meters tall beast possessing nuclear energy that generates within his body. His signature weapon “Atomic Breath” is a blue or red laser-like atomic heat beam that he unleashes from his jaws. Using this ability, Godzilla can destroy any man-made structure and wound other kaiju (monsters). Godzilla has also developed a red blast called spiral heat ray, which reached its peak of destruction in Godzilla vs. Destroyah. In this movie, he attained the form of Burning Godzilla, emitting an enormous wave of radioactive energy from his body.

Godzilla is a gigantic monster who possesses immense physical strength and muscularity. He can pick up and throw monsters that are three times his size. He is immune to conventional weaponry like missiles and tanks due to his rugged skin. His razor-sharp claws and teeth complement his strength in any form of combat. He possesses an immense capability of regeneration and cannot be destroyed by anything less powerful than a nuclear explosion.

Characterized by a threatening sounding roar, Godzilla has the capacity to destroy cities with tall skyscrapers in minutes. A monster of such a gigantic shape is still very agile; he can be seen dodging missiles from supersonic jets and even wiping out a few jets with his tail. Godzilla has been depicted with different abilities in different television shows, films, and comics. For instance, Godzilla is shown possessing the atomic pulse in the film Godzilla vs. Ghidorah. Other abilities such as magnetism (Godzilla vs. Mechagodzilla 1974 film), precognition (Godzilla vs. Biollante 1989), fireballs (Godzilla: Destroy All Monsters Melee 2002), an electric bite (CR Godzilla Pachinko 2006), superhuman speed (Zone Fighter 1973), laser beams emitted from its eyes (GodzillaTV series 1978), and flight (Godzilla vs. Hedorah 1971) were also depicted.

Superman vs. Godzilla: Who Would Win

Superman would come out victorious in a fight against Godzilla but it won’t be an easy victory. The animated short film featuring the Arctic Giant depicted a Godzilla-esquisse scenario. Superman was able to easily pin down that monster. But it would be foolish to compare the Arctic Giant and Godzilla on the same footing and reach on the conclusion of Superman’s victory.

Godzilla is not just an enormous beast like the Arctic Giant but possesses several abilities. Apart from his signature weapon atomic breath, Godzilla is said to have different abilities like nuclear pulse, superhuman speed, and even flight and agility with his gigantic physique. These powers clubbed together can prove to be very lethal. The advantage that Superman has over Godzilla is his flight and his size. Superman is comparatively a very tiny moving target to the beast and it would be difficult for him to get a hold of Superman. Superman can use this factor combined with his ability of hypersonic flight to bash Godzilla without giving a fraction of a second for the monster to react.

The other way around for Superman is to lob the beast to outer space and protect mankind from the unwanted carnage. But this might result in a greater risk of Godzilla mutating with more powers. The space Godzilla is said to have originated from a few cells of Godzilla which were exposed to radiation of a black hole.

From the standpoint of Godzilla, if he gets hold of Superman, he can obliterate him using his atomic breath or nuclear pulse. Now, this is just a theory. It would be very hard to understand the impact of Godzilla’s nuclear or atomic power on Superman as there is no evidence of Superman’s weakness to any nuclear radiation other than the kryptonite. So, it would be wise to conclude that Superman who has the strength to shift orbits of the planets can easily take down the king of the monsters, Godzilla.